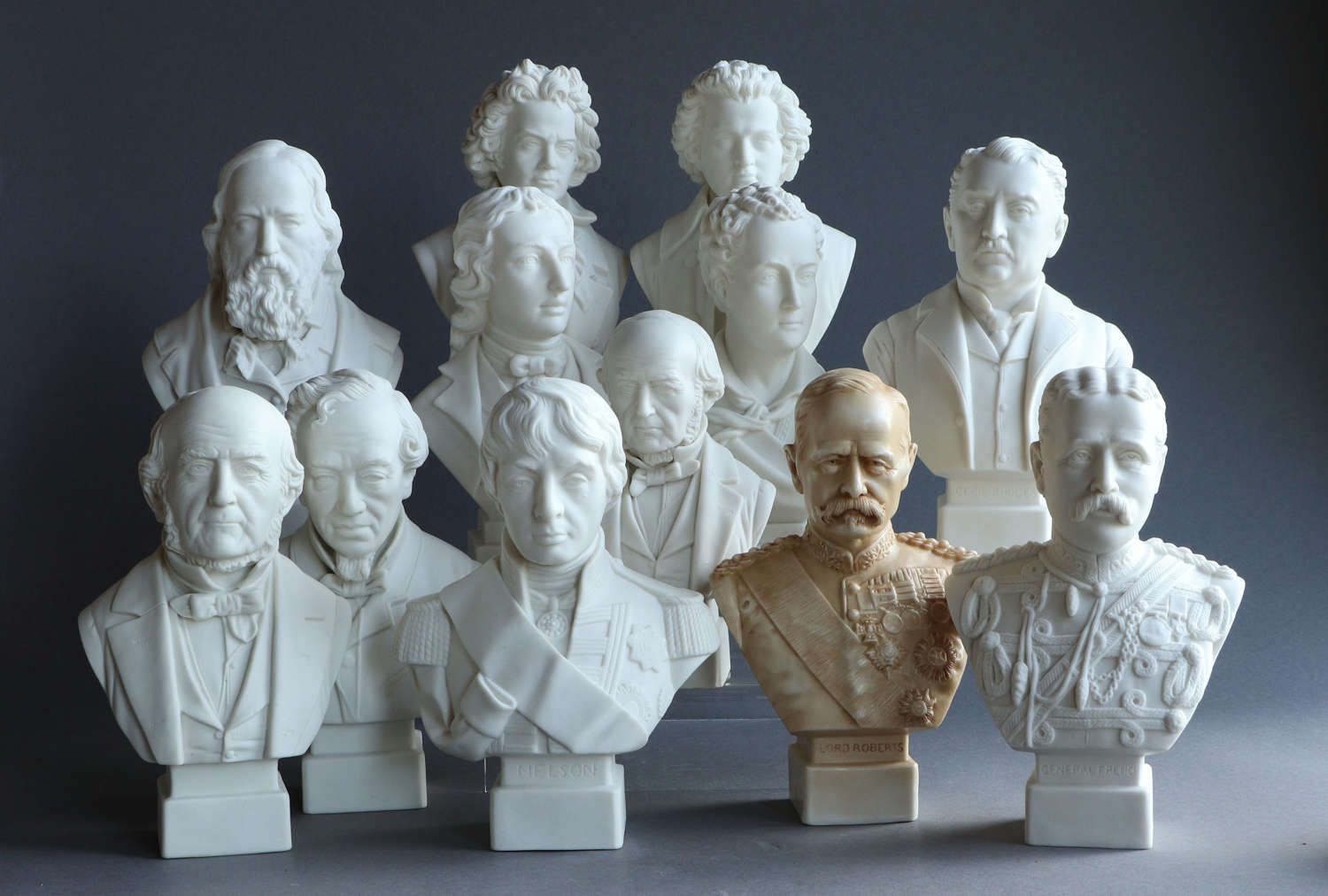 We have recently been able to put together a good assortment of the always collectable small Parian busts with integral socles.

A group photograph is attached of the busts we have available.  The busts are in good condition, although there is a small chip to the collar of Tennyson’s jacket on the left shoulder.  The busts, and offer prices, are as follows:

The busts are by Robinson & Leadbeater with the exception of the poets Southey and Byron, which are by Goss.  The smaller bust of Gladstone is unmarked, but could well also be by R&L.  As can be seen, the R&L bust of Lord Roberts was produced with a brown glaze over the Parian body.  As an indication of size, the bust of Nelson is 8” tall, and the smaller bust of Gladstone is 7” tall.

Postage is additional to the above prices.

Further information and photos can be provided on request. 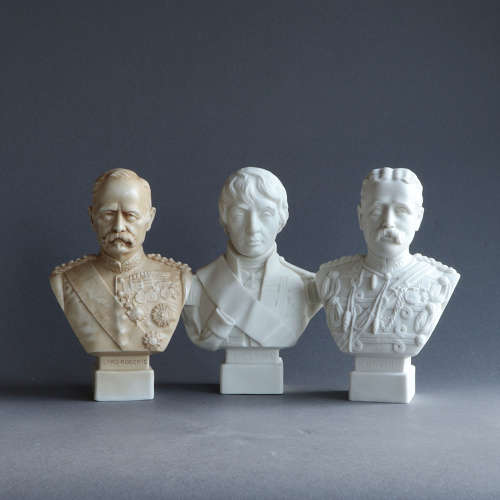 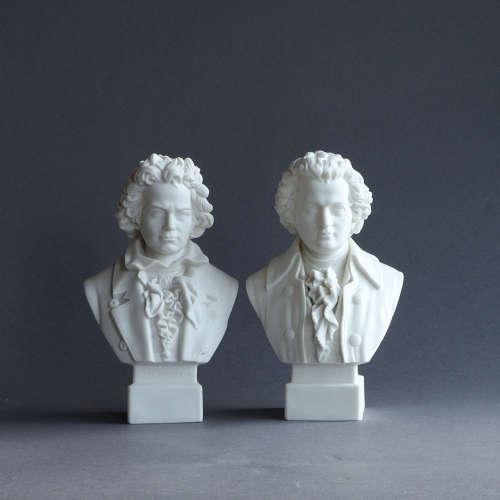 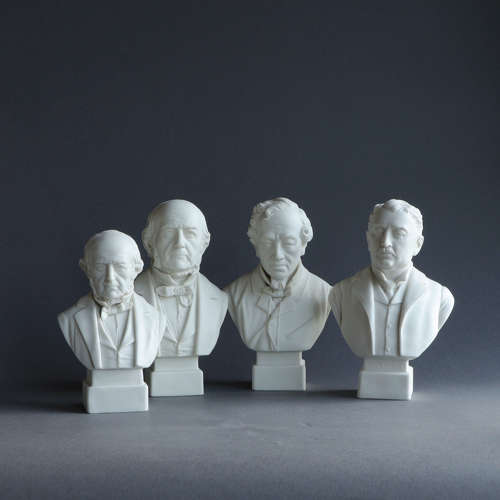 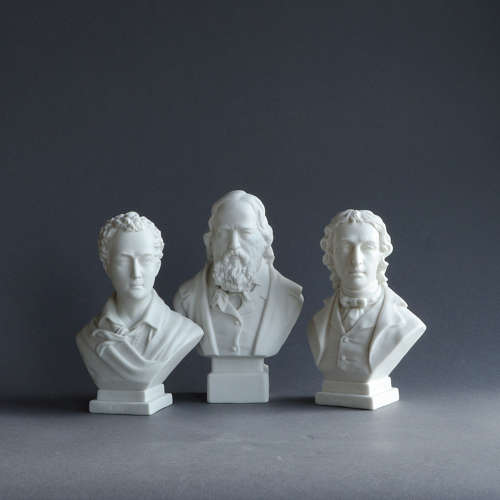