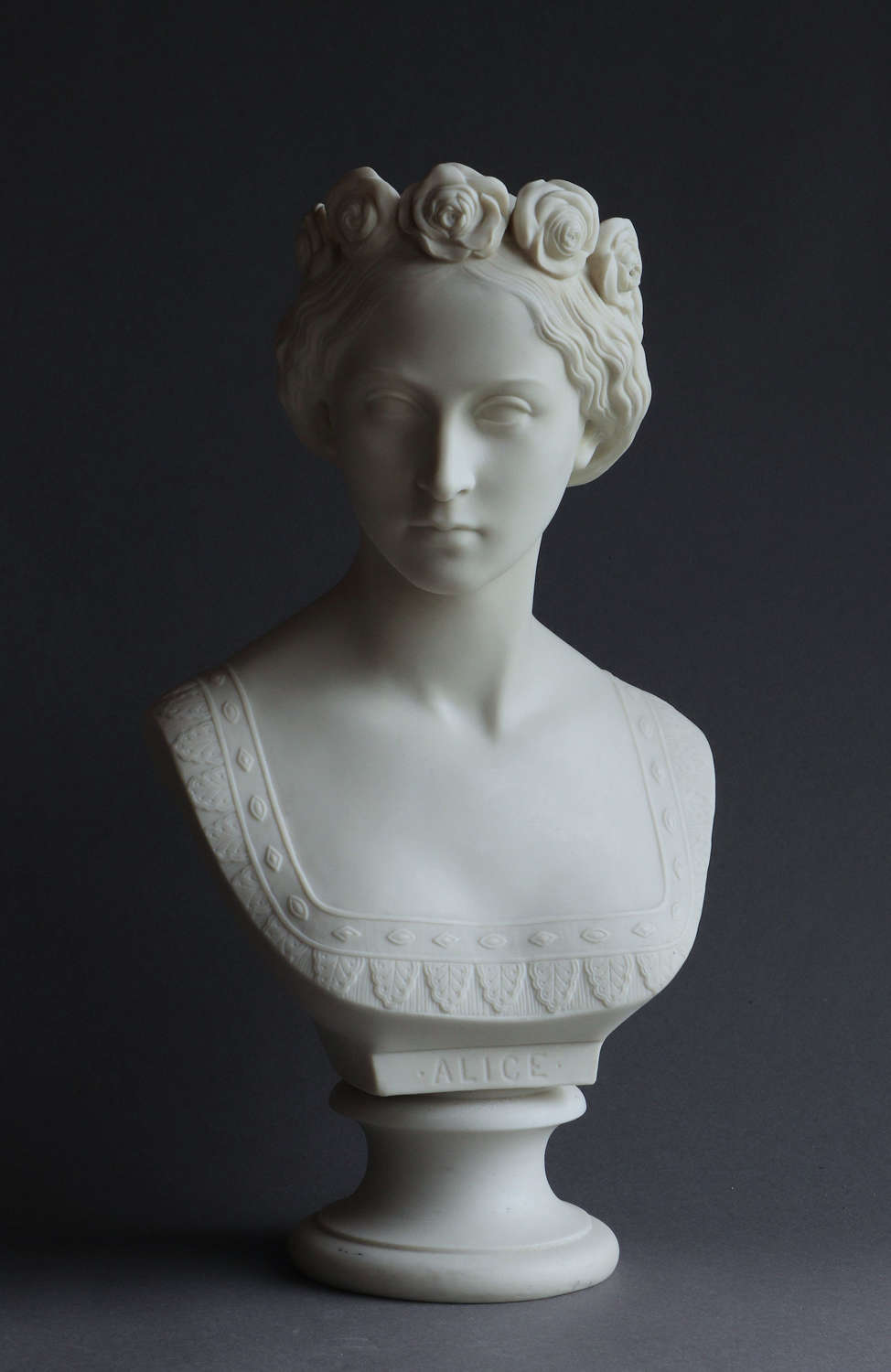 A rare Copeland Parian bust of Princess Alice by Mary Thornycroft for the Art Union of London 1879. Height: 39 cm (15½ “)

Princess Alice was the second daughter and third child of Queen Victoria. She was an ancestor of Louis Mountbatten, 1st Earl Mountbatten of Burma, and of Prince Philip, Duke of Edinburgh.

Mary Thornycroft sculpted a number of statues of some of Royal children for the Queen, as did other sculptors. The Queen’s house on the Isle of Wight, Osbourne House, still contains bronze or marble originals and Parian versions. This bust was originally sculpted in 1862.  According to the references below thirty copies were produced for the Art Union of London in 1879 after the Princess’s death in late 1878.

Condition Very good – there are two over-sprayed faint firing lines, one on the forehead. 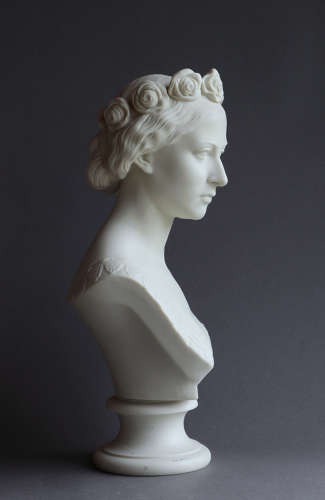 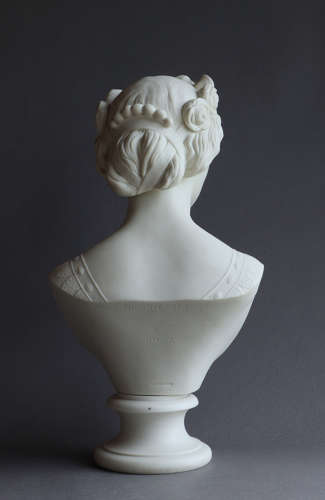 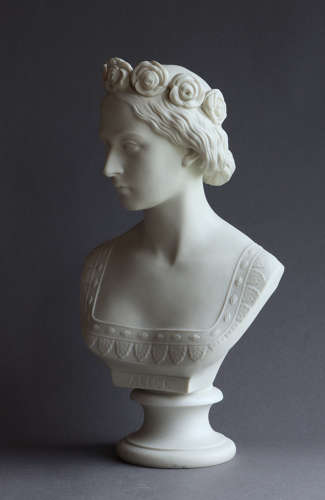 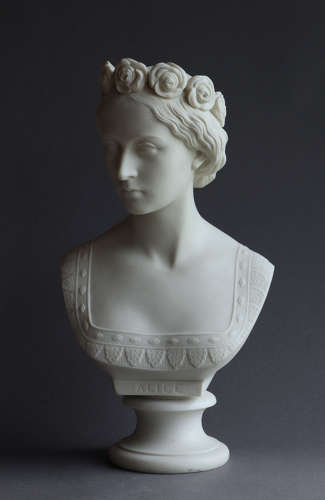 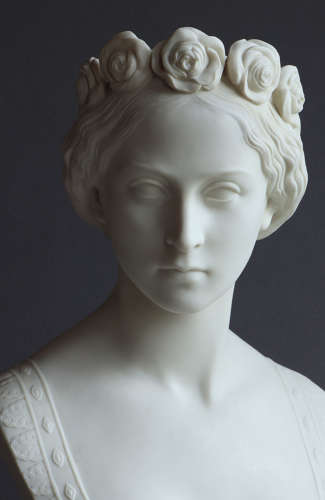 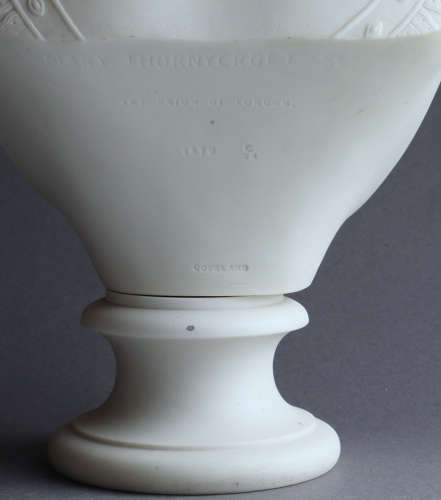