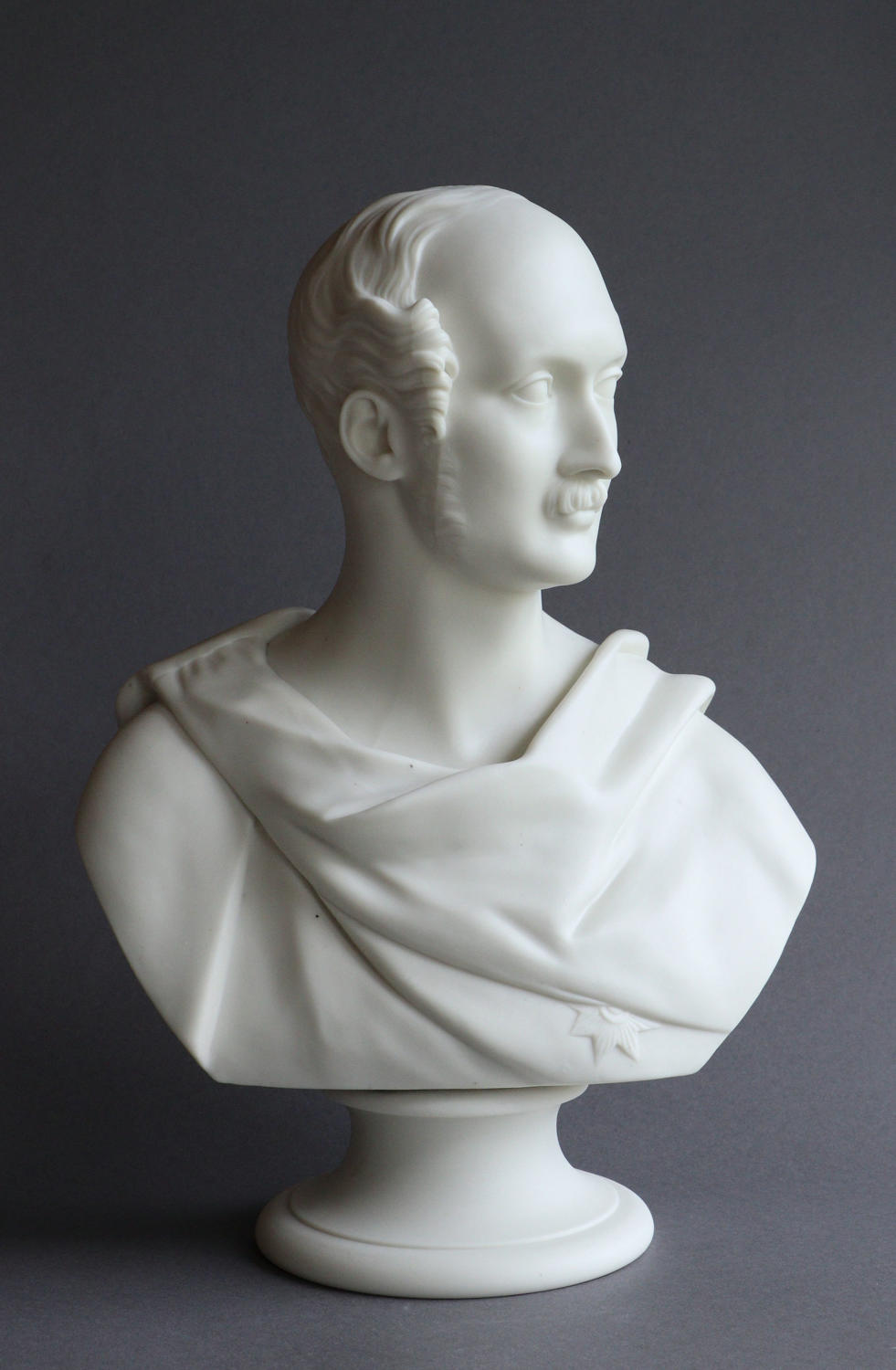 A fine Worcester bust of Prince Albert by Ernest Jones.  The bust is marked E J Jones Sculptor, WH Kerr & Co, Worcester.  Kerr & Binns were the Worcester porcelain manufacturers from 1852 until 1862 when the Worcester Royal Porcelain Company Ltd “Royal Worcester” was formed. This bust is illustrated in The Parian Phenomenon page 202 fig 662, where it is dated 1855.  Height 35.5cm (14”)

Condition: This bust is in excellent condition. There are a few firing lines to the base of the bust. The bust is fixed to the socle with slip. 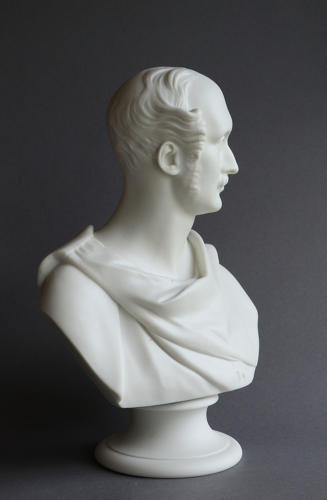 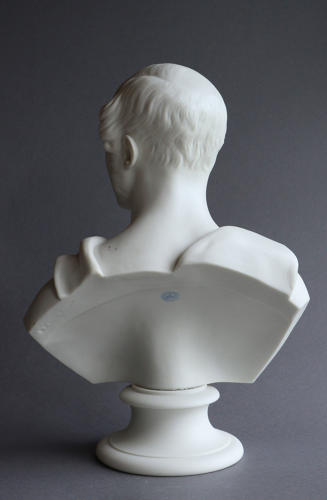 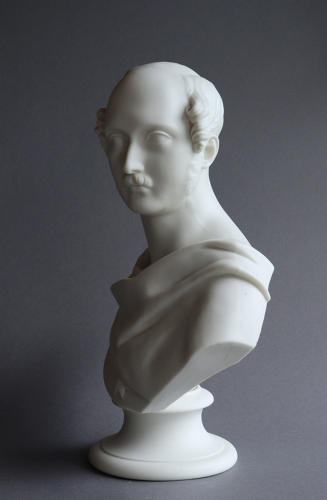 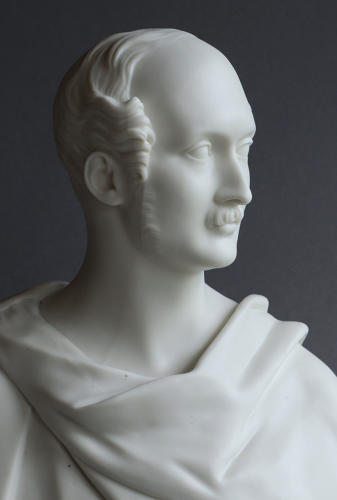 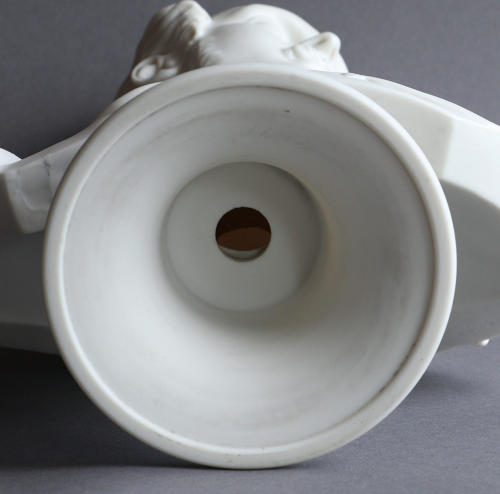 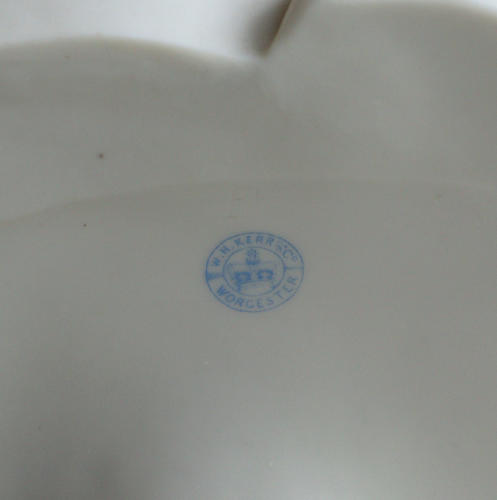 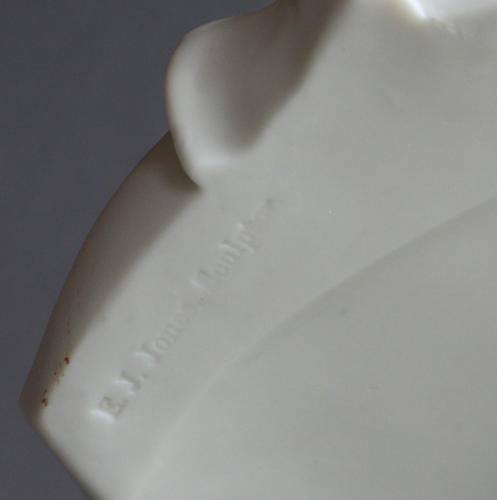