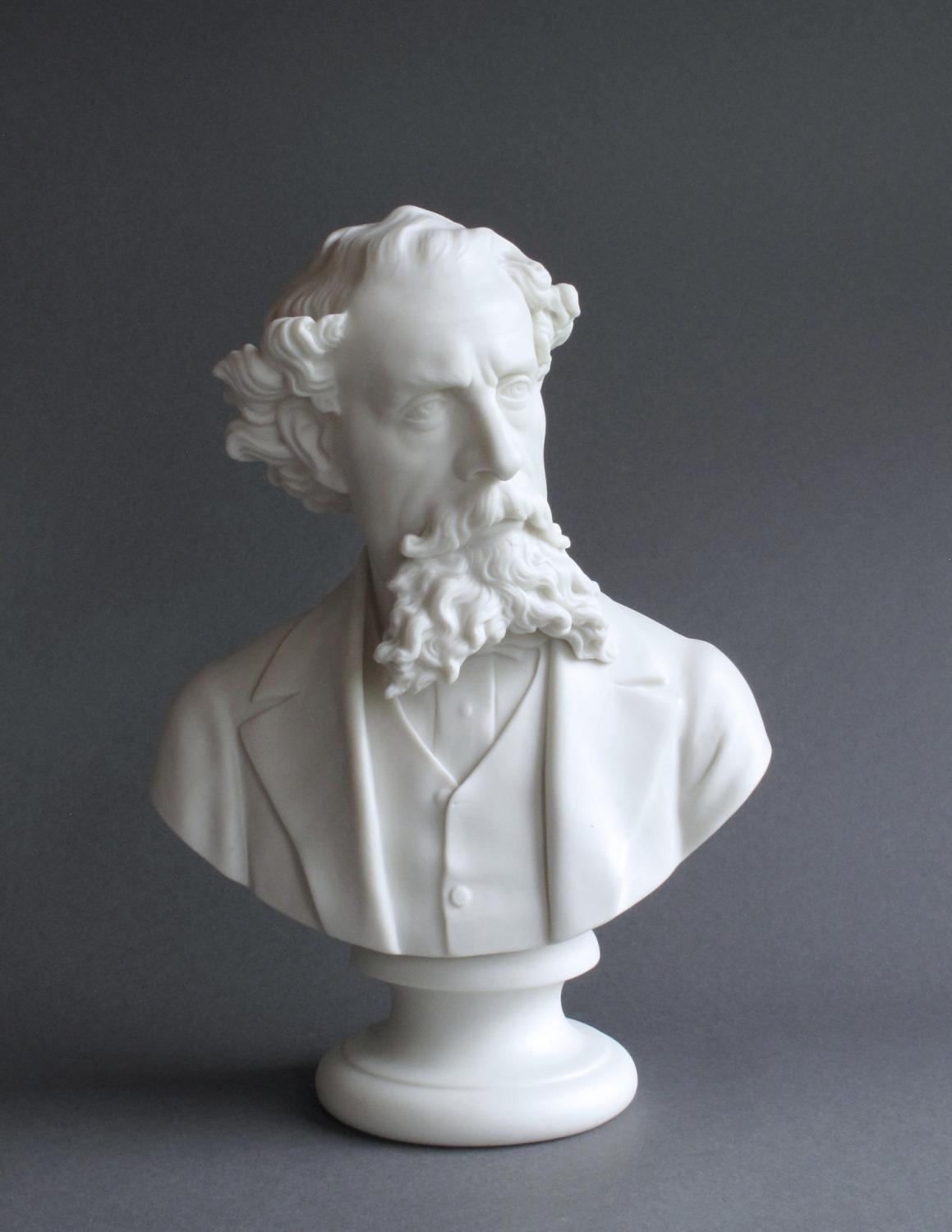 A large and well-modelled Parian bust of Charles Dickens with a separate socle from the last quarter of the 19th century, probably by Robinson & Leadbeater. There are no maker’s marks.

Charles Dickens (1812 –1870) was an English writer and social critic known principally nowadays for his novels. These were originally published in instalments and were immensely popular in all parts of society. His gift for caricature produced some of the most memorable fictional characters although he has been accused of sentimentality in his depiction of “good” people. He used his writings to draw attention to the circumstances and misfortunes of the poor and disadvantaged within society.  Charles Dickens remains an extremely popular author today and his books are regularly turned into films and television serials, providing great opportunities for character actors.

A small version of this bust with an integral square socle is illustrated in “The Parian Phenomenon” page 233 fig 765.

Condition:  This bust is in excellent condition. 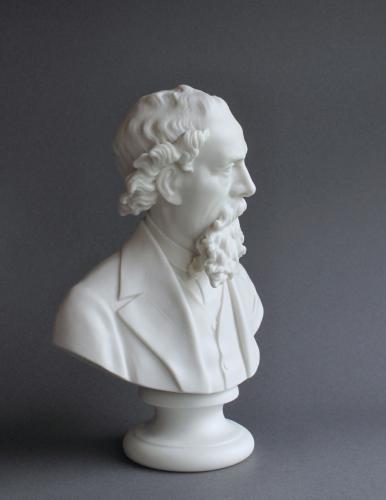 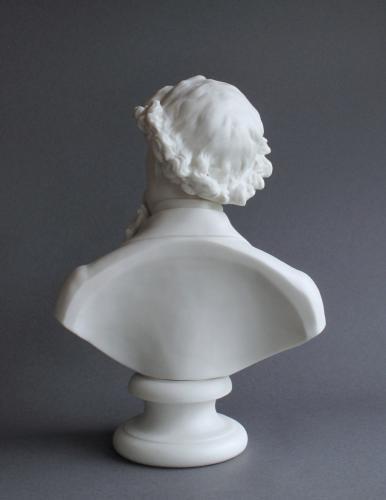 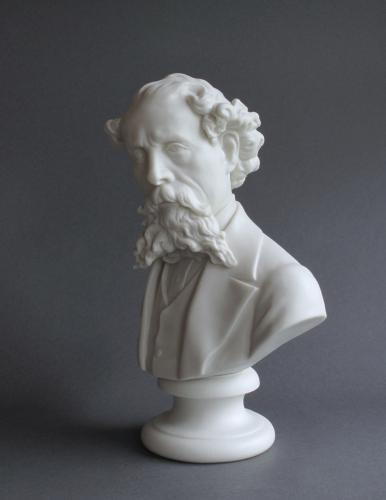 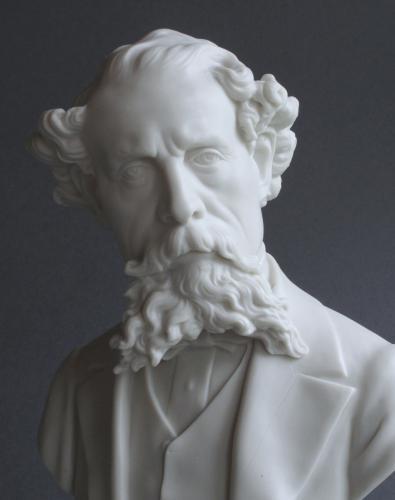 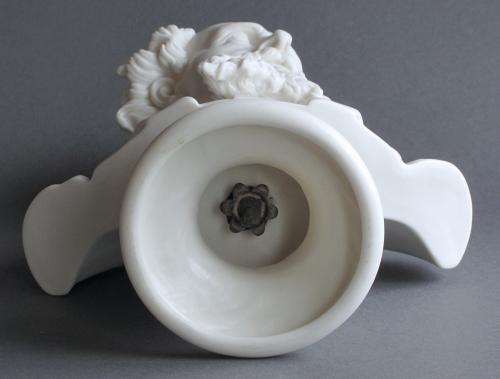