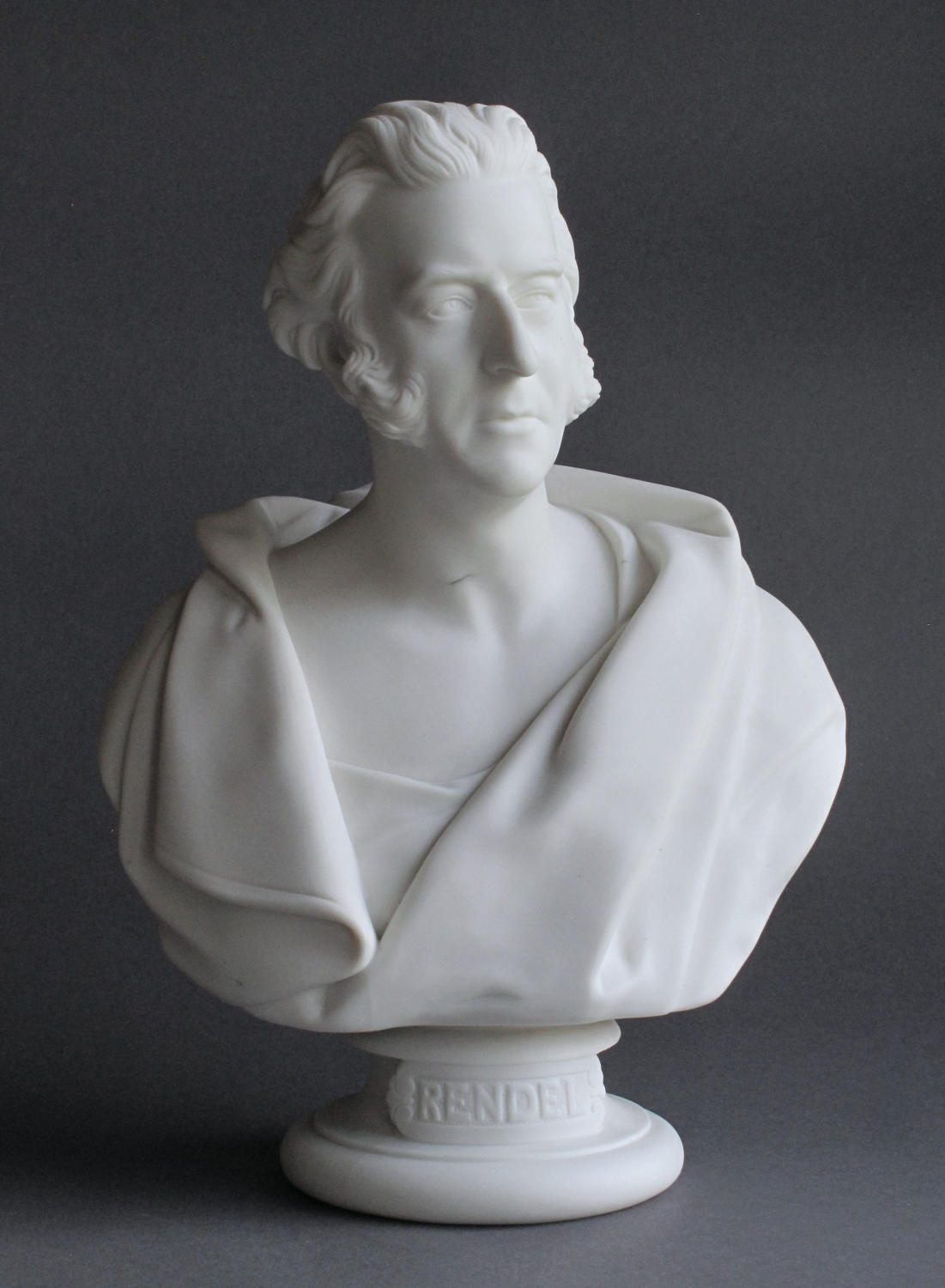 A fine Parian bust of the civil engineer James Meadows Rendel by Minton from the sculpture by Edward W Wyon. The bust has a separate socle and is marked 'Edward Wyon Sculptor 1855'. It carries the Minton ermine mark and an indistinct impressed registration diamond.  It is illustrated on page 128 of The Parian Phenomenon, fig 473.  Height 27.5cm (11”)

Rendel (1799 – 1856) was a bridge builder and constructor of harbours. His four sons were also important engineers. Rendel became a fellow of the Royal Society in 1843, he served two terms as president of the Institution of Civil Engineers and was awarded the grand medal of honour at the 1855 Paris Exhibition.

This bust is in excellent condition. It has a short dark kiln mark on the chest. 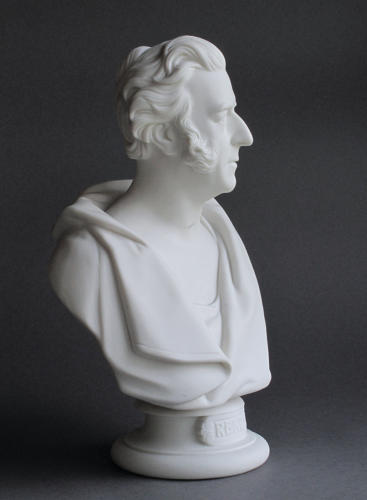 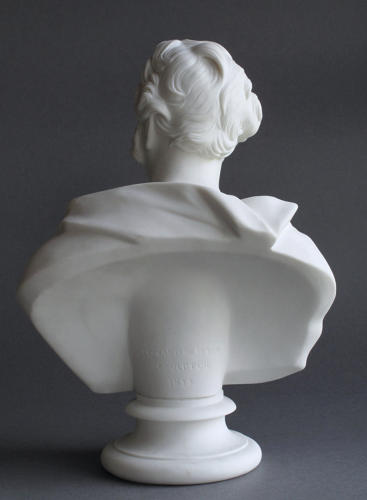 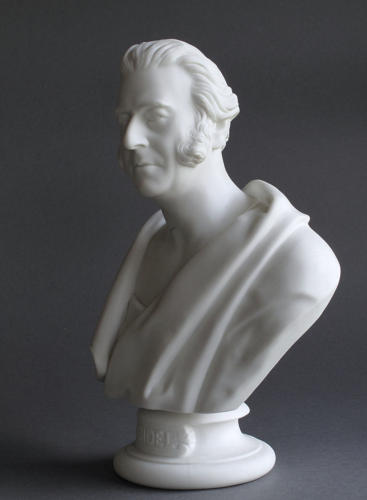 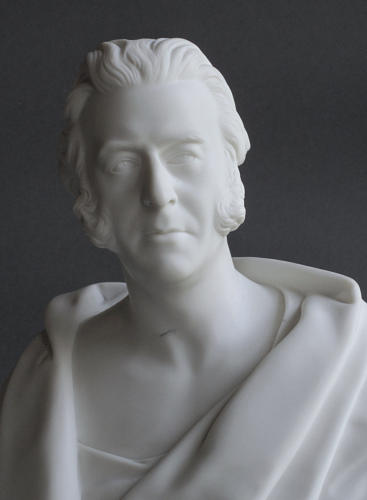 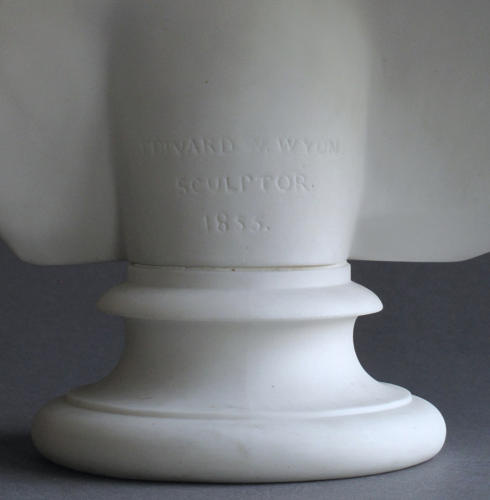 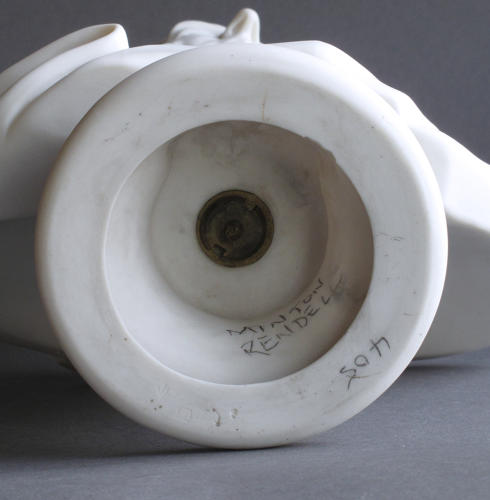