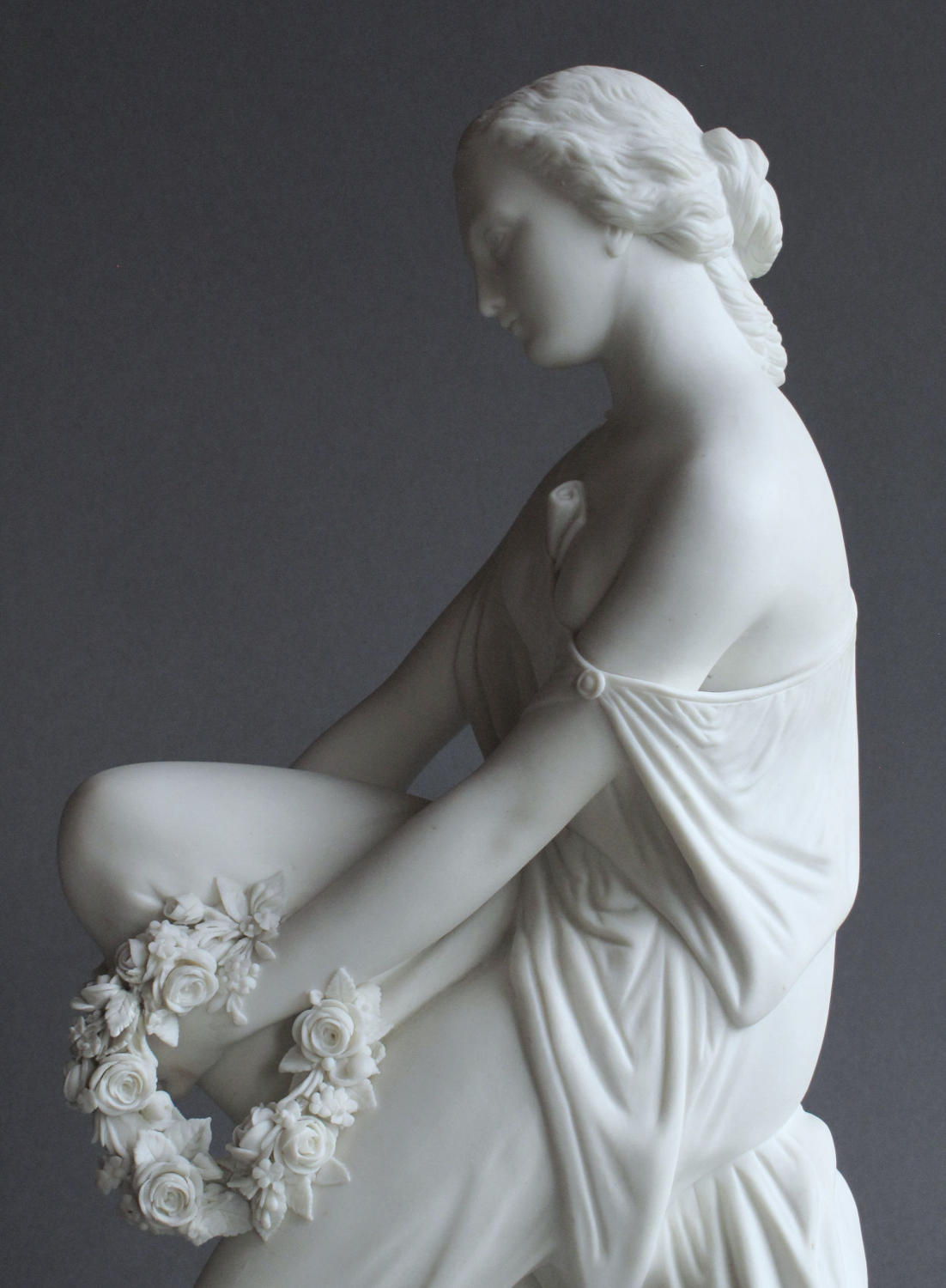 A Minton Parian figure of Lalage

A beautiful Parian figure of Lalage, shown seated on a rock with a wreath of flowers over her arm, by Minton from the sculpture by John Bell. The original marble statue was exhibited at the Royal Academy in 1856 and the Parian version at the 1862 International Exhibition. Unmarked, but this figure is almost certainly by Minton. “John Bell” is inscribed at the rear.  A scroll, perhaps inscribed with one of Horace’s poems, is thrust into the top of her gown.  Height 41cm (16”)

The figure is illustrated on page 90 of The Parian Phenomenon, fig 145.

Lalage was the muse of the Roman poet Horace (1st Century BC) who professed his love in the ode ‘Integer vitae’:

'set me down in a land denied habitation,
where the sun’s chariot rumbles too near the earth:
I’ll still be in love with my sweetly laughing,
sweet talking Lalage'

Condition  This figure is in very good condition.  A section of the floral wreath had broken away and has been re-fixed, and two loose flowers have been fixed back in place.  The amount of work involved in making (by hand) this wreath of flowers is impressive! 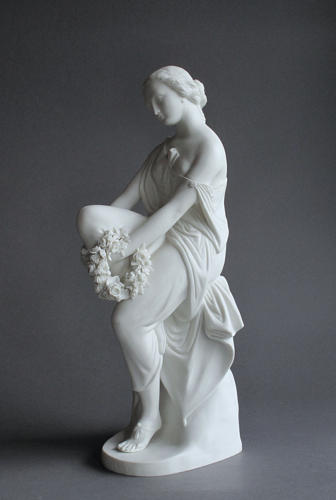 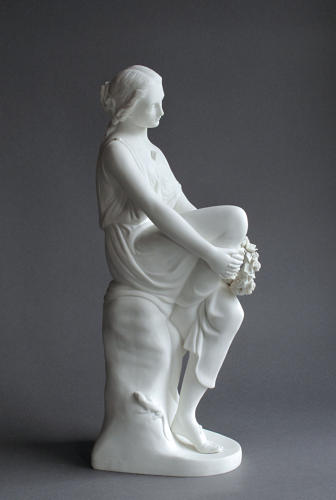 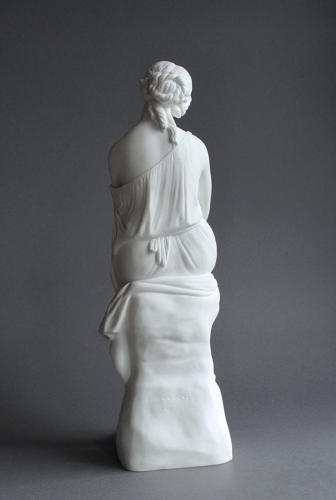 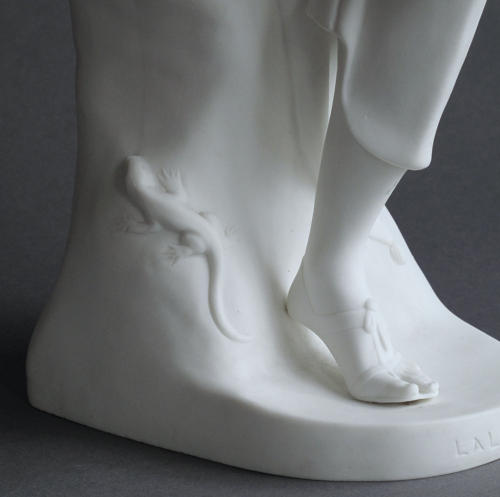 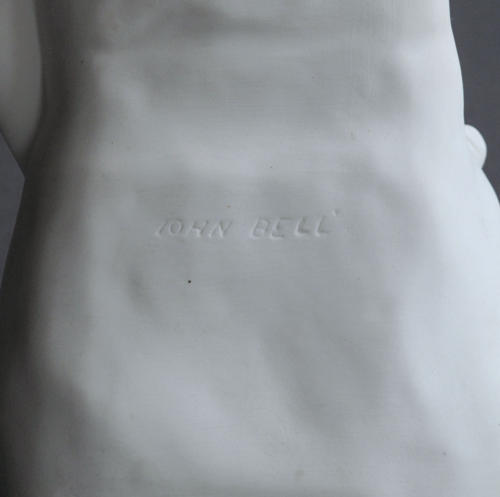 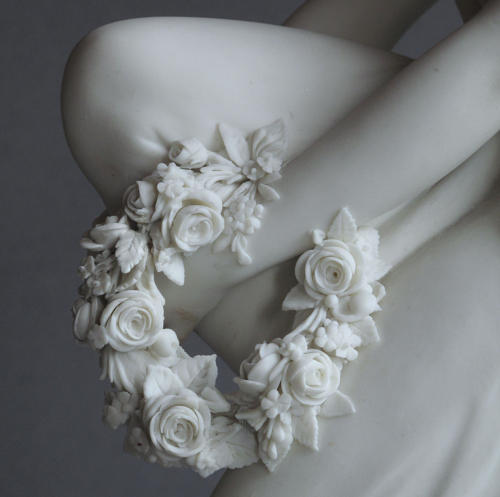 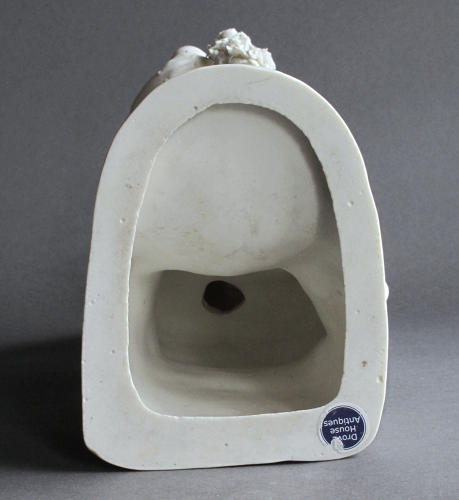