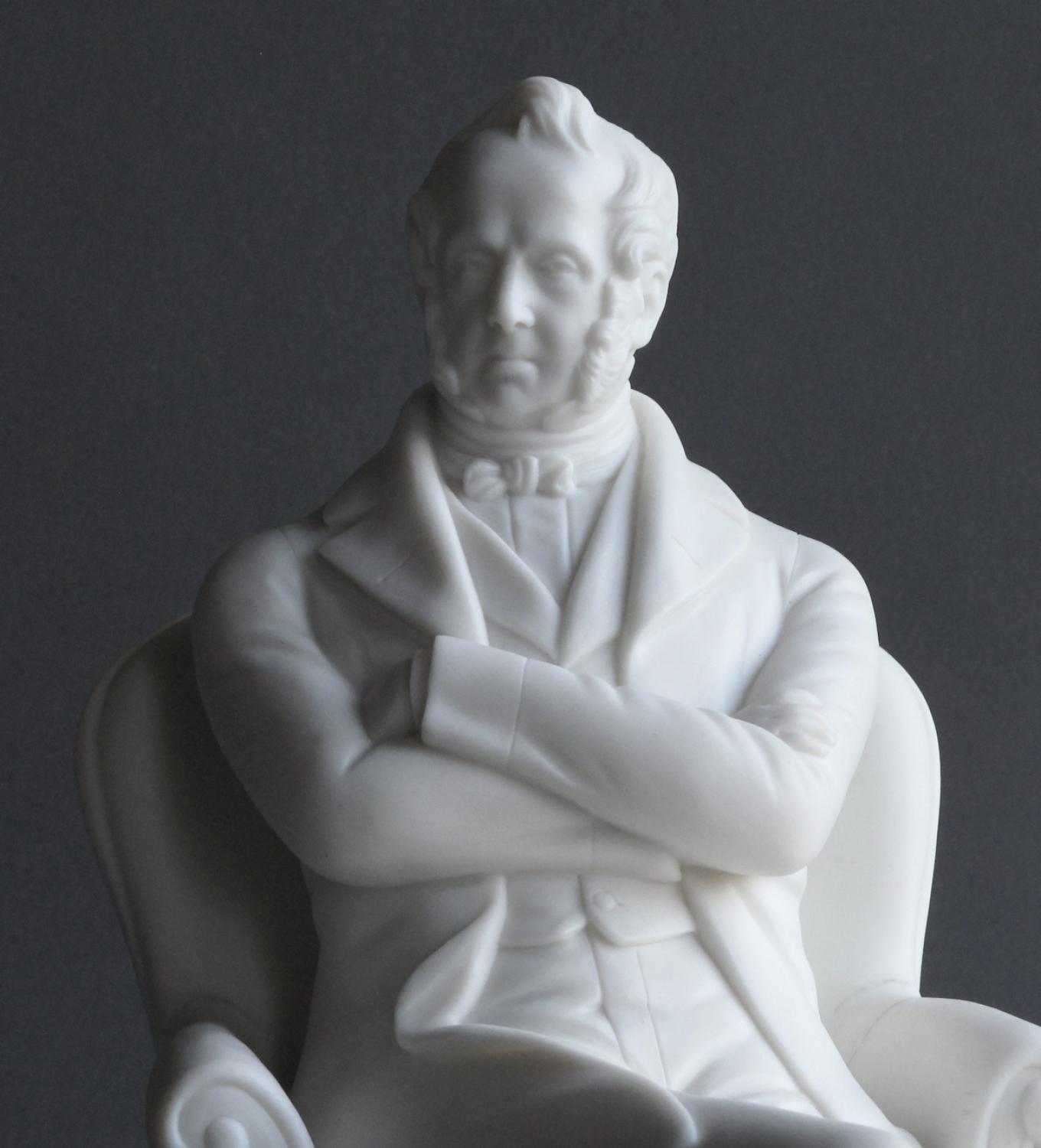 A rare Parian seated figure of Lord Palmerston by Minton, with the date code for 1865.

Palmerston is principally remembered for his robust approach to foreign affairs where his main aim was to advance the national interests of England, using the threat of war if necessary. Another significant characteristic was his active opposition to the slave trade. He was also known not to get on with his Chancellor of the Exchequer, Gladstone, and for his unpopularity with Queen Victoria.

The figure, sculpted by George Abbott, depicts Lord Palmerston looking somewhat stern and leaning back in his chair with his knees crossed and his arms folded. The crest with the coronet and the letter “P” is at the front of the base.

The figure is finally detailed; note particularly the expression on the face and the moulding of the fringe at the bottom of the chair.

This figure is illustrated on page 87 of The Parian Phenomenon, fig 137.

The figure has some small firing faults but is otherwise in excellent condition. 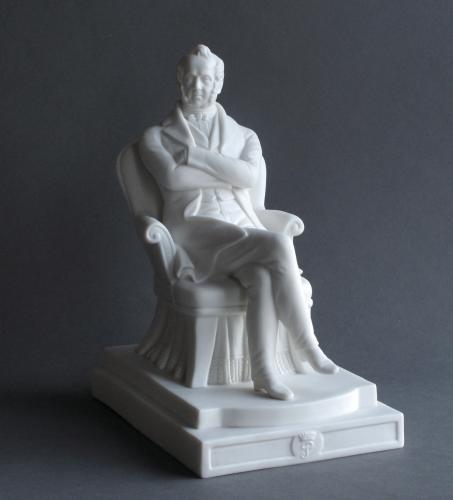 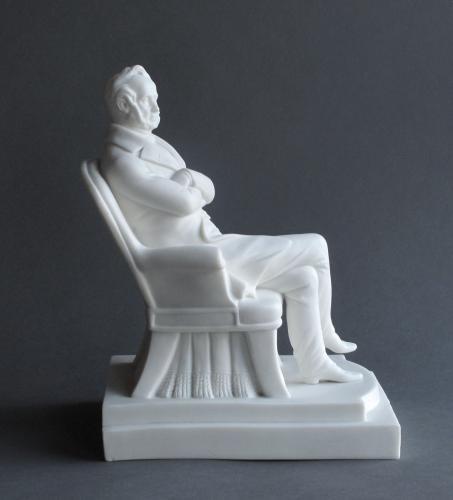 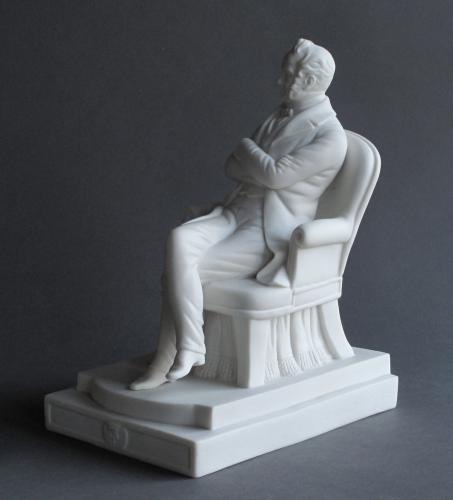 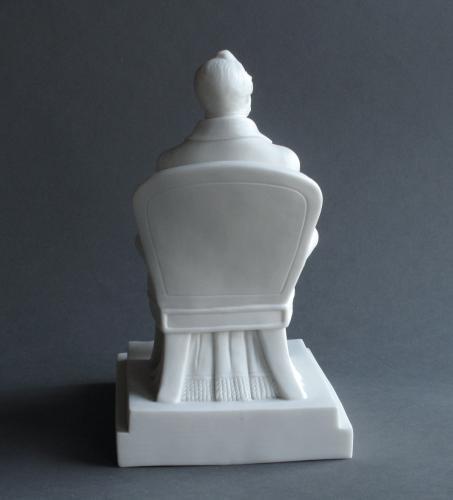 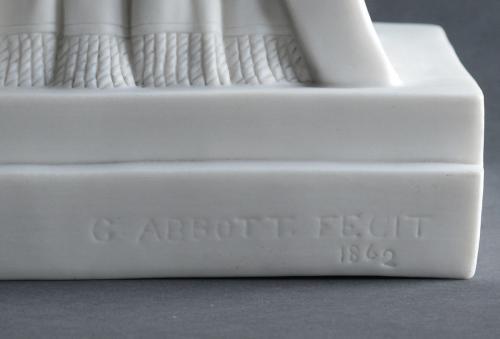 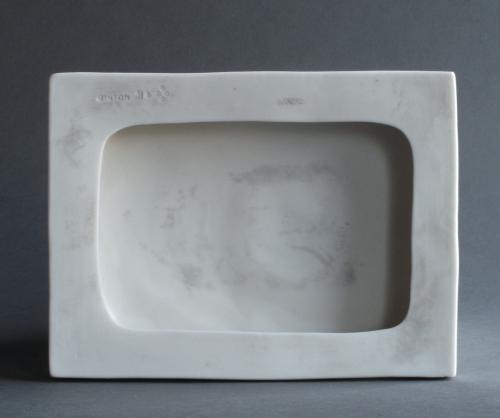 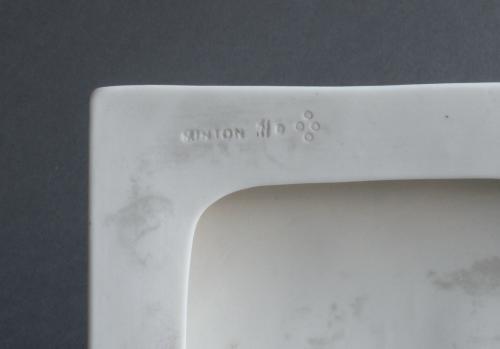