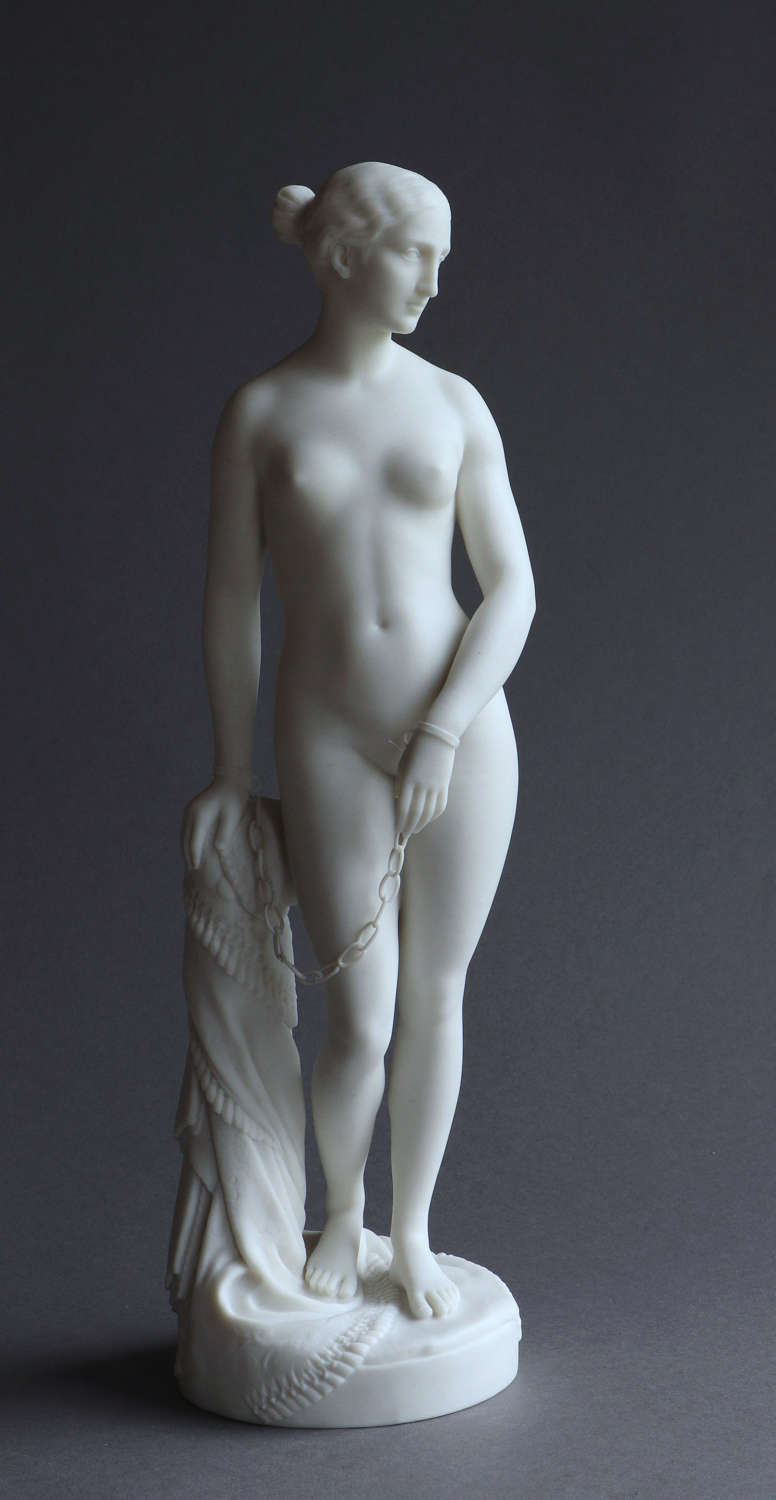 A Minton Parian figure of the Greek Slave

A Minton Parian figure of the Greek Slave, unusually with the original chain,  from the popular sculpture by the American Hiram Powers (1848). The original marble was exhibited first in London in 1845 with another marble example shown at the Great Exhibition at the Crystal Palace in 1851, following a successful tour of the United States. Powers made and sold six or eight marble versions altogether. Parian versions were produced by various manufacturers. Height 35½cm (14“)

The sculpture was used as an important symbol in the anti-slavery cause but was possibly originally made to reference the Greek War of Independence (1821 -32).

A marble version is illustrated in The Parian Phenomenon page 42, Fig 53.

This figure is illustrated in the “Parian Phenomenon” page 70 fig 100.

Condition Excellent except for some losses and thread repairs to the porcelain chain. 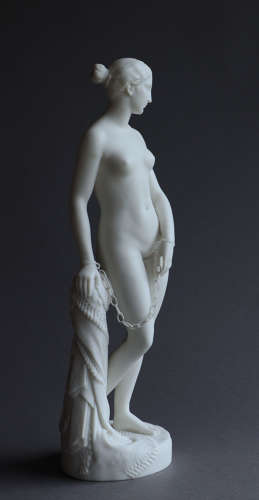 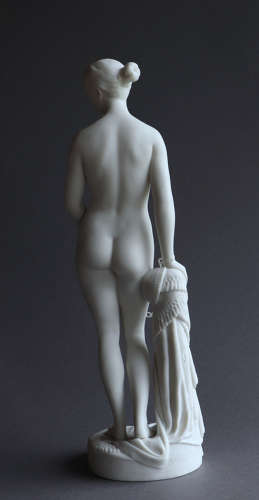 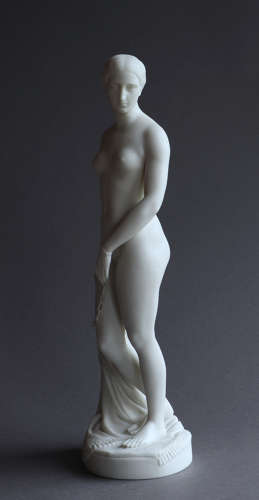 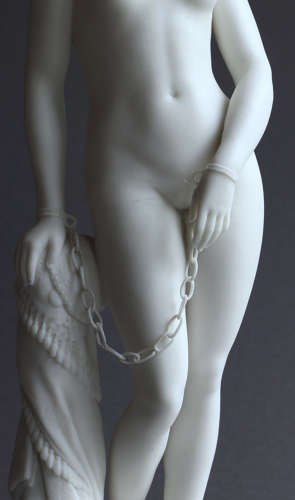 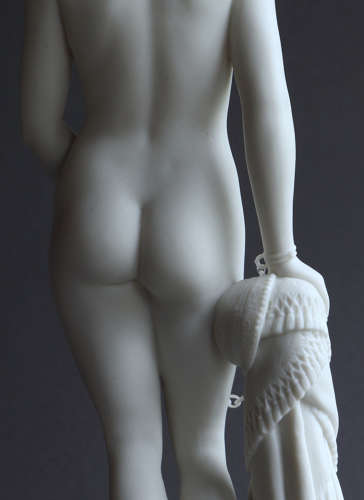 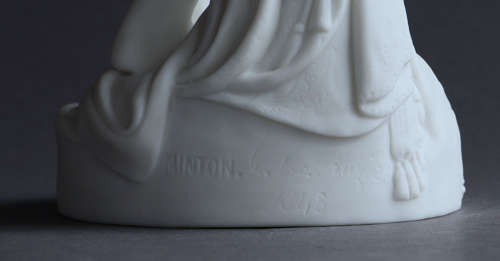 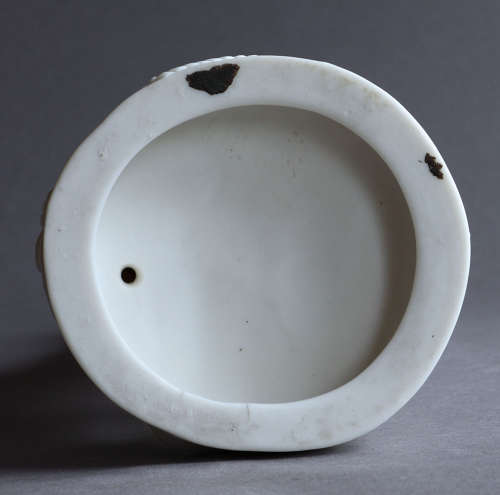