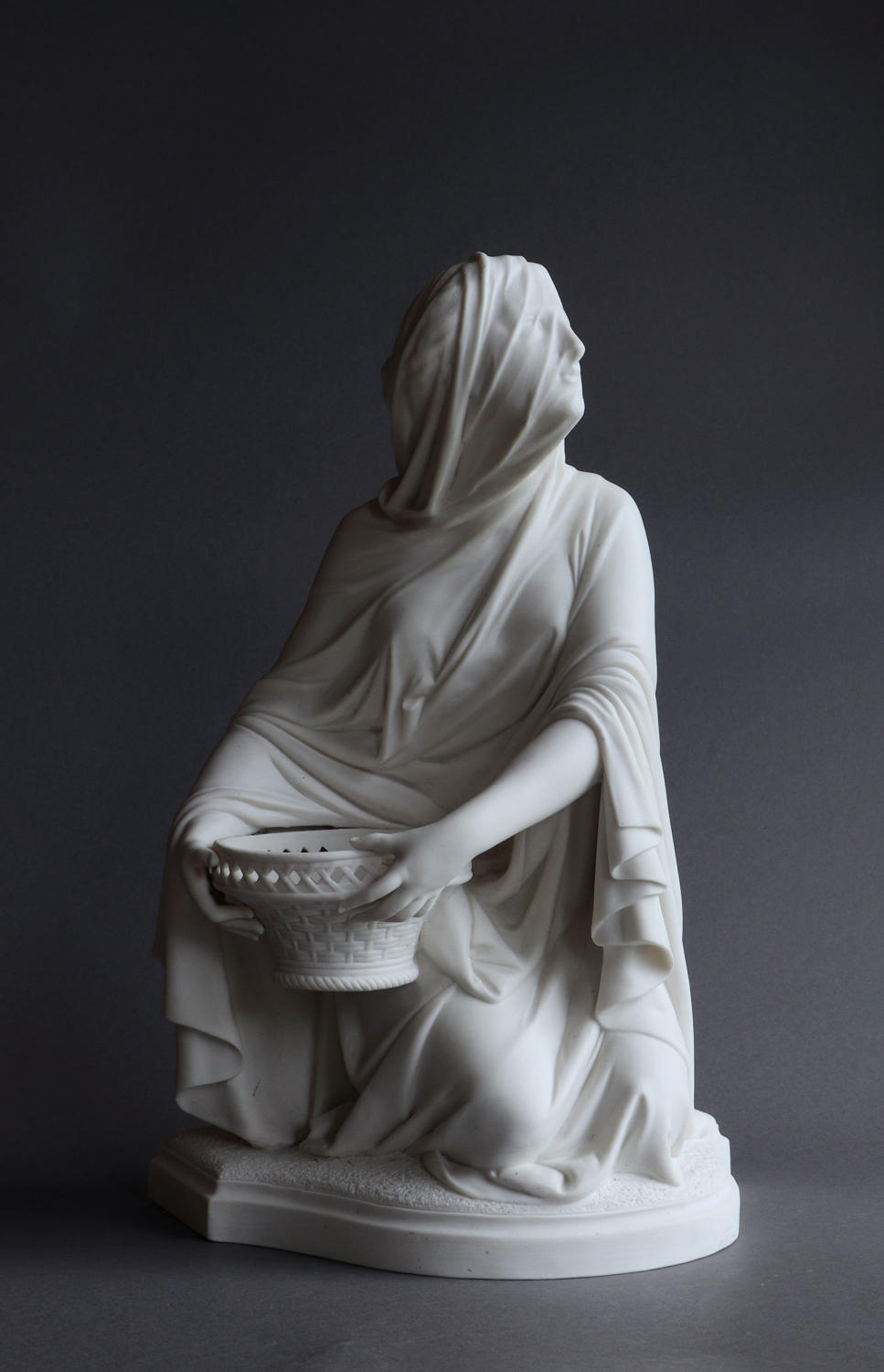 A Minton Parian figure of the Vestal Virgin by Carrier-Belleuse

A Minton Parian figure of the Vestal Virgin by Carrier-Belleuse.  This striking figure shows the veiled virgin holding a bowl and looking upwards. It was originally modelled in c. 1854 by the French sculptor Albert-Ernest Carrier-Belleuse. Vesta was the Roman goddess of the hearth and Vestal virgins were priestesses of Vesta who guarded the eternal flame in ancient Rome, ensuring it would never go out and thus ensuring the safety of the city.  It is possible that the tray held by the figure was intended to hold matches (know as vestas in the Victorian period).

Condition: This figure has a flat chip at her rear left base (see photos).  (It would be straightforard to restore this, but the chip is not visible when the figure is viewed from the front.)  Otherwise the figure is in excellent condition. 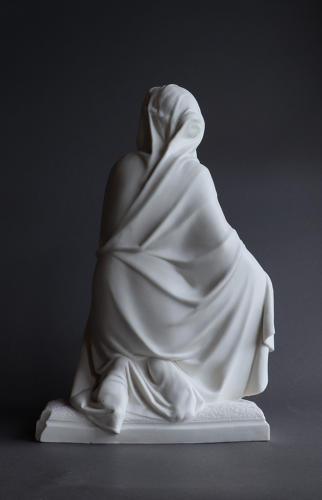 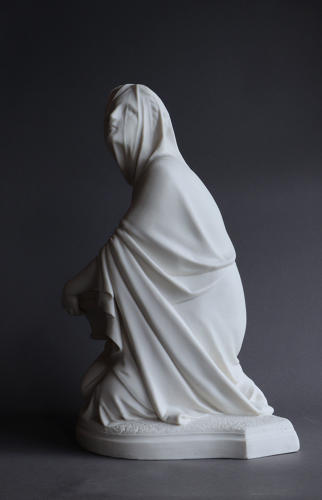 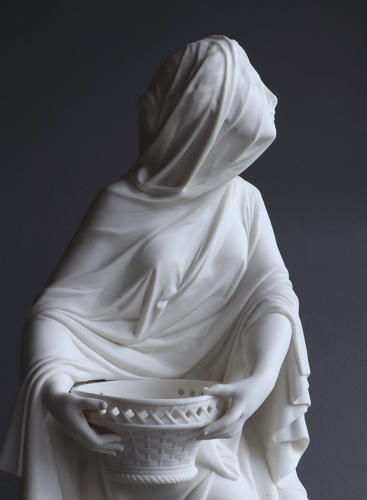 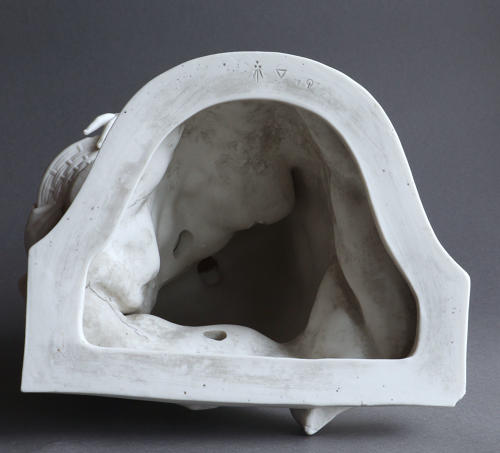 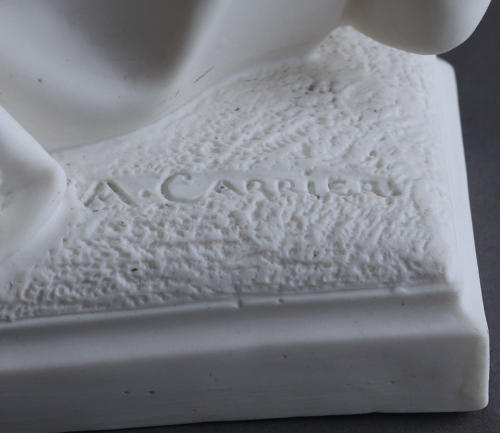 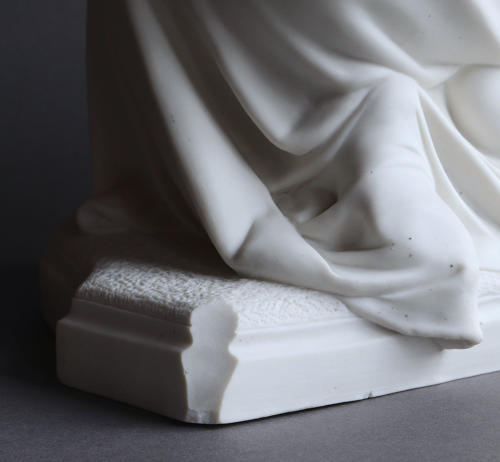