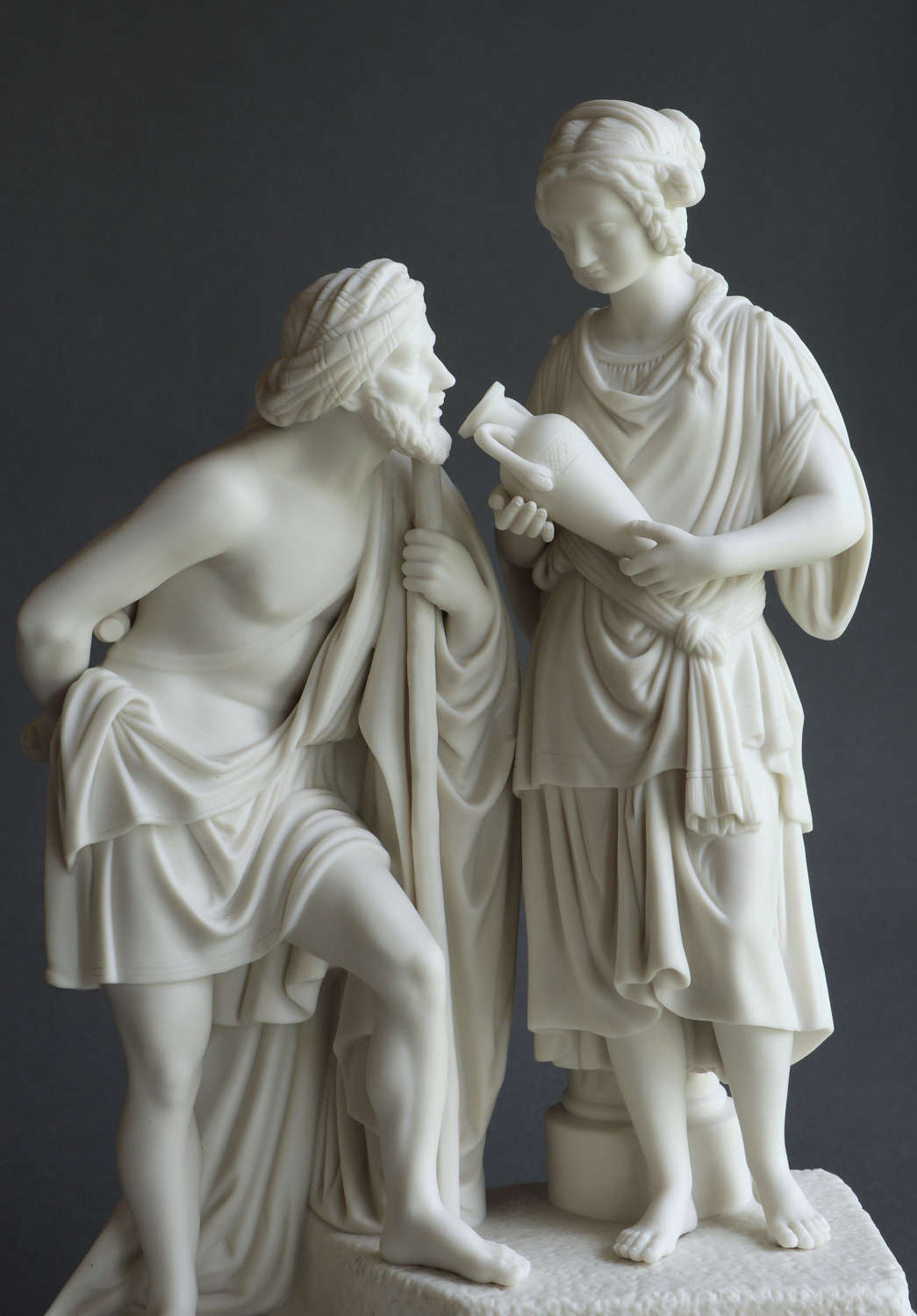 A Parian biblical group of Eliezer and Rebecca at the well

A well-modelled and finely-detailed Parian biblical group of Eliezer and Rebecca at the well.

The figure depicts Abraham’s servant, on his errand to find a wife for Abraham’s son Isaac, meeting Rebecca at the well where he decided her behaviour showed she met the necessary criteria. In the Christian Old Testament (Genesis 24) the servant is unnamed, but Jewish religious tradition refers to him as Eliezer, and he is so called in the many paintings of this popular subject and on this figure.

The figure is marked ‘HT & Co’ and to date we have been unable to track down this manufacturer.  The figure group appears to be identical to a version made by Robinson & Leadbeater.

Condition: The tip of Eliezer’s staff above his hand has been broken & re-stuck; the end of the flask under Eliezer s right arm missing and there is a flat chip to his cloak below his left hand and where it adjoins the figure of Rebecca.  (This chip is a mystery as the location is not one where it would be easy to cause a chip.  It may even be possible that the chip was done as the figure was being constructed.) 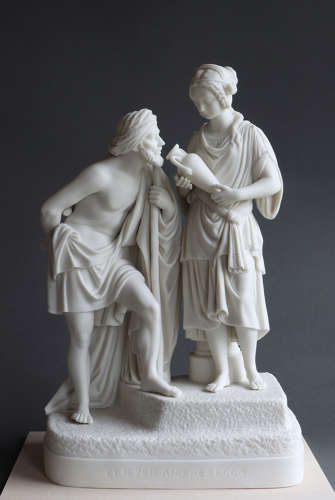 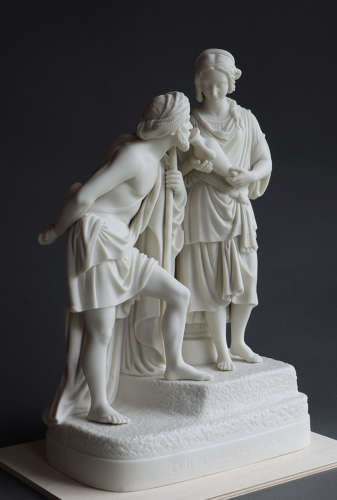 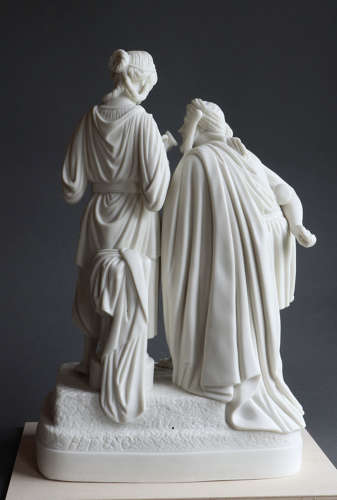 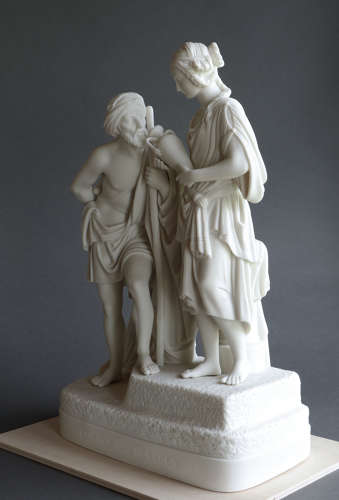 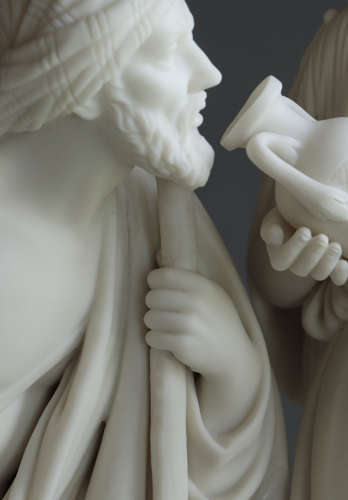 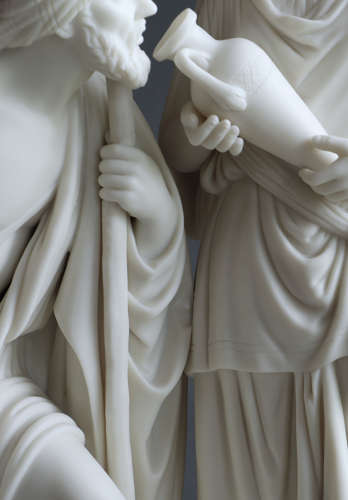 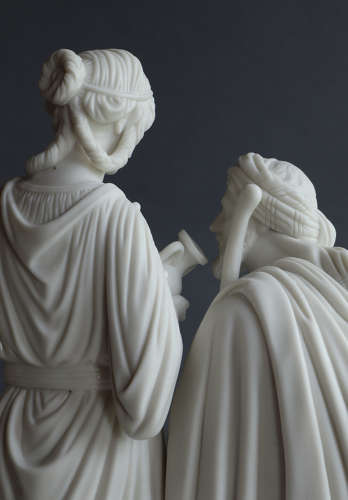 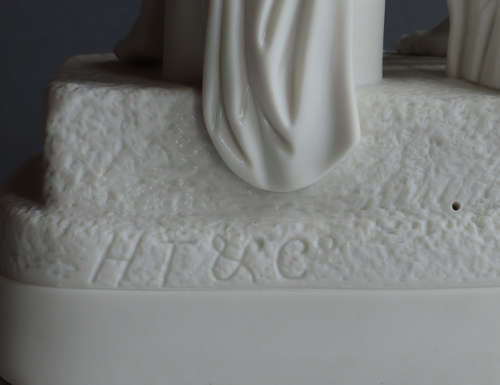 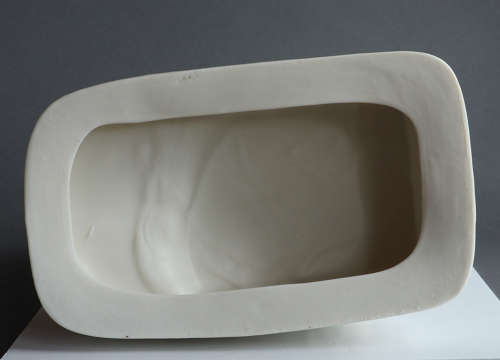 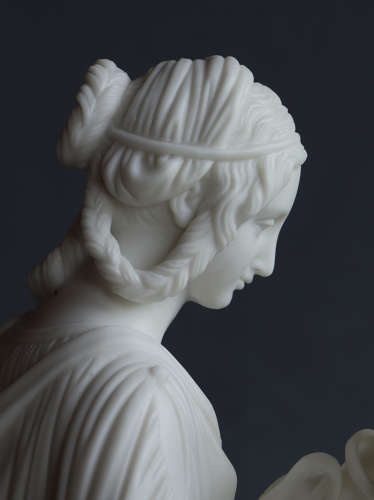