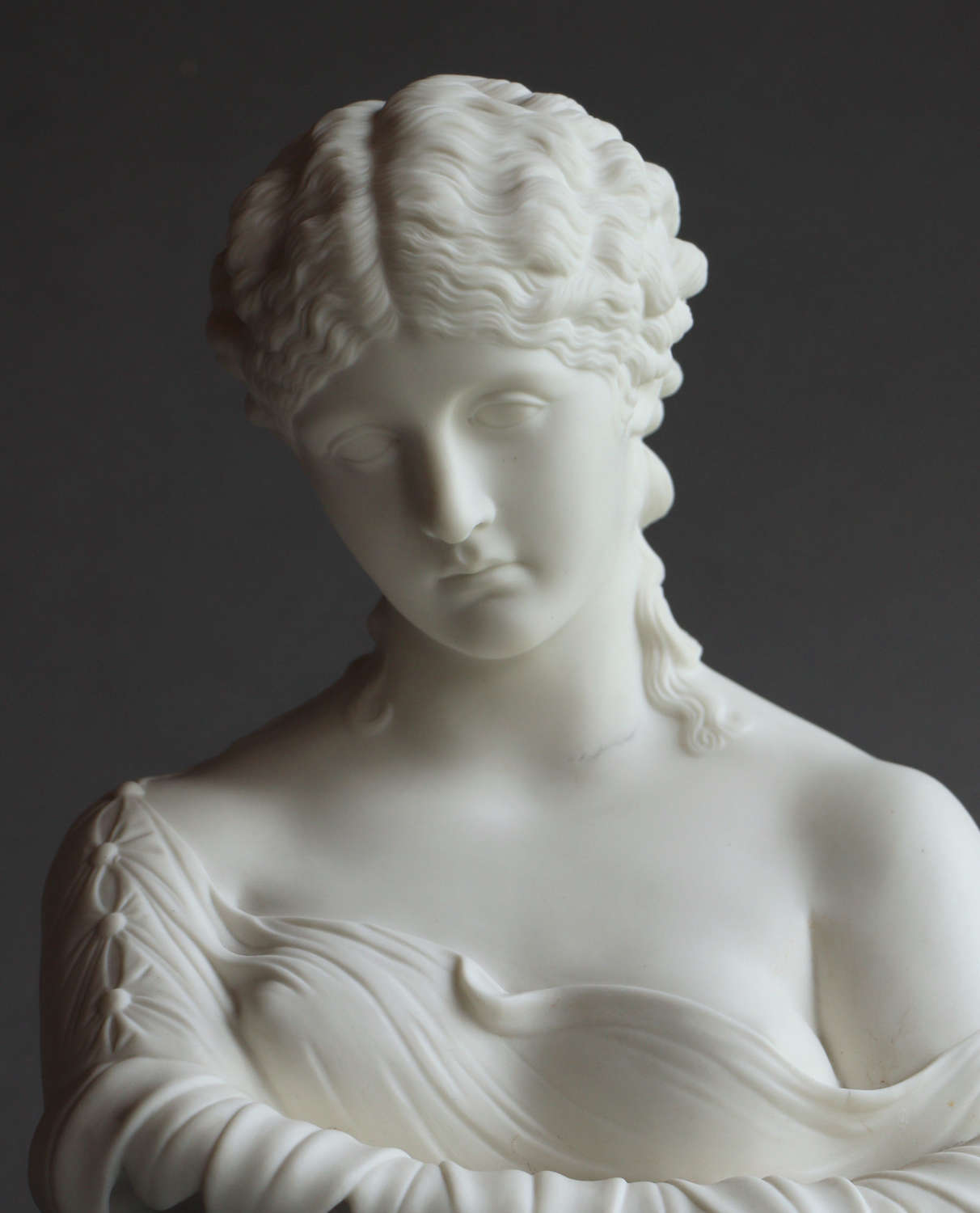 A Parian bust of Clytie from the antique, from the 2nd half of the 19th century.

The collector Charles Townley acquired a marble bust of Clytie in in the 1770s in Naples which became part of his Graeco-Roman collection - this was sold after his death to the British Museum where it remains.  The bust is generally acknowledged to be from between 40 and 50 AD although some scholars believe it be eighteenth century. The bust shows a woman emerging from a calyx of leaves. Scholars attributed various identities to the woman but eventually it was accepted that she represented Clytie, deserted lover of Helios the sun. In the legend Clytie sat staring at the sun, following it throughout each day until eventually she was turned into a flower, heliotrope.  The image became very popular in the nineteenth century and both marble and Parian copies were made, the latter by many different manufacturers.  This copy is smaller than others we have sold. It not marked but is of fine quality.

Condition Very good. A short firing line on the neck. Some kiln dust in crevices at front. 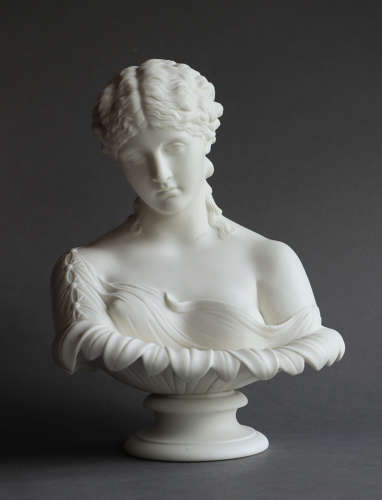 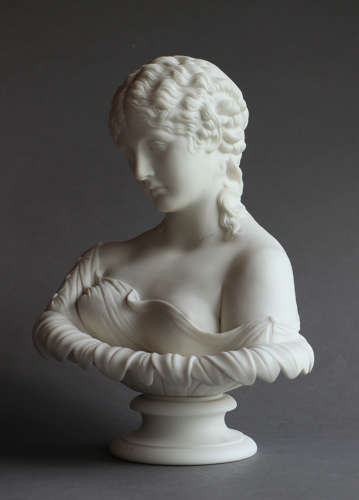 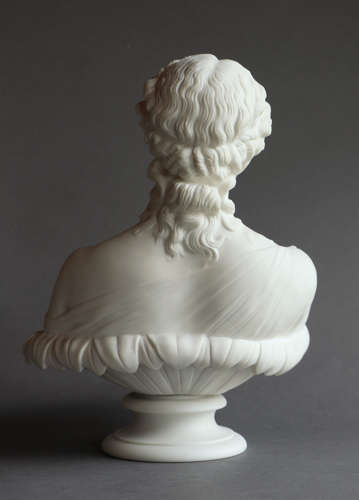 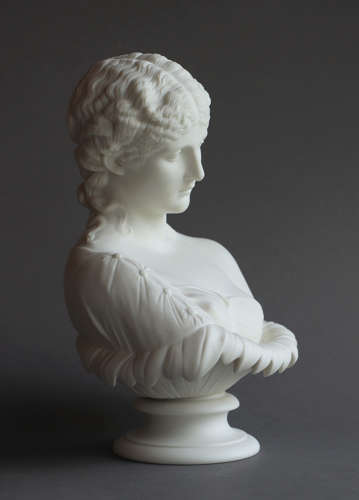 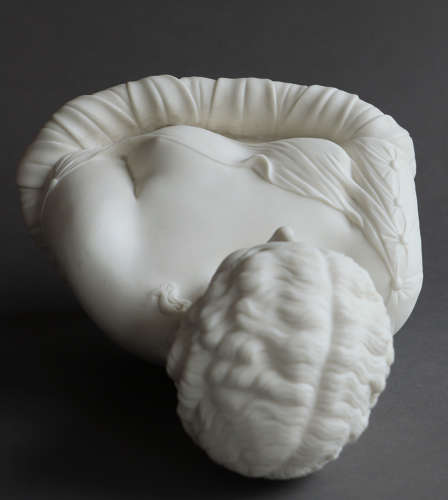 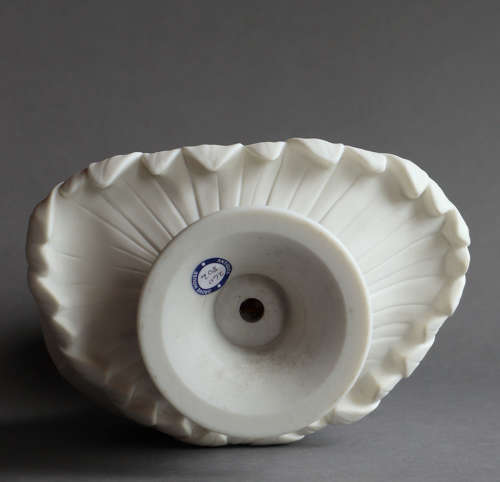