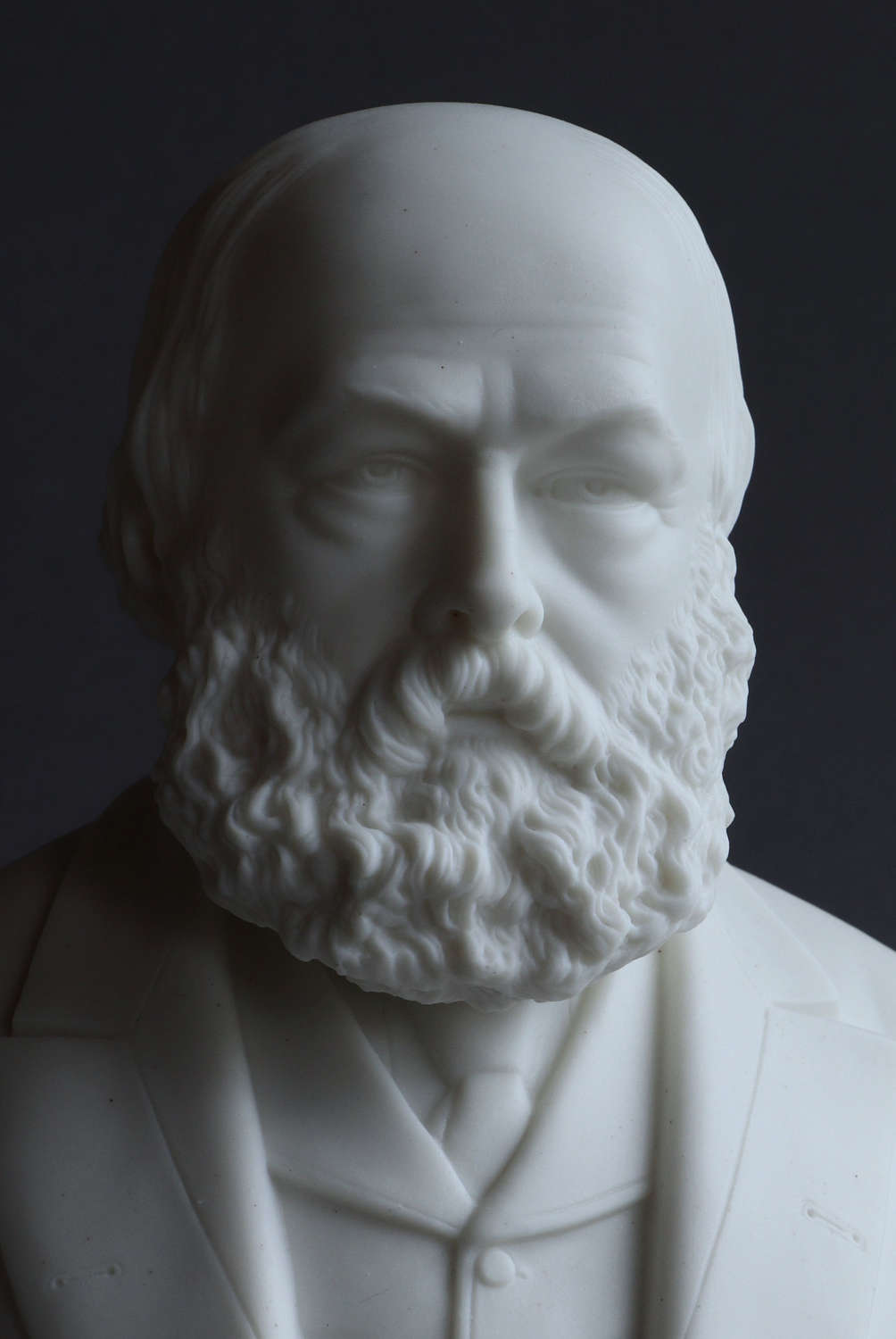 A Parian bust of Lord Salisbury by Robinson and Leadbeater

A small Parian bust of Lord Salisbury with separate socle by Robinson and Leadbeater from the last quarter of the nineteenth century. Height 23cm (9”).

Robert Gascoyne-Cecil, 3rd Marquess of Salisbury, (1830 – 1903) was Prime Minister of the United Kingdom from 1895 until 1902. He was a scion of the Cecil family which has served Monarch and country to greater or lesser extent since the time of Elizabeth I. Before becoming Prime Minister he served as Secretary of State for India and Secretary of State for Foreign Affairs under Disraeli, and as Leader of the Opposition.

The smaller version of this bust (with integral socle) is illustrated in The Parian Phenomenon page 231, fig 755. 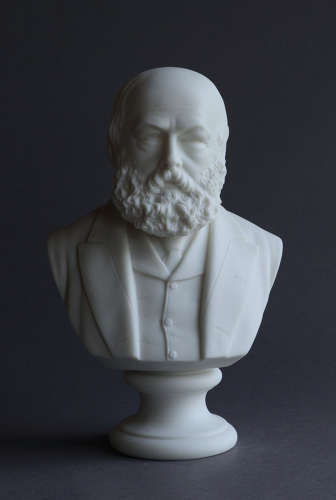 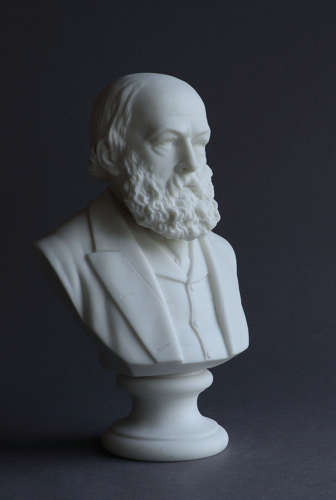 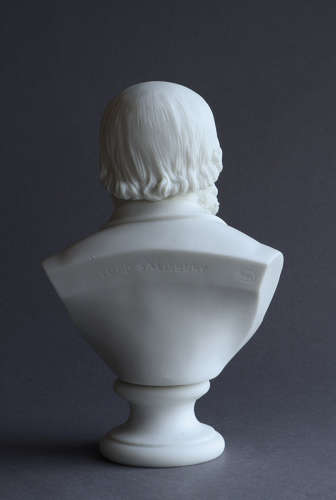 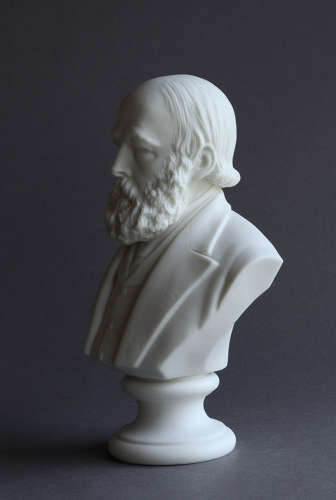 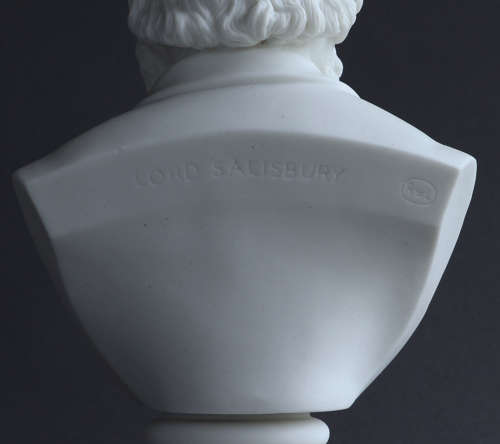 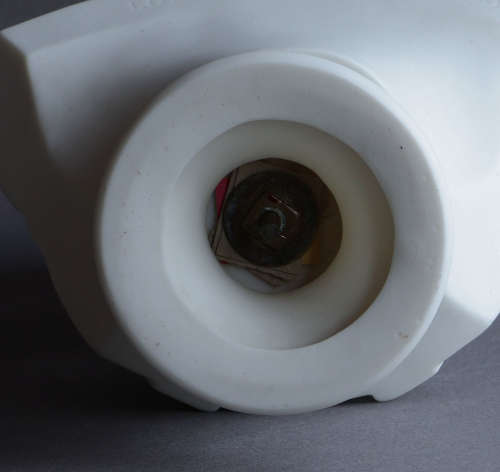