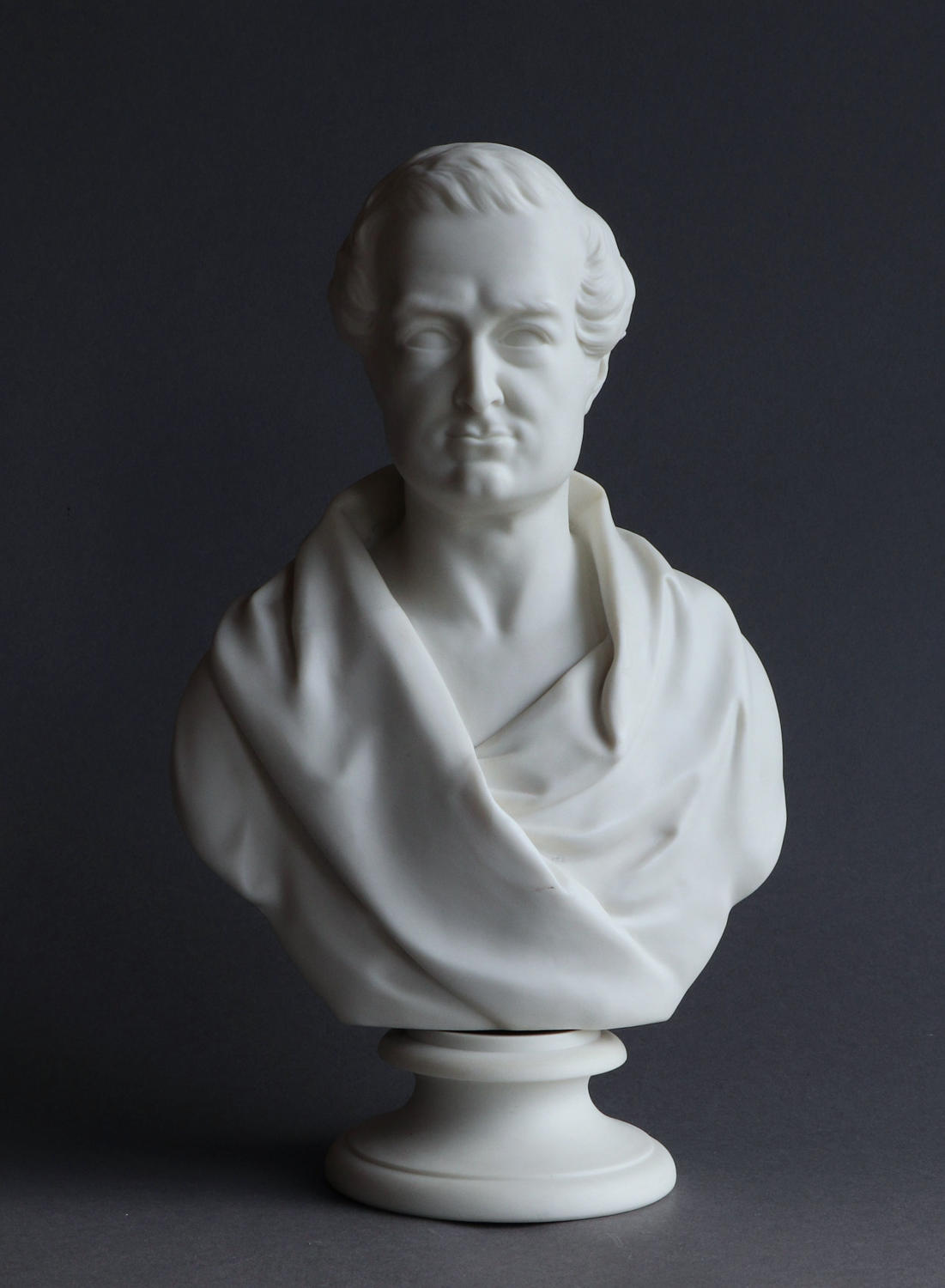 A Parian bust of Robert Peel by Samuel Alcock

Sir Robert Peel was a British statesman who twice served as Prime Minister and is considered the father of the British Police Force.  Peel died on 2nd July 1850 and it is likely that this bust was produced in commemoration.

This bust is illustrated in The Parian Phenomenon on page 238, fig 786.

Condition  This bust is in very good condition with just a small nick to the back top of the socle. 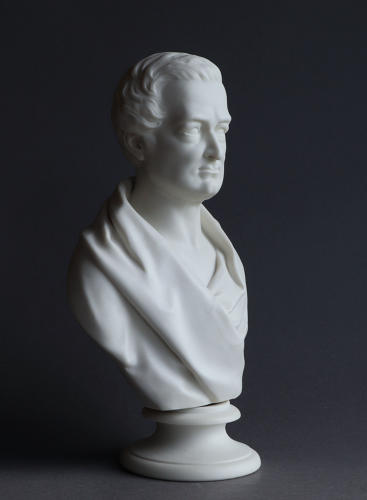 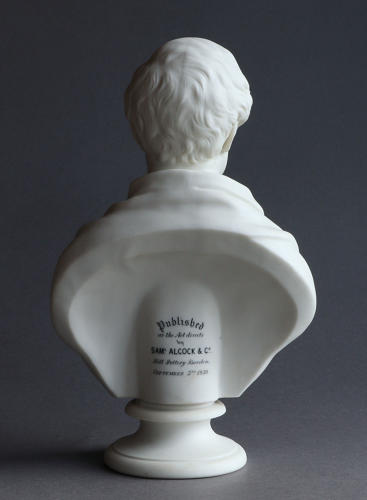 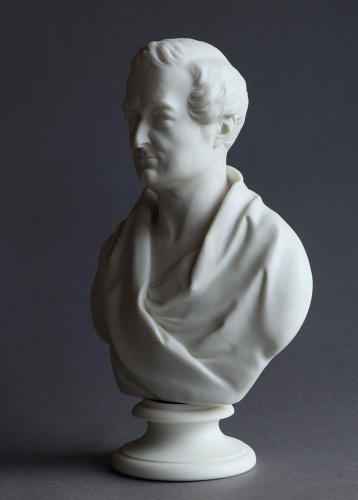 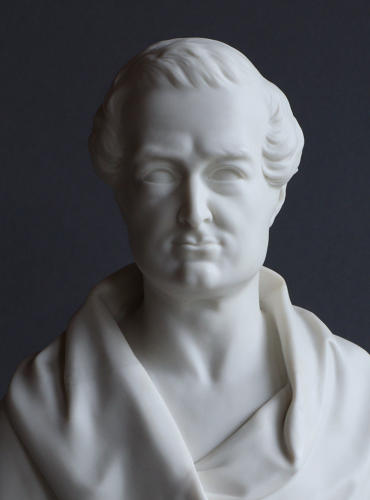 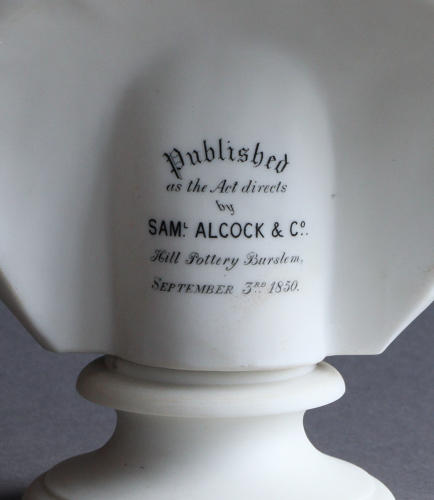 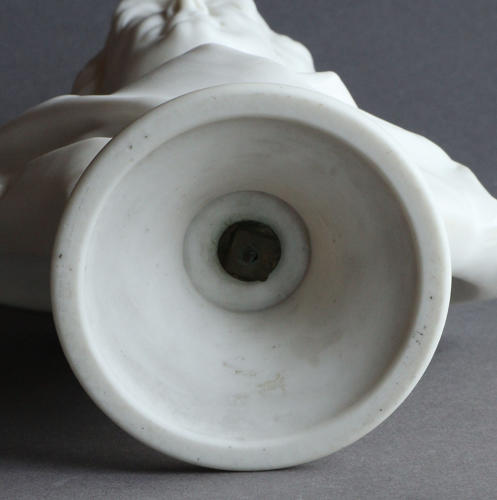 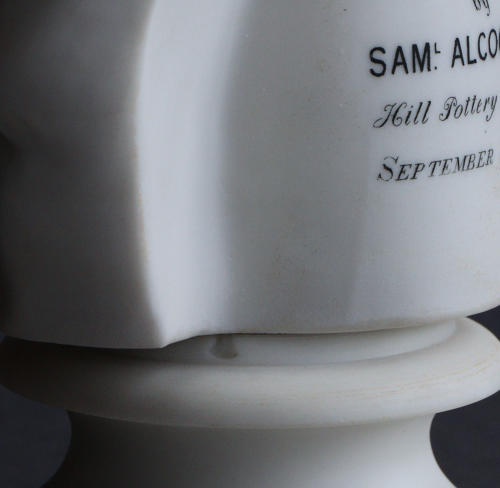