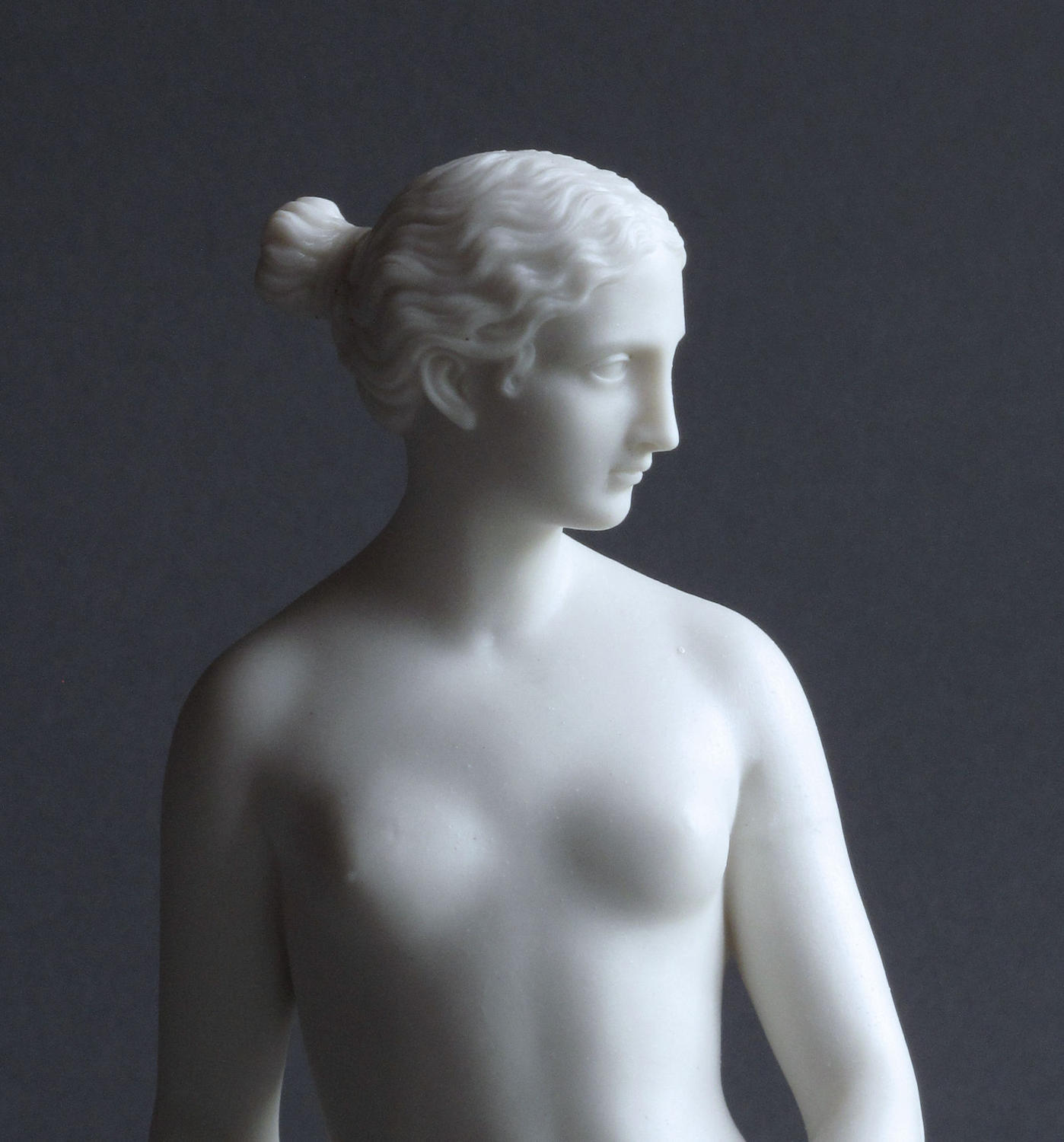 A Parian figure of the Greek Slave

A Parian figure of the Greek Slave with a metal manacle chain.

This nicely-modelled, unmarked figure was a copy of the famous marble statue The Greek Slave by the American sculptor Hiram Powers. The original was exhibited at the Great Exhibition at the Crystal Palace in 1851, following a successful tour of the United States. Powers made and sold six marble versions.

Parian versions were produced by various manufacturers. There is a picture of a similar figure, without the chain and standing on a raised pedestal, in the Parian Phenomenon p 251, Fig 856.

Condition: This figure is in perfect condition.  The metal chain is probably a later addition. 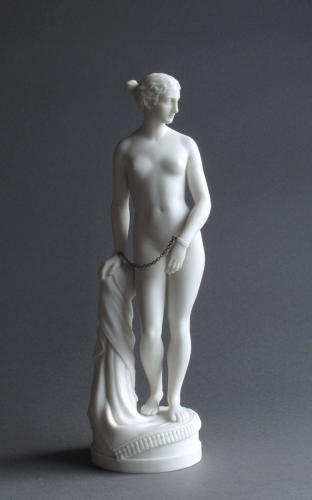 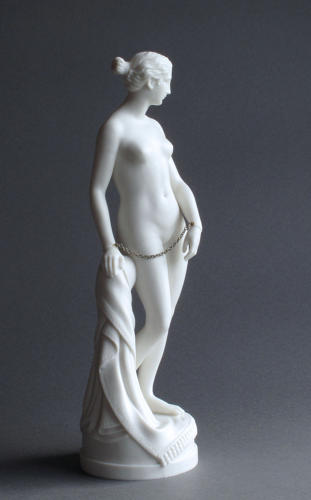 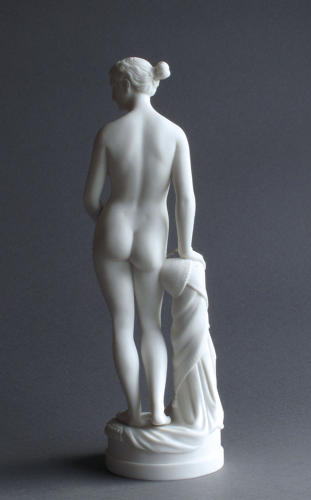 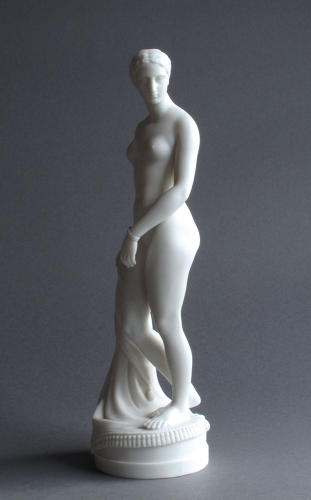 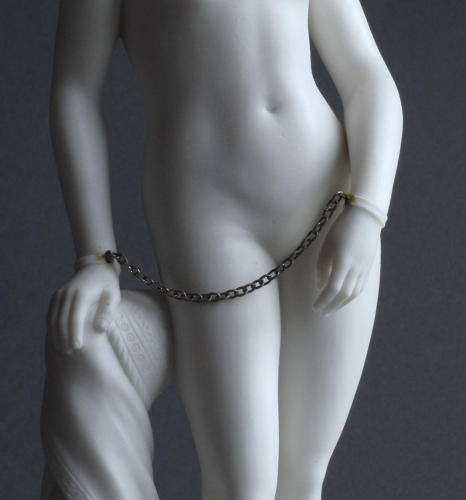 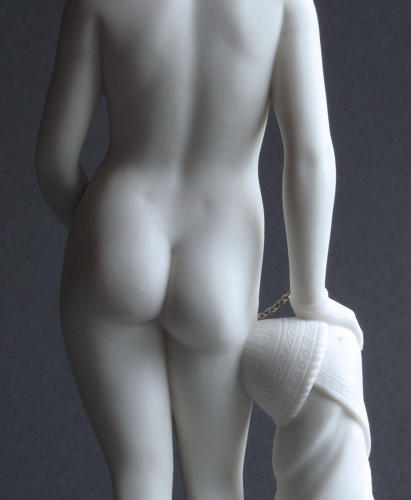 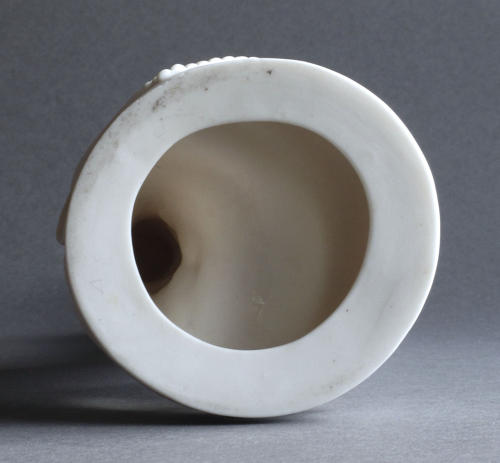