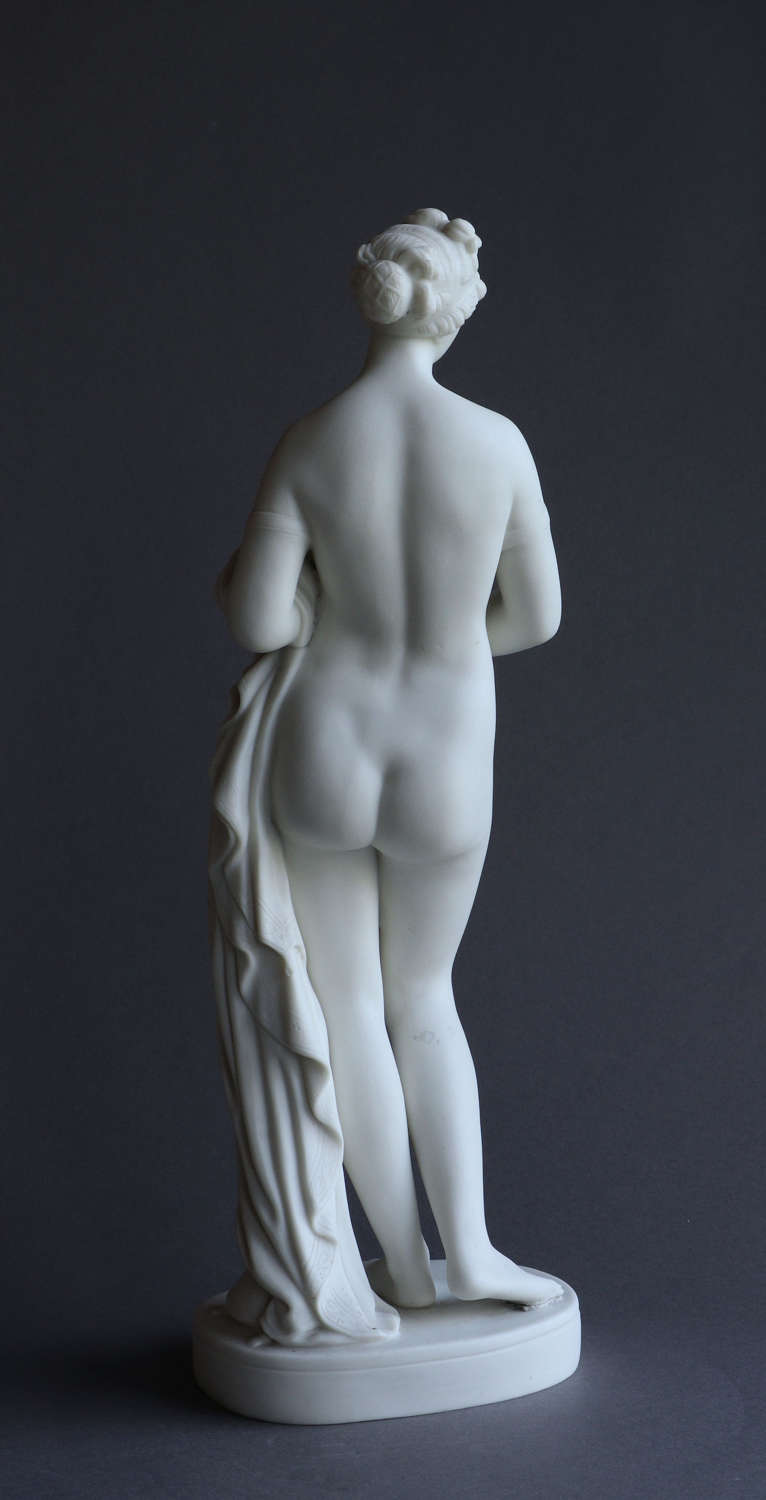 A Parian figure of the Tinted Venus, probably by Copeland

A good quality Parian figure of Venus from John Gibson, dating from the second half of 19th  century and modelled standing with her cloak draped over her left arm holding an apple in her left hand while a tortoise looks out from beneath her cloak. The figure is unmarked but is only known to have been produced by Copeland; Height 39½  cm (15½").

This figure was first produced by Copeland in 1849 and copies a marble statue by John Gibson which is known as the 'Tinted Venus' or simply 'Gibson’s Venus', now in the Liverpool Walker Art Gallery. The figure was included in Copeland's display at the Great Exhibition of 1851. The figure was produced both plain, as this one,  and with gilding and tinting (with the latter being more expensive). 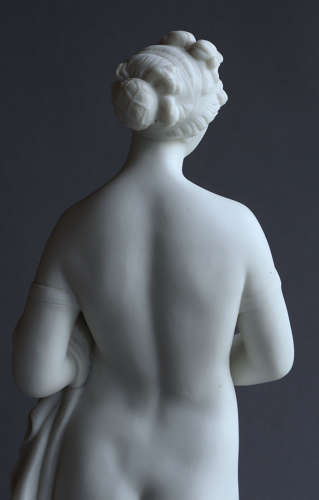 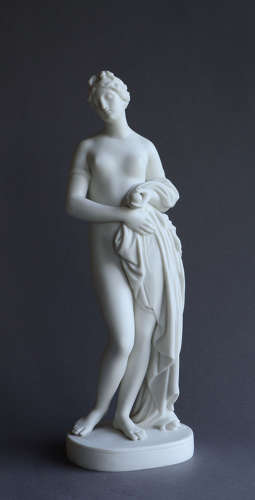 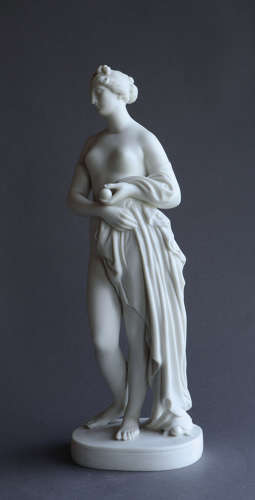 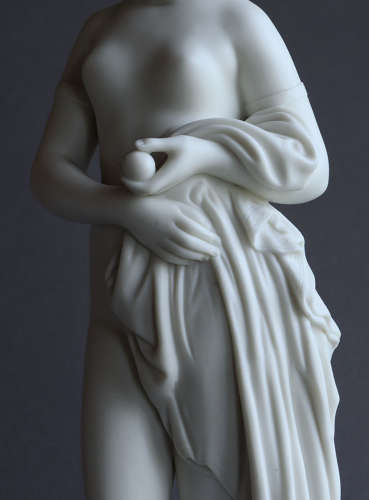 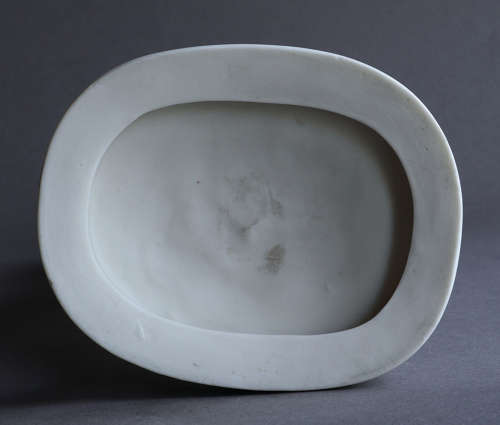