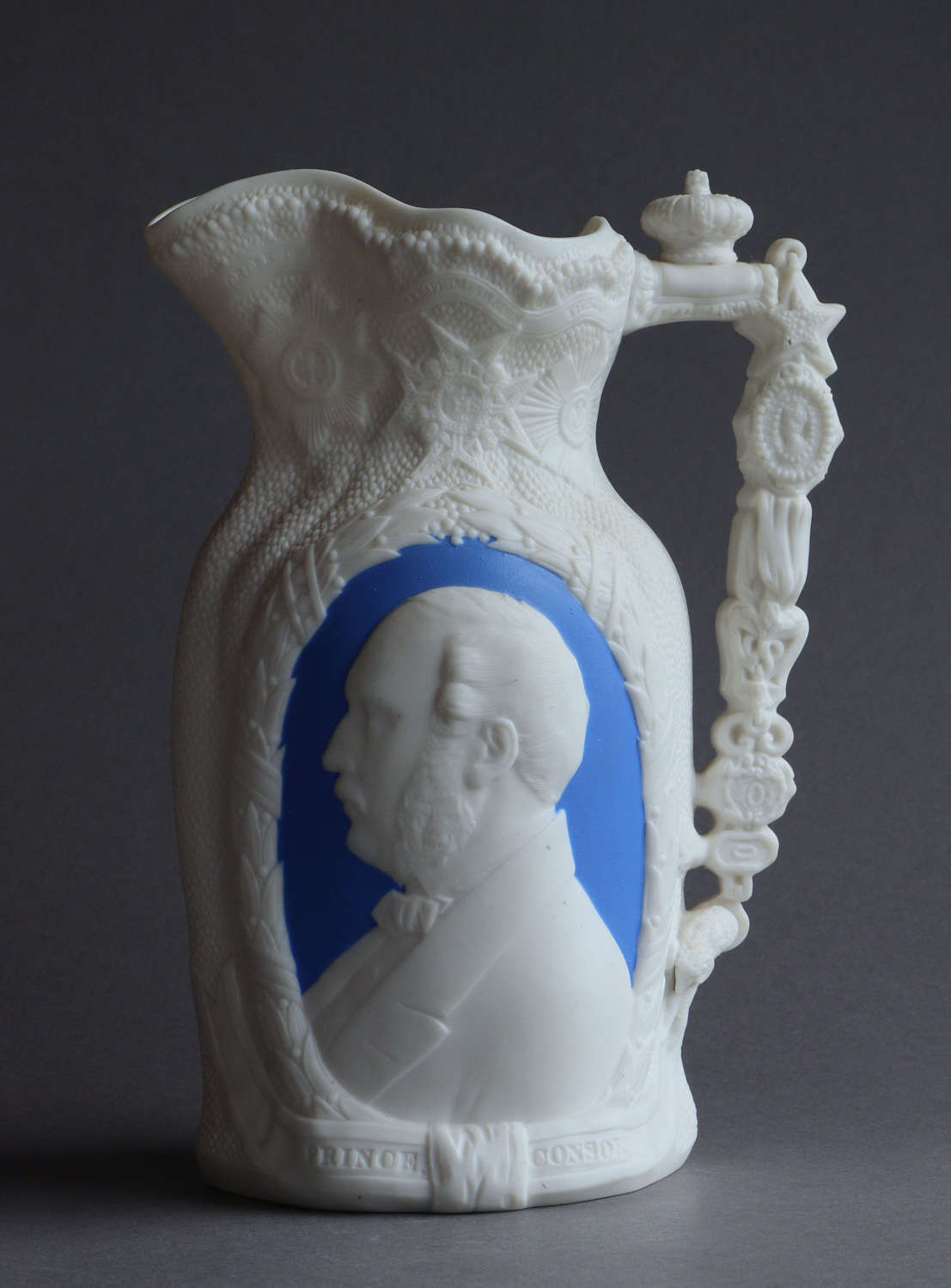 A Parian jug by the Old Hall Earthenware Company in commemoration of the life of Prince Albert.

This jug was issued following the death of Prince Albert, consort of Queen Victoria,  in  December 1861 and is in white Parian with “Wedgwood blue” enamelled highlights.  The jug is finely detailed, containing representations of Prince Albert’s face in profile, his coat of arms and the British and some foreign Honours awarded to him, for example the Spanish Knighthood of the Golden Fleece on the handle.

The Old Hall Earthenware Company succeeded Charles Meigh and Son at the Old Hall Works in Hanley in 1861. This jug is illustrated in The Illustrated Guide to Victorian Parian China by Charles and Dorrie Shinn, plate 87.

Condition Excellent with one or two small firing faults. 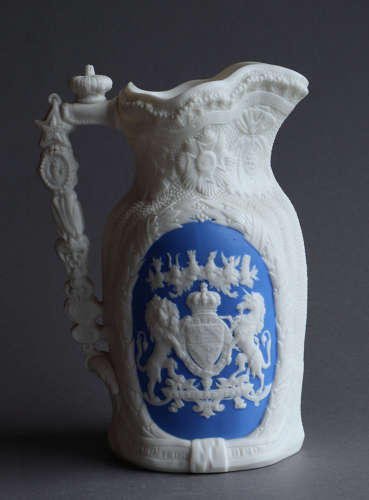 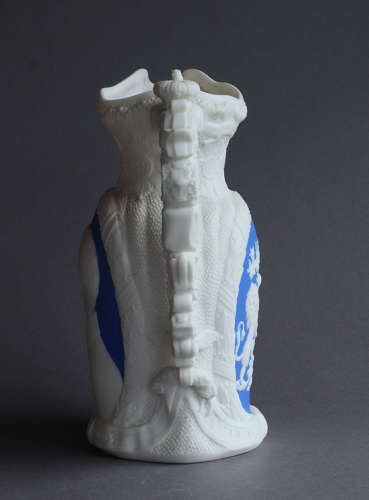 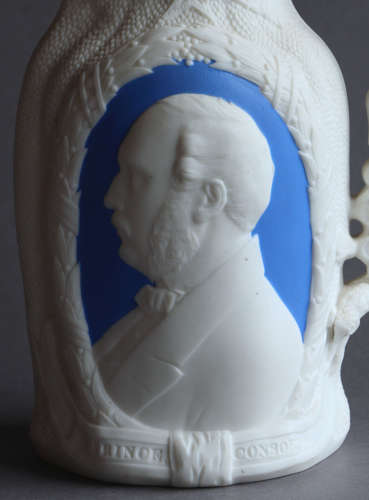 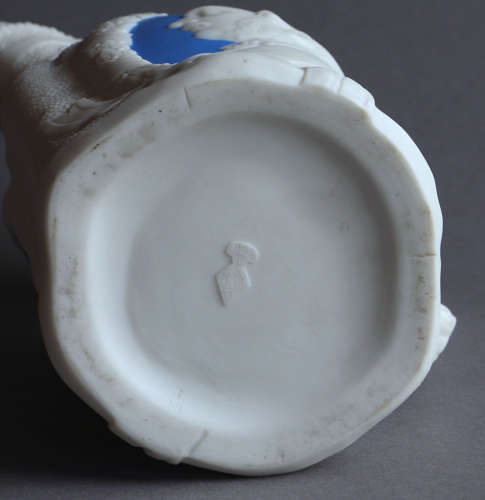 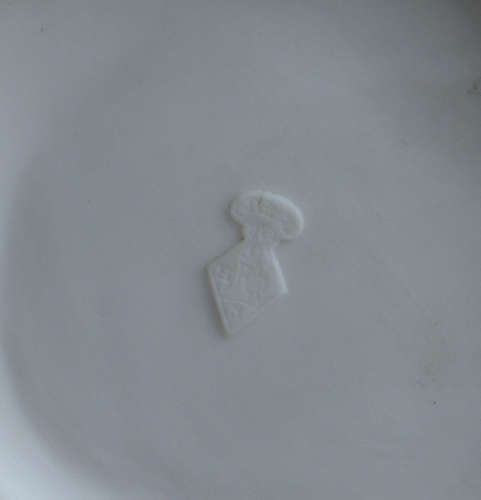