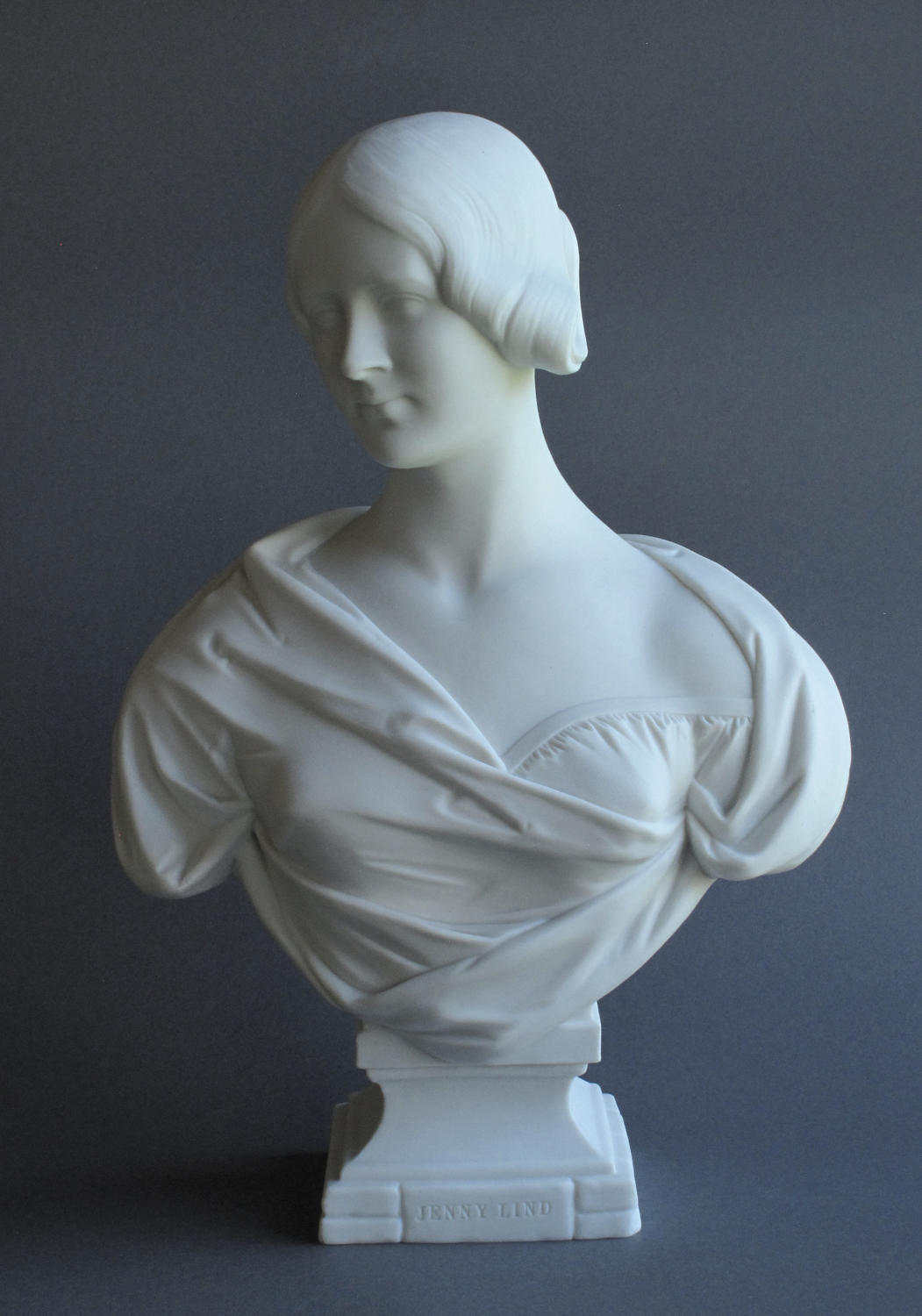 A very early Parian bust of the “Swedish Nightingale”  Jenny Lind by Minton from the sculpture by Samuel Joseph (1791–1850). The porcelain forming this bust is chalkier and denser than later Parian so the bust feels relatively heavy.

Jenny Lind (1820 – 1887) was a Swedish Opera singer who was famed and much admired across Europe and North America. In later life, which she spent in England where she died, she was professor of singing at the new Royal College of Music.

This bust is illustrated in the Parian Phenomenon p 126, Fig 456

This rare bust is in good condition. There are shallow chips to both ends of the front base and a faint firing line under her arm. 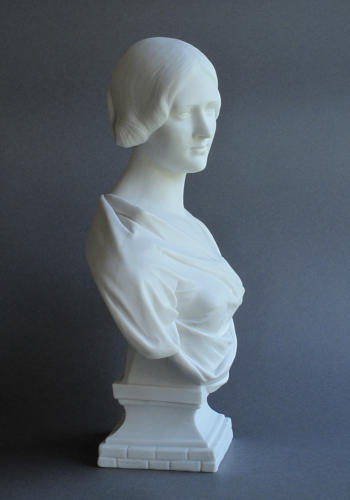 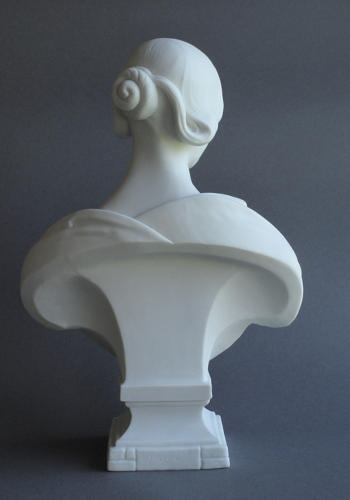 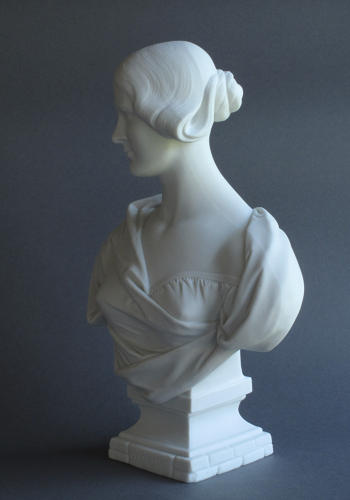 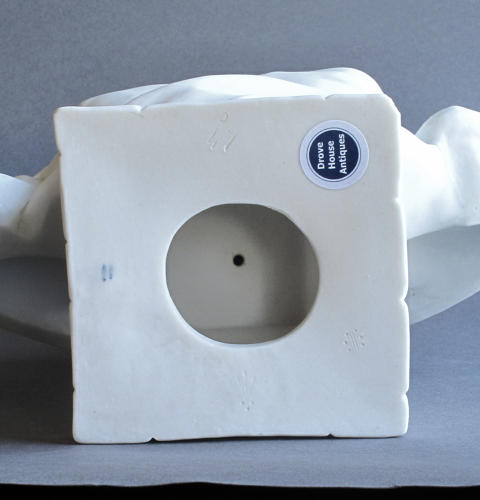 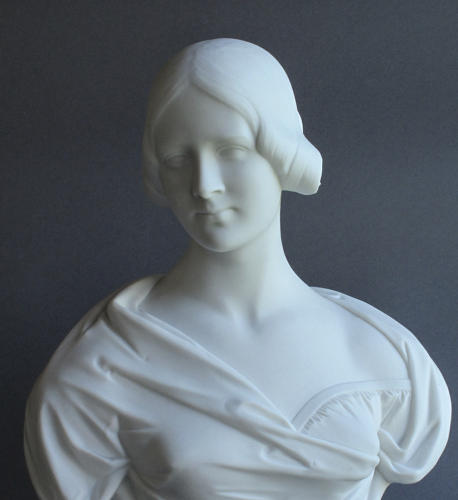