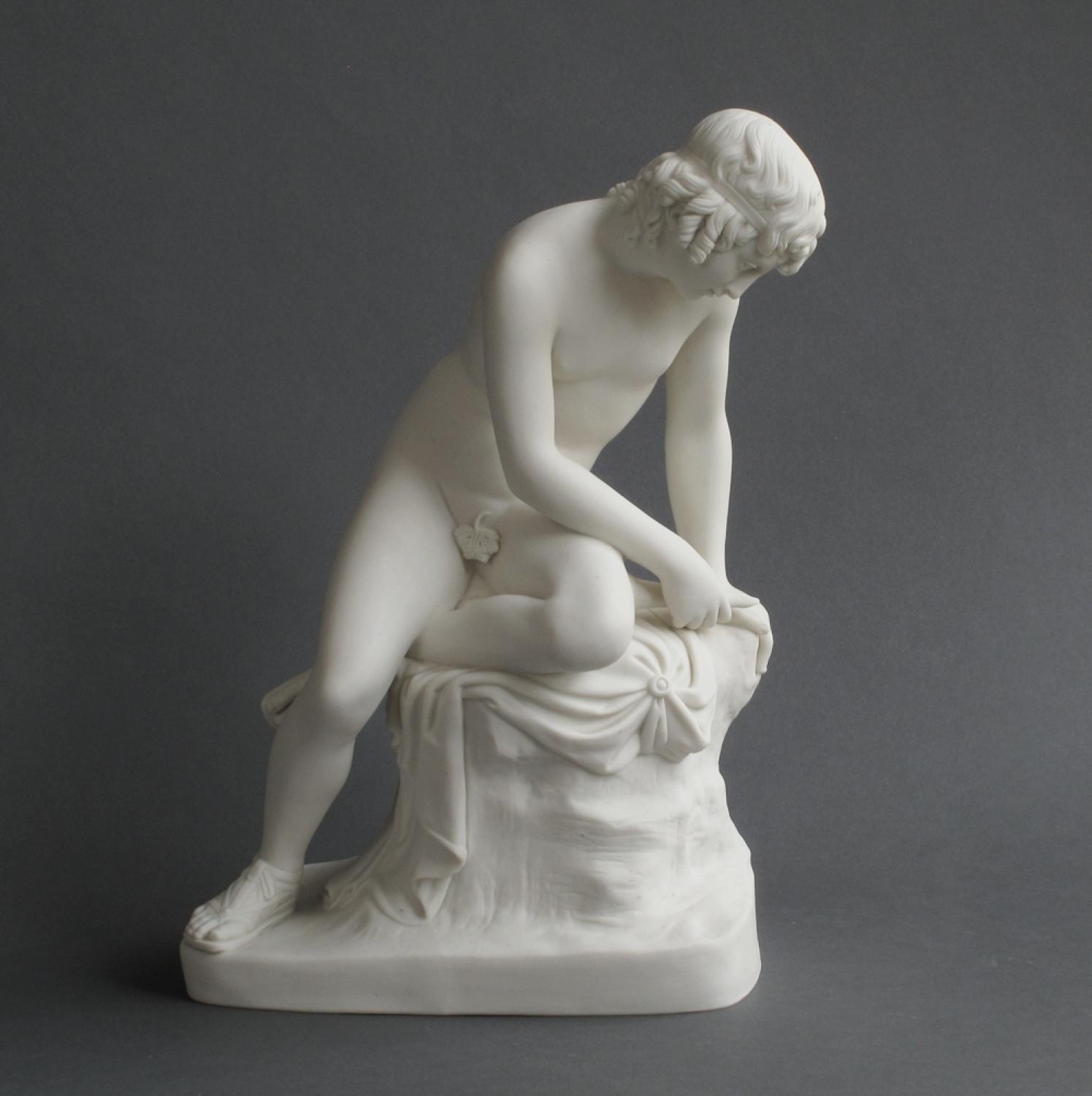 A finely-modelled, rare and early Parian figure of Narcissus by Copeland and Garrett and dated 1846.  The figure, after a sculpture by John Gibson, shows Narcissus seated on a rock and gazing at his reflection in a pool.  Inside the base is a printed mark which states 'NARCISSUS BY GIBSON R.A. Modelled by E R Stephens and executed in STATUARY PORCELAIN by COPELAND AND GARRETT FOR THE ART UNION OF LONDON 1846'.  Height 30.5cm (12")

This beautifully-modelled Parian figure has almost iconic status (indeed it was selected for the front cover illustration of the book by Charles and Dorrie Shinn) because of its very early date and the important role the figure played in establishing the popularity of the new Parian body (or 'Statuary Porcelain' as Copeland and Garrett named it).  This was one of a small number of items selected to be produced for the Art Union of London in 1846 (50 copies were originally made in 1846 to be distributed as prizes) to great critical and public acclaim.

This figure continued to be produced through the second half of the Nineteenth Century by the firm of Copeland with a Copeland mark: this figure however is the early Copeland & Garrett example.

Condition: this figure is in excellent, undamaged condition. 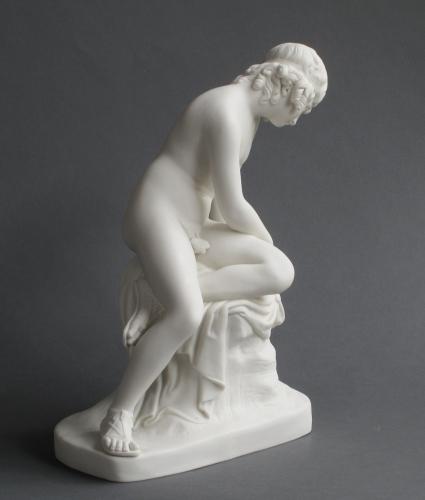 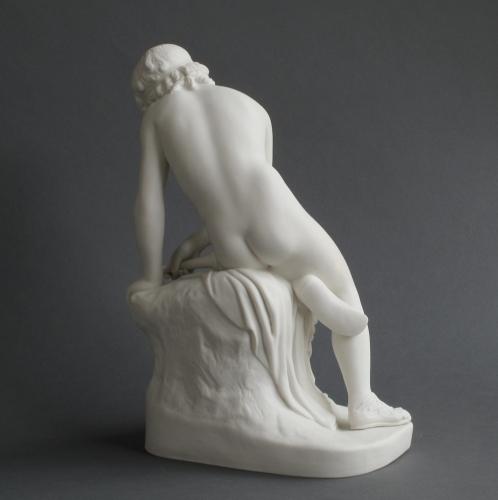 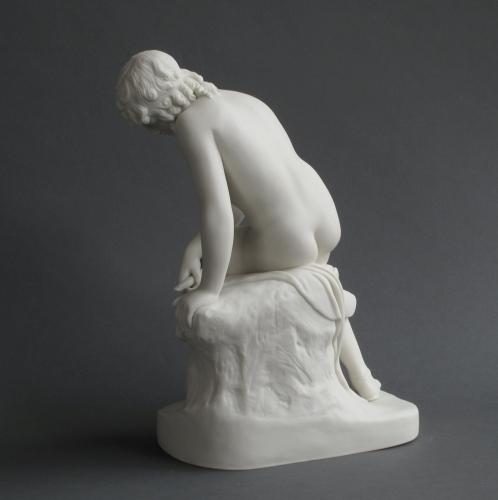 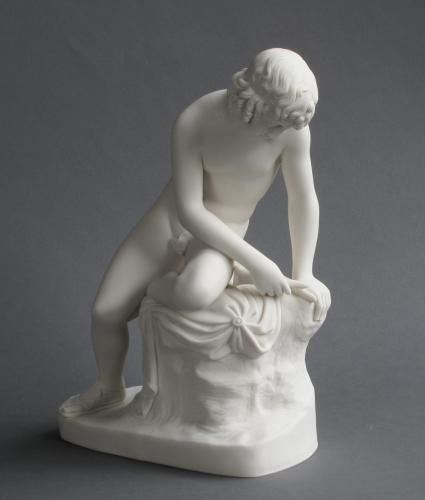 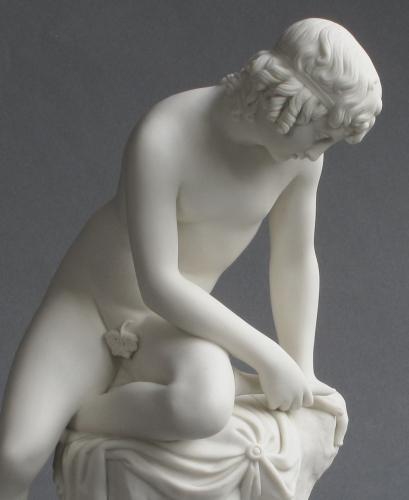 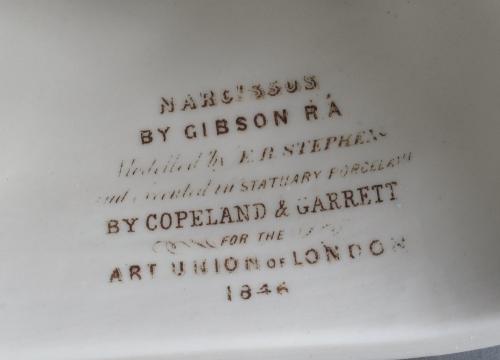