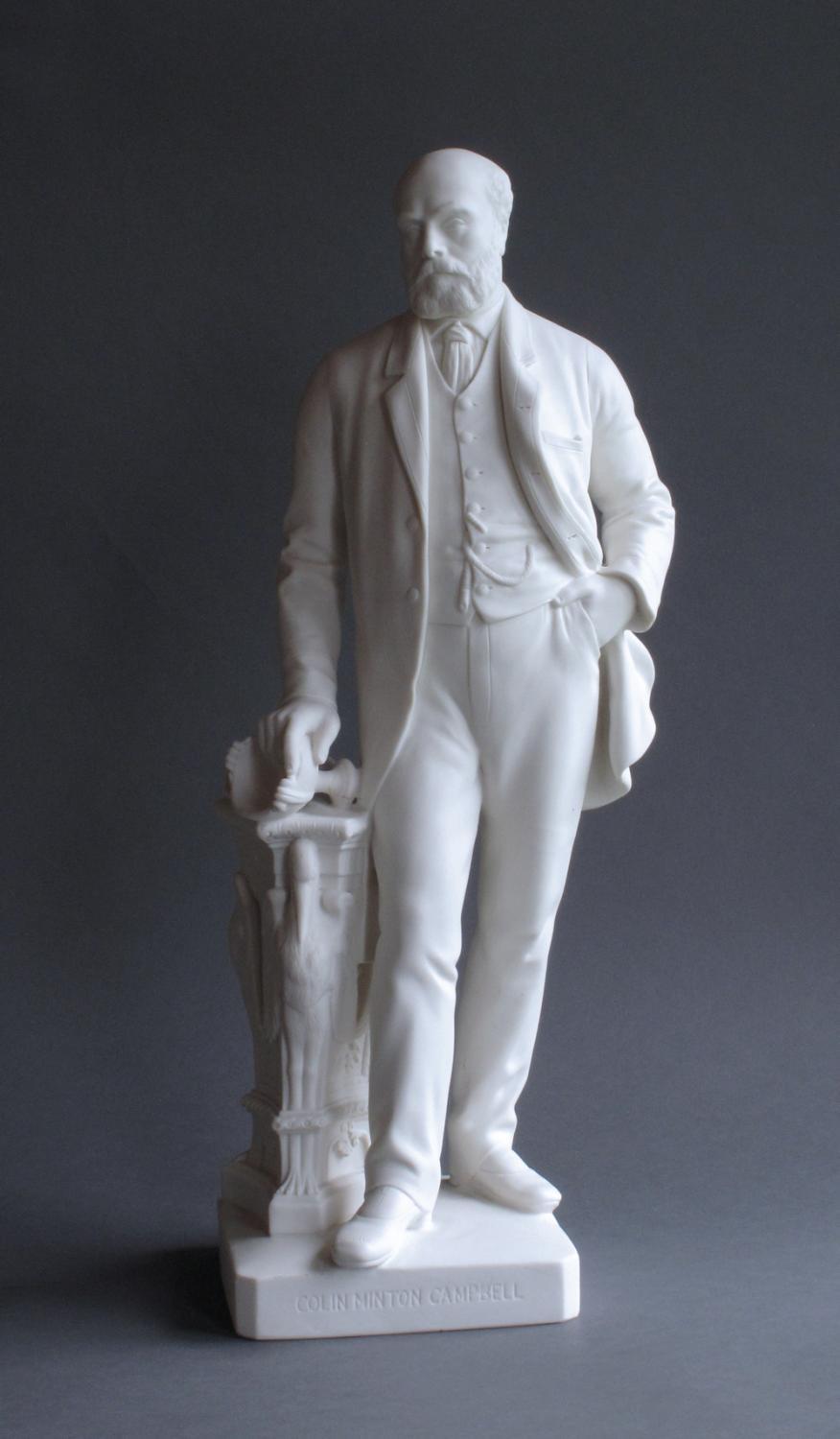 A striking large Parian figure of Colin Minton Campbell by Minton, date code for 1889.  The figure depicts Campbell standing, his right hand holding a tazza on its side and resting on a stork-decorated pedestal, which is probably a copy of a Minton majolica product. His left hand is in his pocket. The statue is finely moulded in great detail.

This figure is illustrated on page 87 of The Parian Phenomenon, fig 135.

Colin Minton Campbell (1827-1885) was a grandson of Thomas Minton (1765-1836), who founded the Minton porcelain company in Stoke-on-Trent in 1789.  Campbell held a number of public offices including Mayor of Stoke and Member of Parliament for North Staffordshire as well as being a partner in the Minton china business in its various incarnations.

The original bronze statue by Thomas Brock, of which this is a copy,  is over 2 m high and was originally unveiled by the Duchess of Sutherland in 1887. It has had various locations in Stoke and is now standing outside the Sainsbury’s supermarket built on the Minton factory site.

Condition: the figure is in excellent condition. 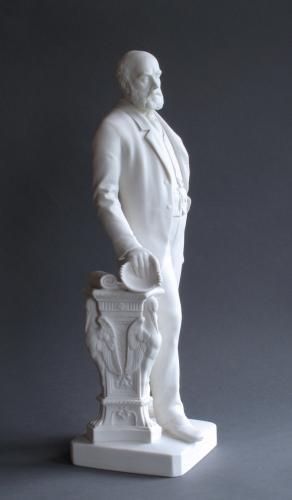 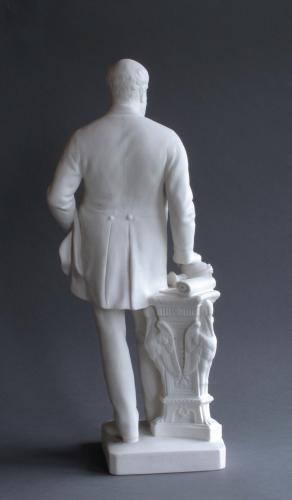 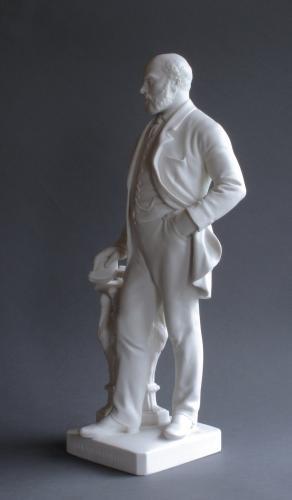 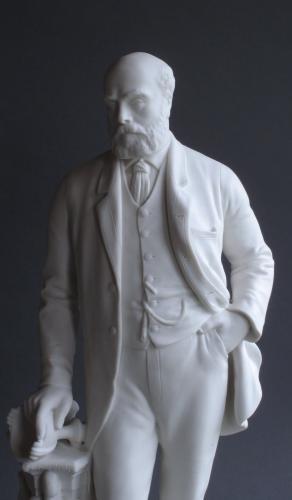 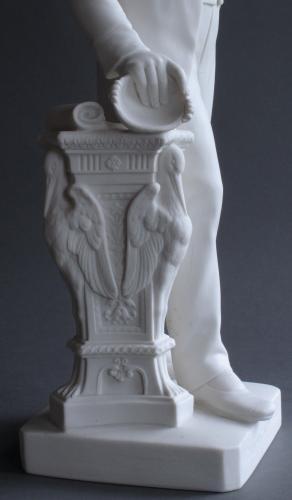 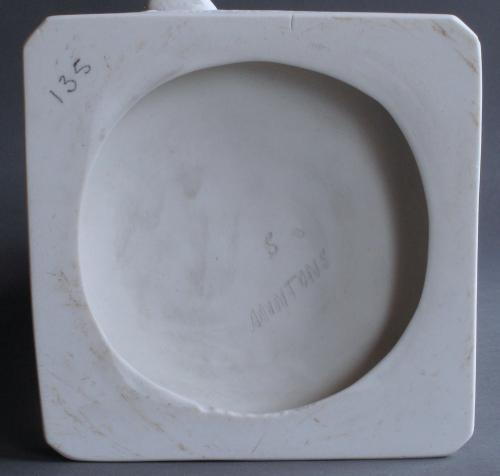