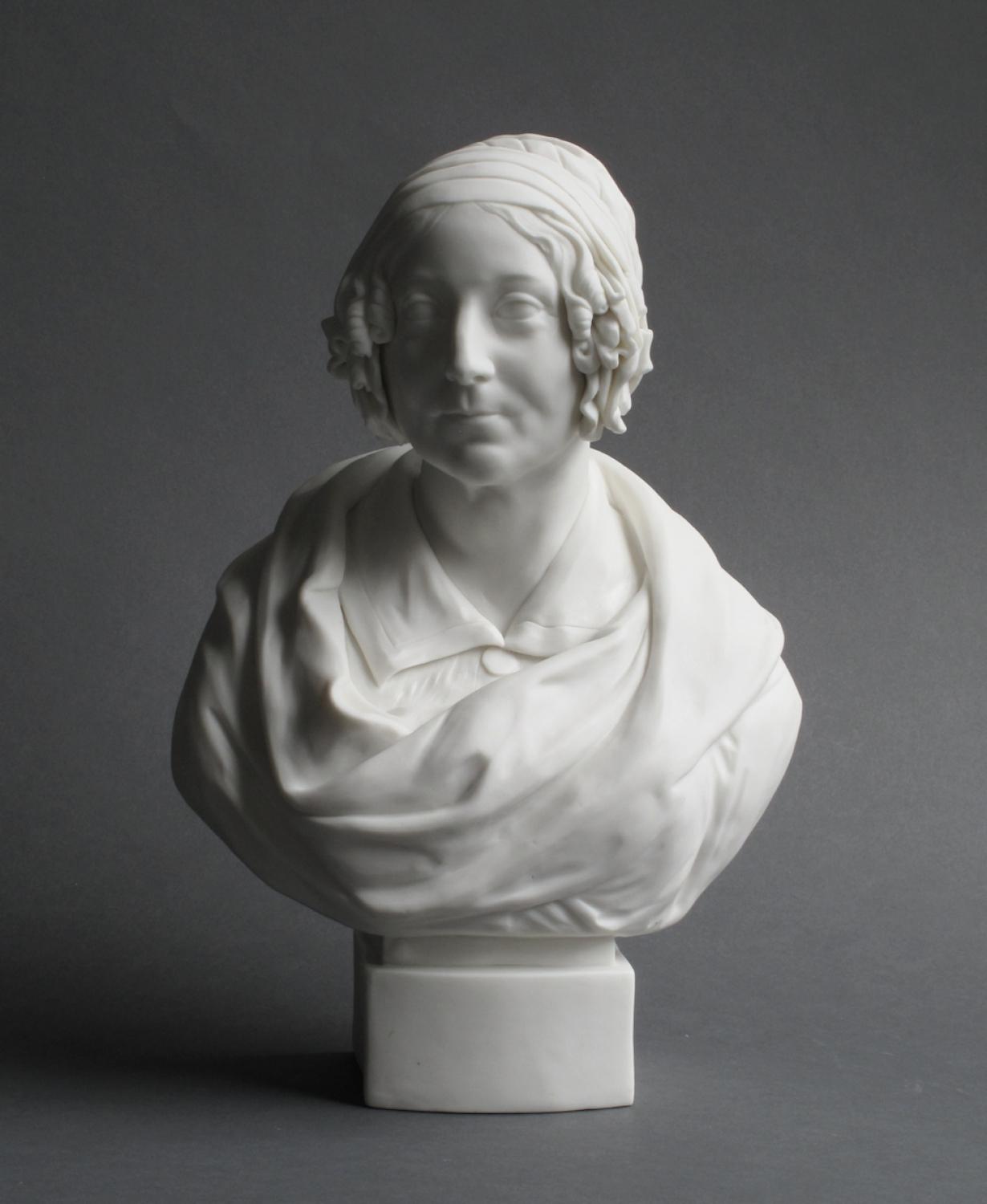 A well-modelled parian bust of Harriet Martineau on an integral rectangular plinth, incised to rear 'Thos-Smith Fecit 1849 Published Deville Co 367 Strand' and 'January 18 1849 London'. 30cm high.  Paper label underneath indicating that this bust was once in the Holloway collection.

The sculptor Thomas Smith was active in London in the 1830s-50s, and exhibited at the Royal Academy. The firm of Deville and Company of 367 The Strand, London who published this bust were known as plaster figure makers, lamp and lustre manufacturers and phrenologists.  This bust is illustrated as figure 821 in The Parian Phenomenon where it is attributed to John Rose and Co (later Coalport).

Harriet Martineau (born in Norwich in 1802, died 1876) was an English social theorist and author of many books and essays.  She is often cited as the first female sociologist. Martineau introduced feminist sociological perspectives into her writing on otherwise overlooked issues such as marriage, children, domestic and religious life, and race relations.

Condition: this bust is in excellent condition with perhaps two or three small losses to the folded ribbon to the right of her face. 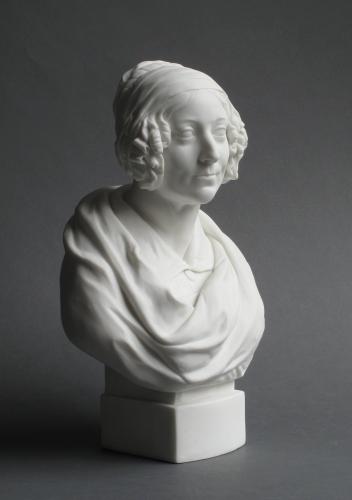 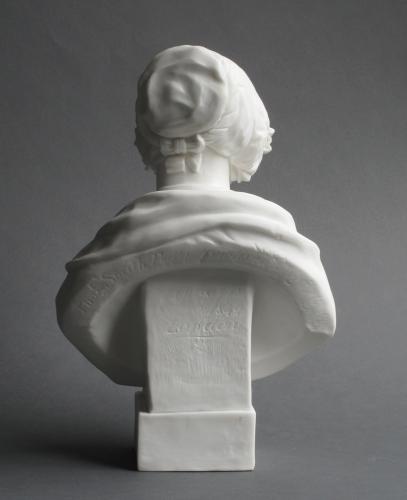 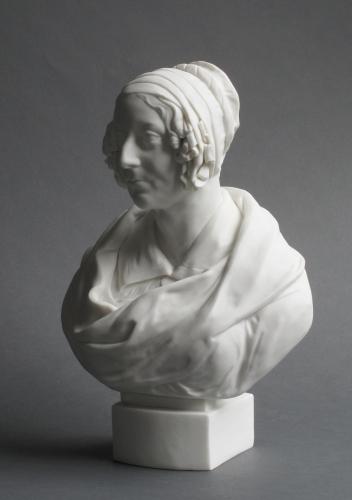 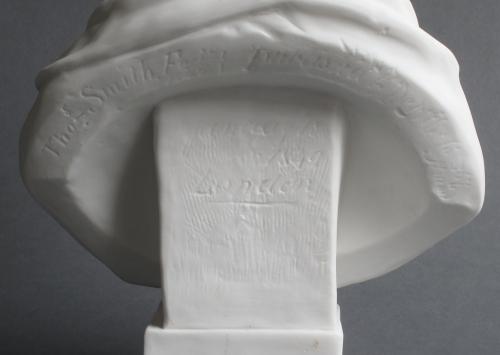 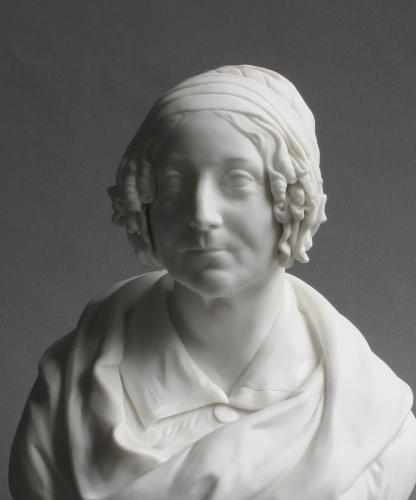