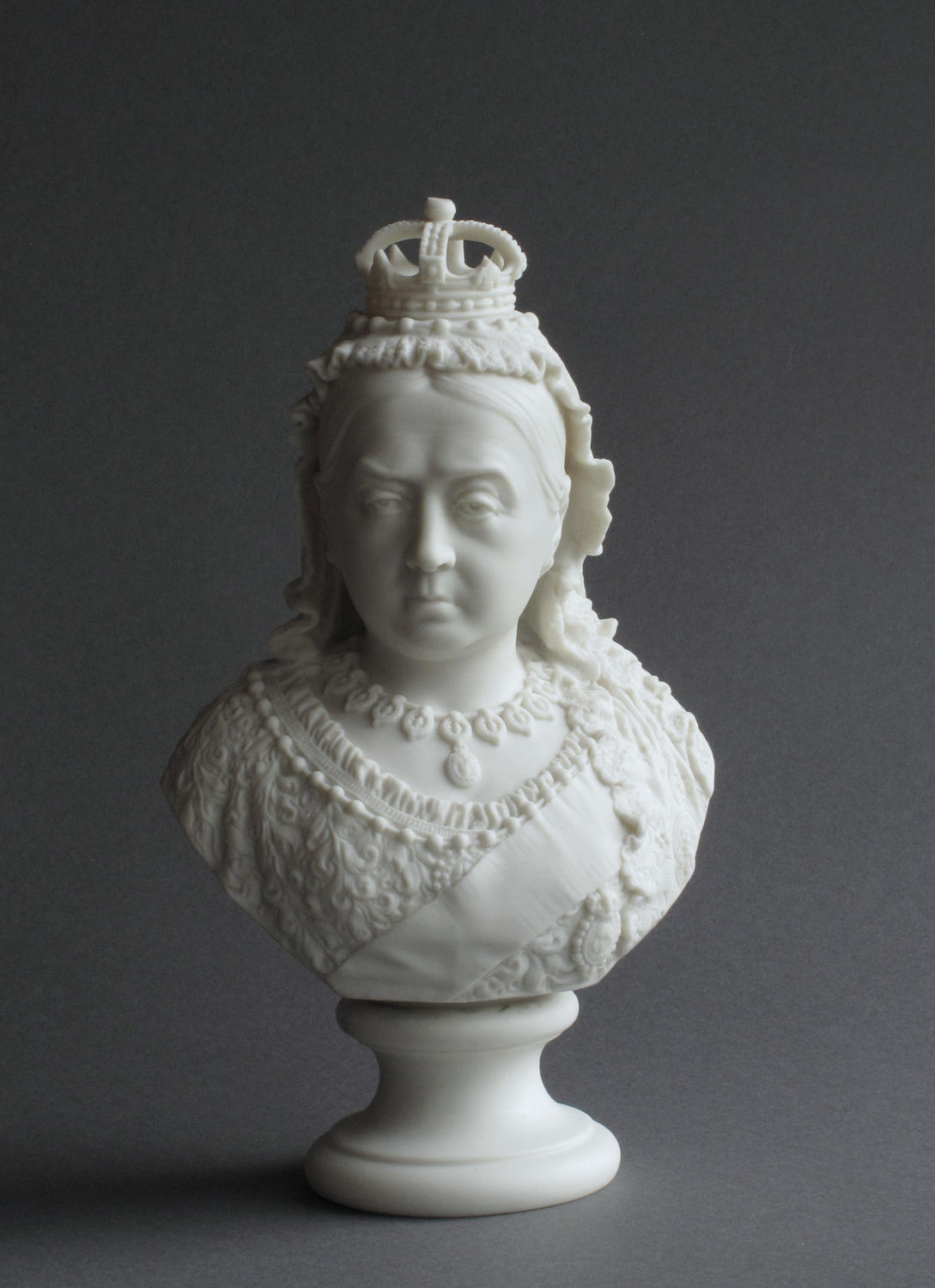 A finely-detailed Parian bust of Queen Victoria by Robinson and Leadbeater, made in celebration of her Golden Jubilee in 1887, after a sculpture by R J Morris.  The separate socle is fixed by a brass nut and bolt.  The detailing in the face and clothes can be appreciated in our photographs. Height 24.5cm (9.6")

In this bust the Queen is shown wearing the Small Diamond Crown, a miniature imperial and state crown made at the request of Queen Victoria in 1870 to wear over her widow's cap following the death of her husband, Prince Albert. This crown is now on display as part of the Crown Jewels in London.

Condition.  There is damage to one of the peaks to the crown, and the terminal cross at the top of the crown is missing.  The back of the bust appears to have had a surface layer applied, presumably to hide flaws or damage.  This has been carefully done, as can be seen in our images.  We have indicated the area which has been re-surfaced in the final picture. 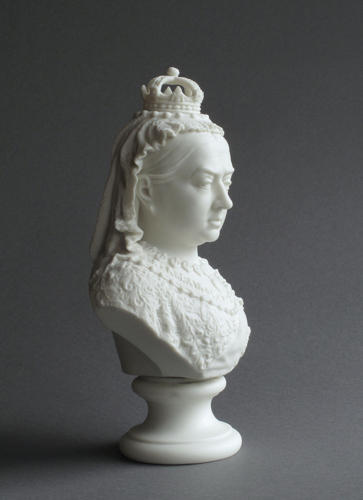 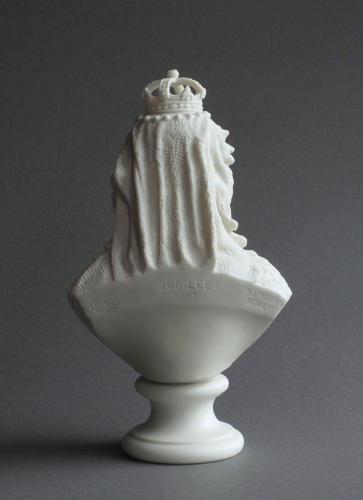 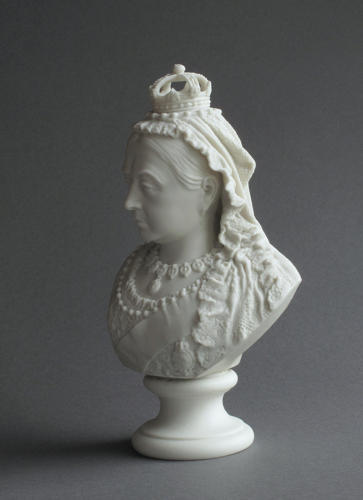 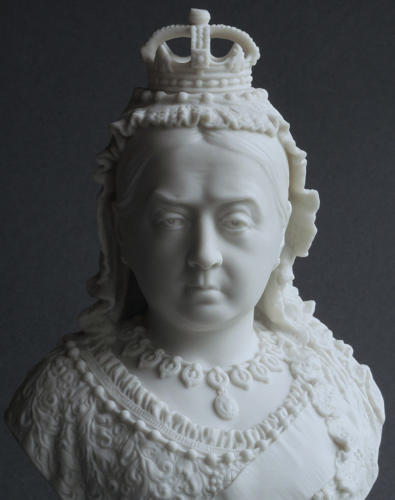 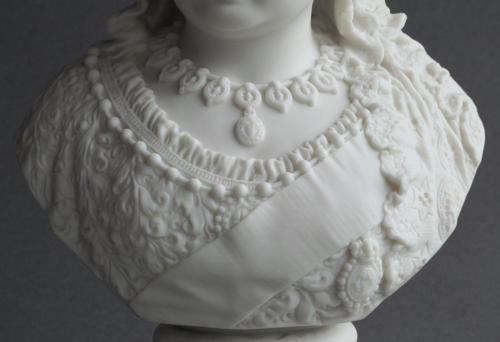 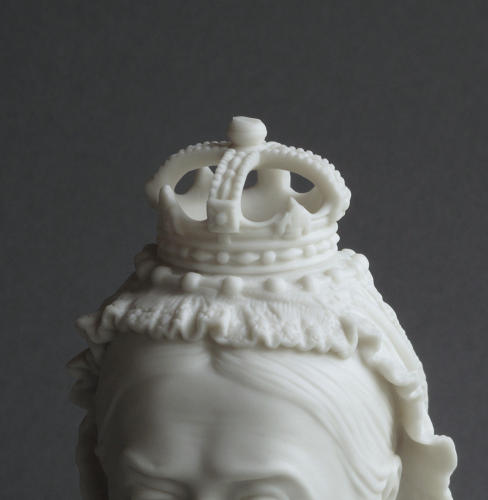 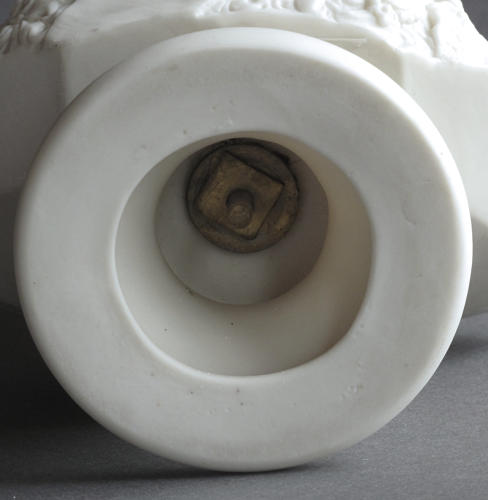 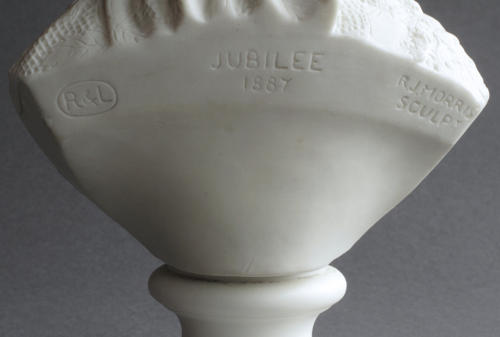 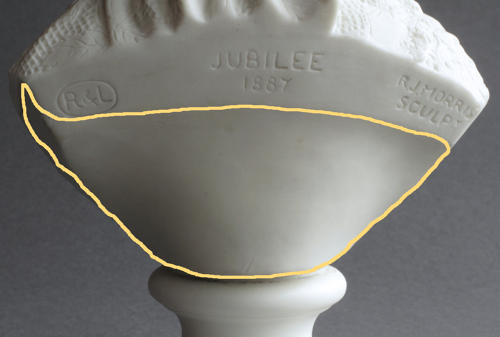