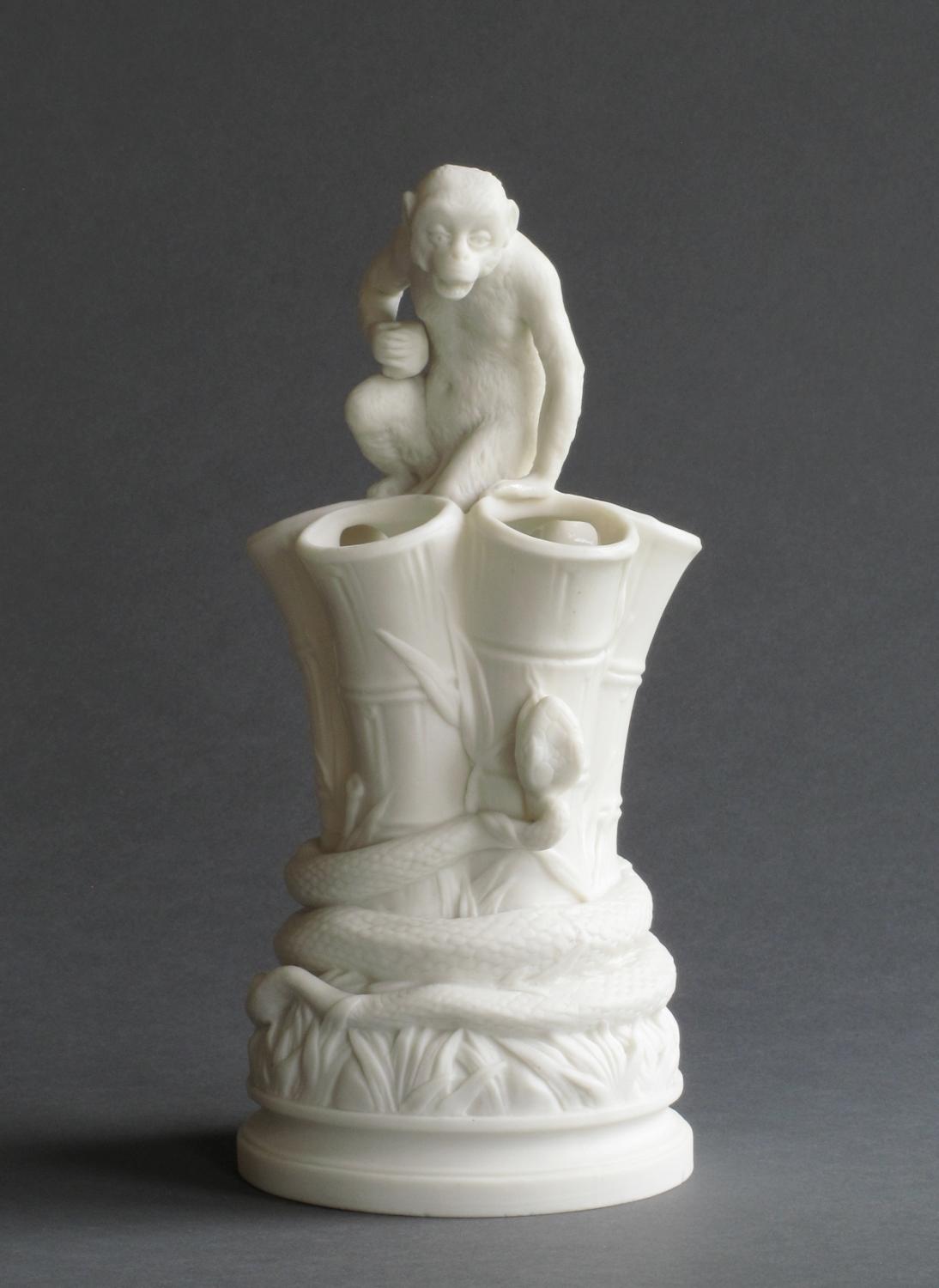 An attractive and well-detailed Parian vase probably by Robinson and Leadbeater, and dating from c1871.  The vase is modelled as five hollow bamboo stems around the base of which a snake is coiled.  On top of the vase sits a monkey which is shouting down at the snake as it ascends the vase. The interior of the vase is glazed.  The vase has a registration diamond for December 1871.  Height 21.5cm (8.5")

This vase is not marked with a maker's mark, but I believe it to be the monkey vase design registered by Robinson and Leadbeater in December 1871.  (Early R&L parian wares were not marked.)

Charles Darwin published his book 'On the Origin of the Species' in 1859 and it is possible that this design was made to capture the interest generated by the lively debate about man being 'descended from the apes'.

Condition.  This vase is in excellent, undamaged, condition. 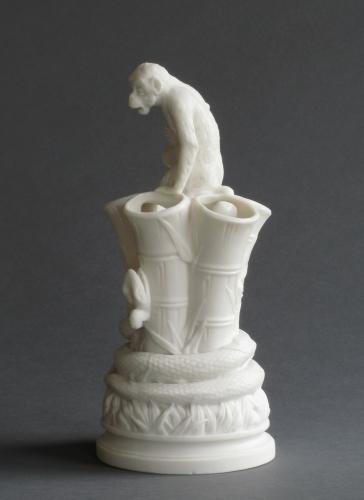 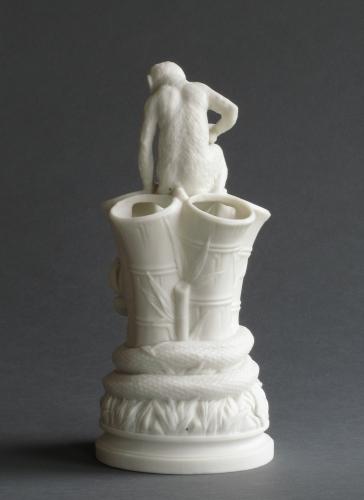 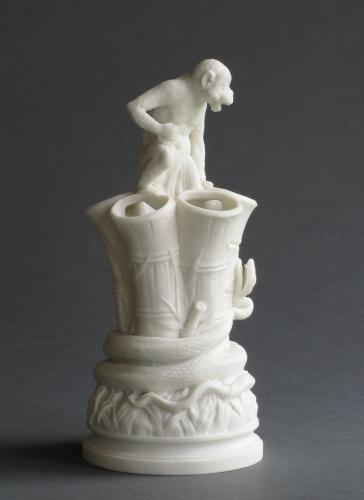 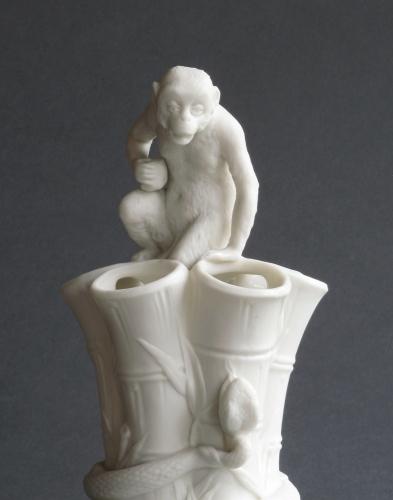 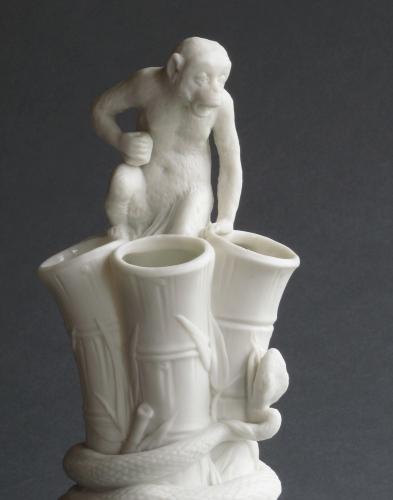