A fine Parian bust of Wagner by Robinson & Leadbeater from the last quarter of the 19th century.

Wilhelm Richard Wagner 1813 –1883 was a German composer, conductor, theatre director and writer, primarily known for his operas. Unlike most opera composers, Wagner wrote both the libretto and the music for each of his stage works.

Throughout his life he had many love affairs and periods of debt and poverty, necessitating flight from his creditors. His political activity caused him to be exiled from Germany for many years.

This bust is in excellent condition with just a faint firing flaw line across the front of the shirt collar. 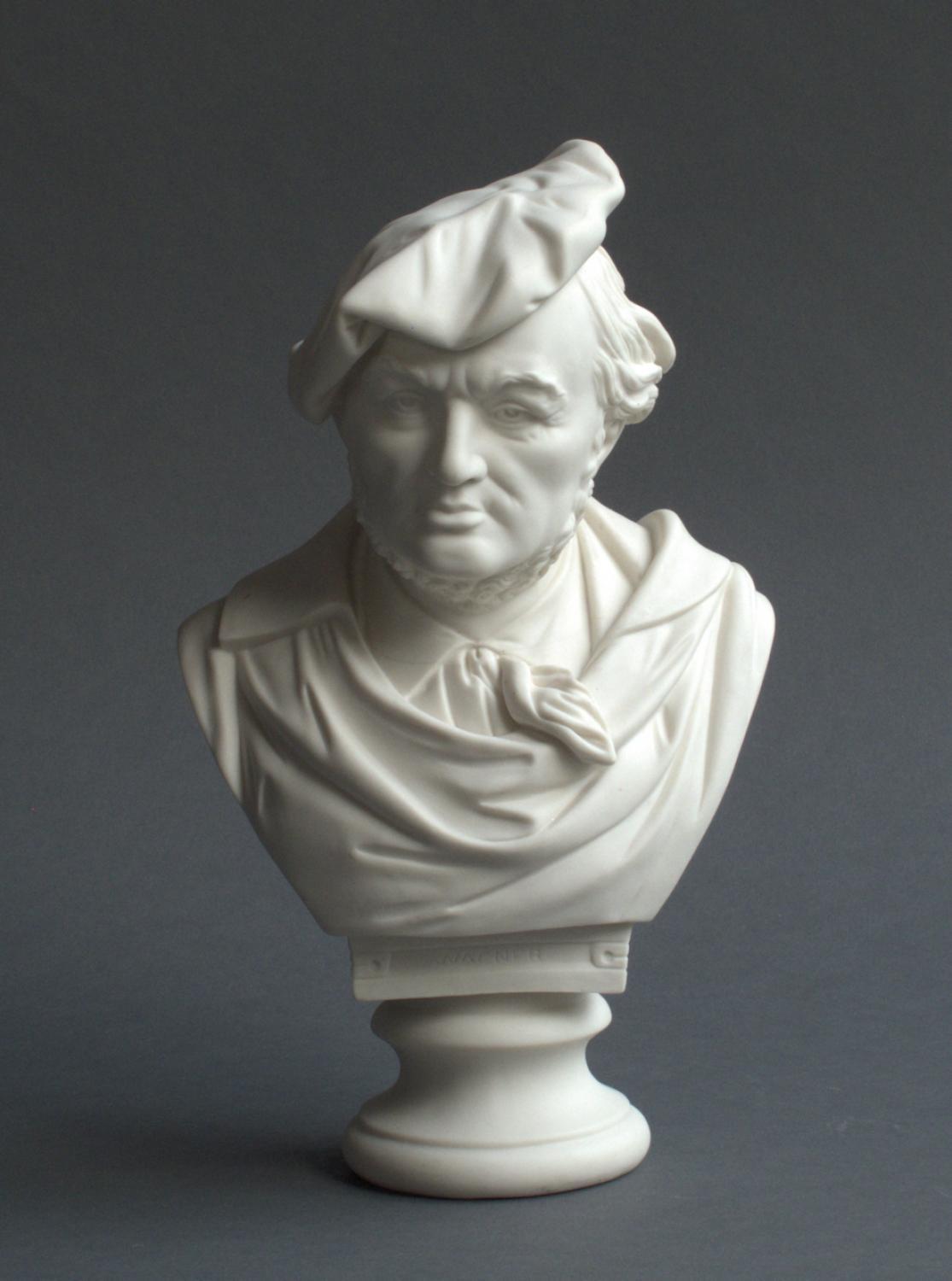 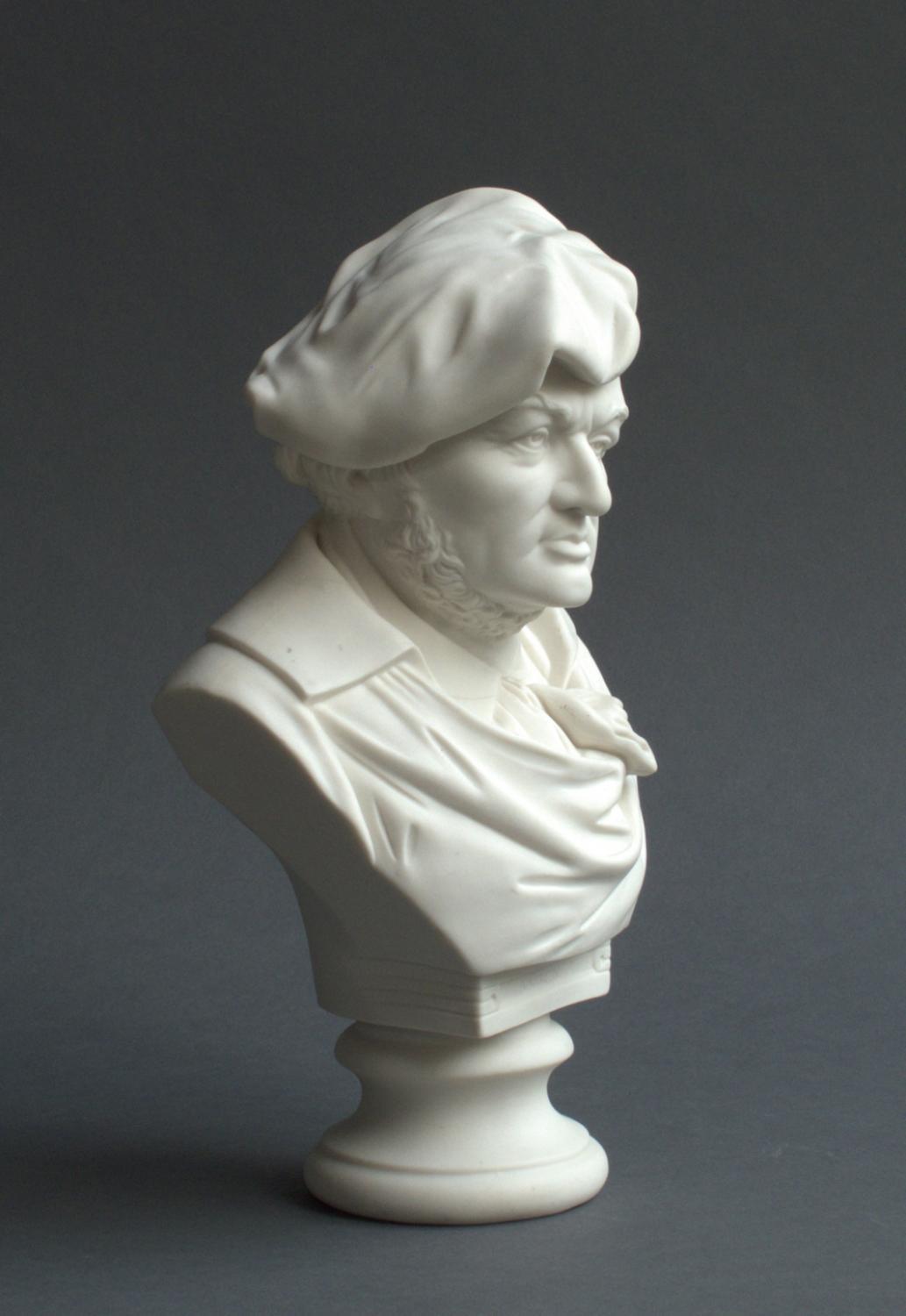 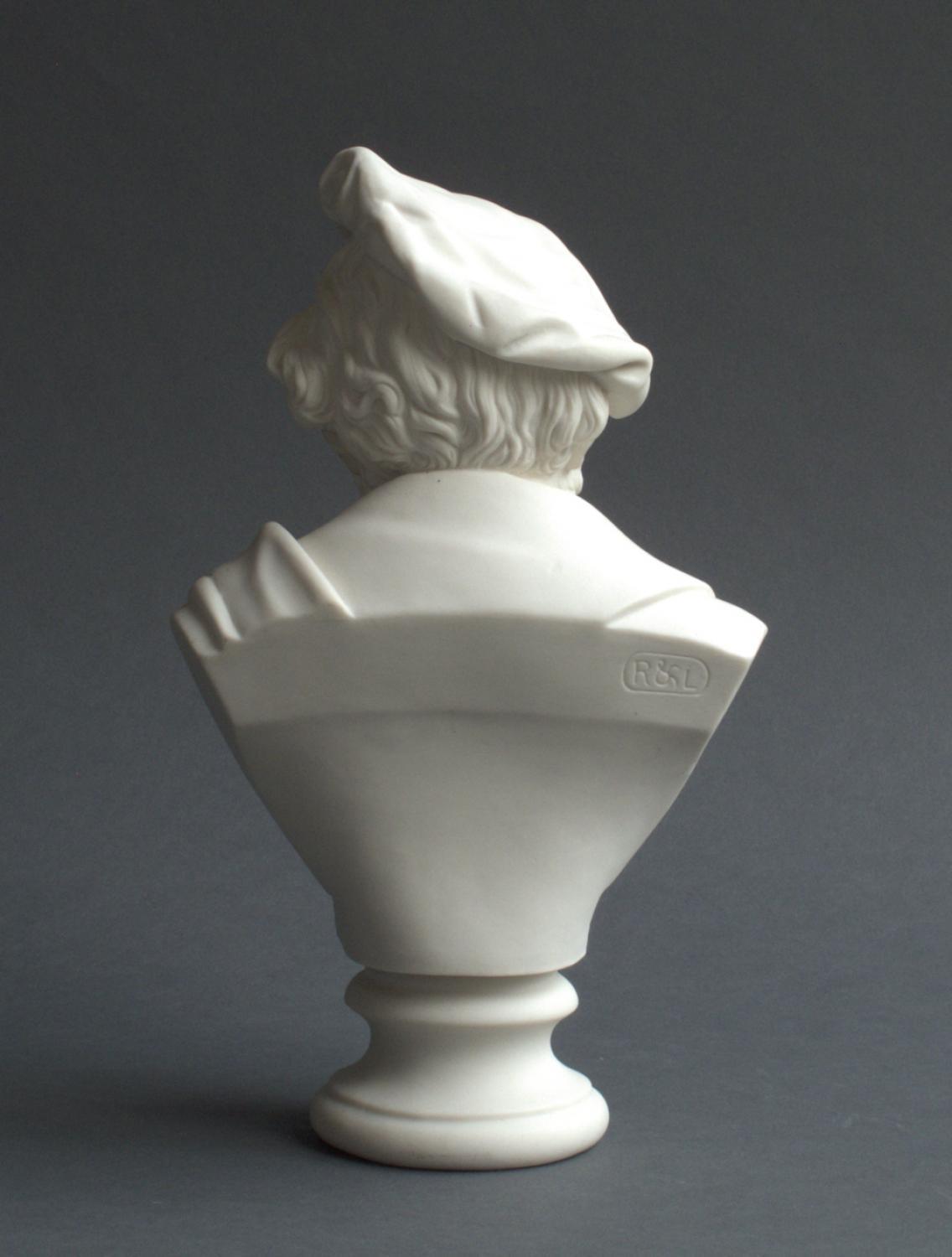 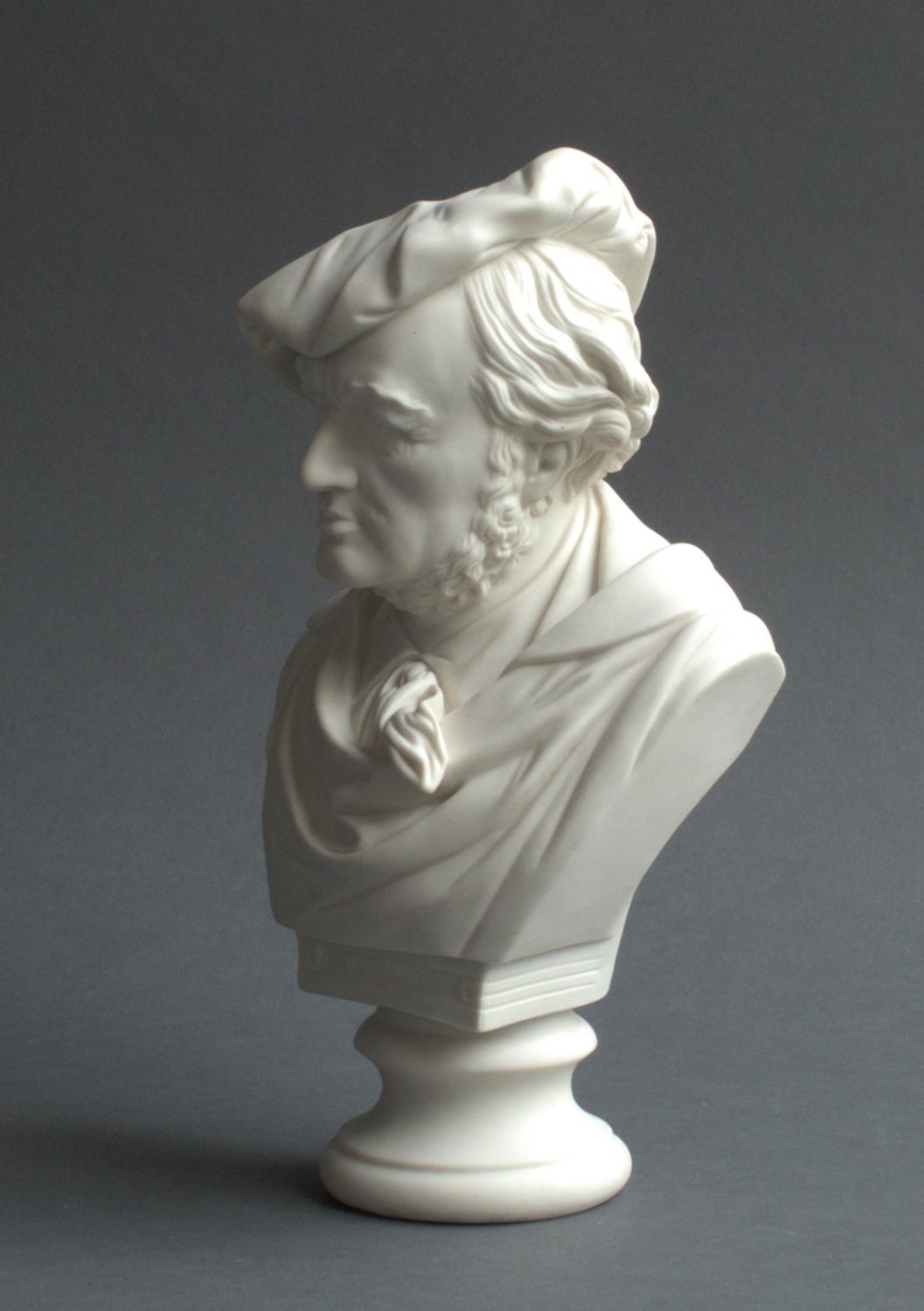