A Copeland Parian figure of The Greek Slave

A large Parian figure of the Greek Slave by Copeland from the popular sculpture by Hiram Powers. The original marble was exhibited first in London in 1845 with another marble example shown at the Great Exhibition at the Crystal Palace in 1851, following a successful tour of the United States. Powers made and sold six marble versions altogether. One of these is illustrated in The Parian Phenomenon page 42, Fig 53.

Parian versions were produced by various manufacturers. The Copeland figure is illustrated in Robert Copeland’s book “Parian - Copeland’s Statuary Porcelain” page 145 fig S69. This example is unusual in that the original Parian chain has survived , albeit attached with thread. Copeland’s book states that the chain was priced separately.

The figure is in perfect condition. There are minor faults to the chain, which is attached to the wrist shackles by white threads. 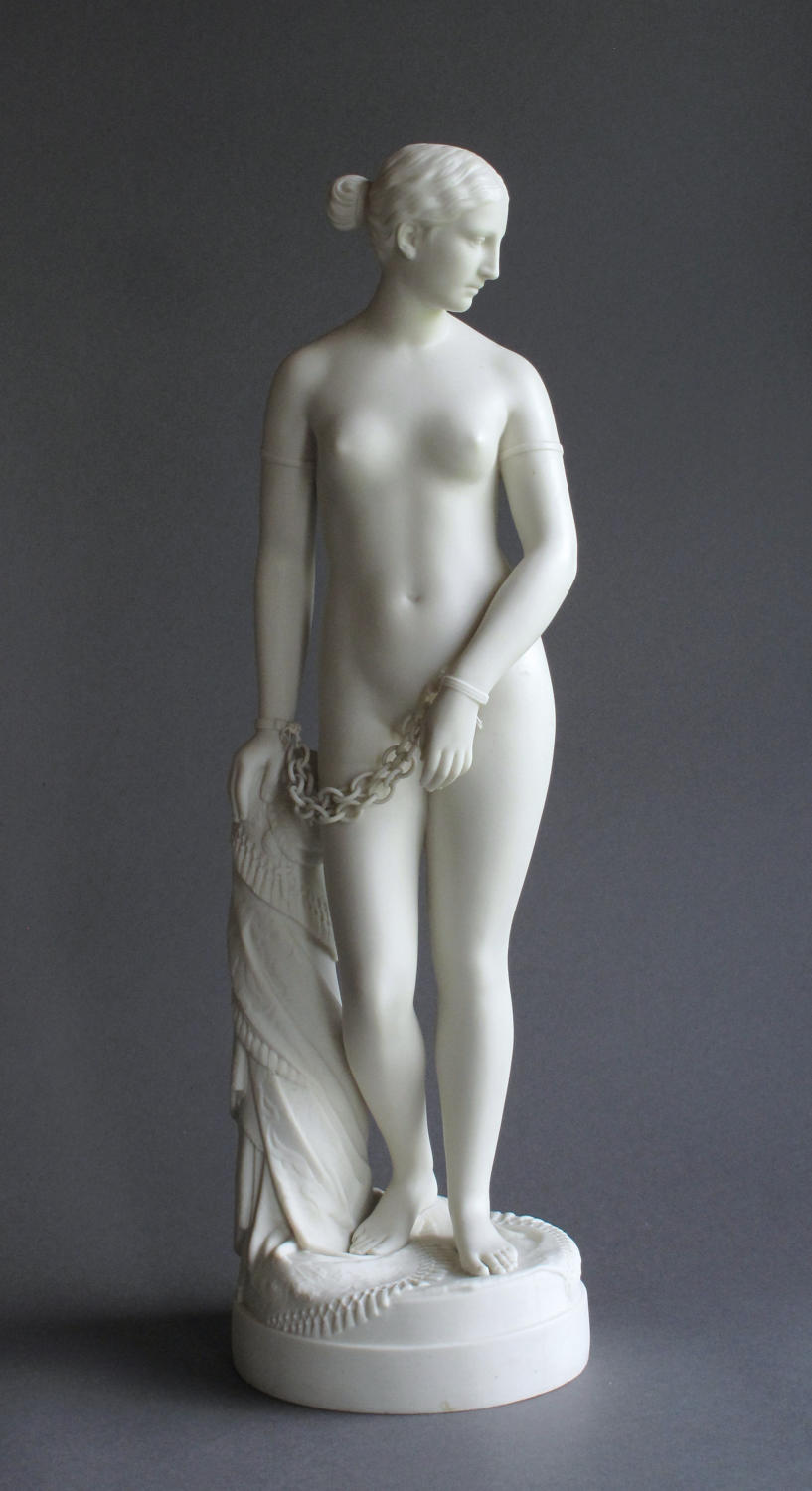 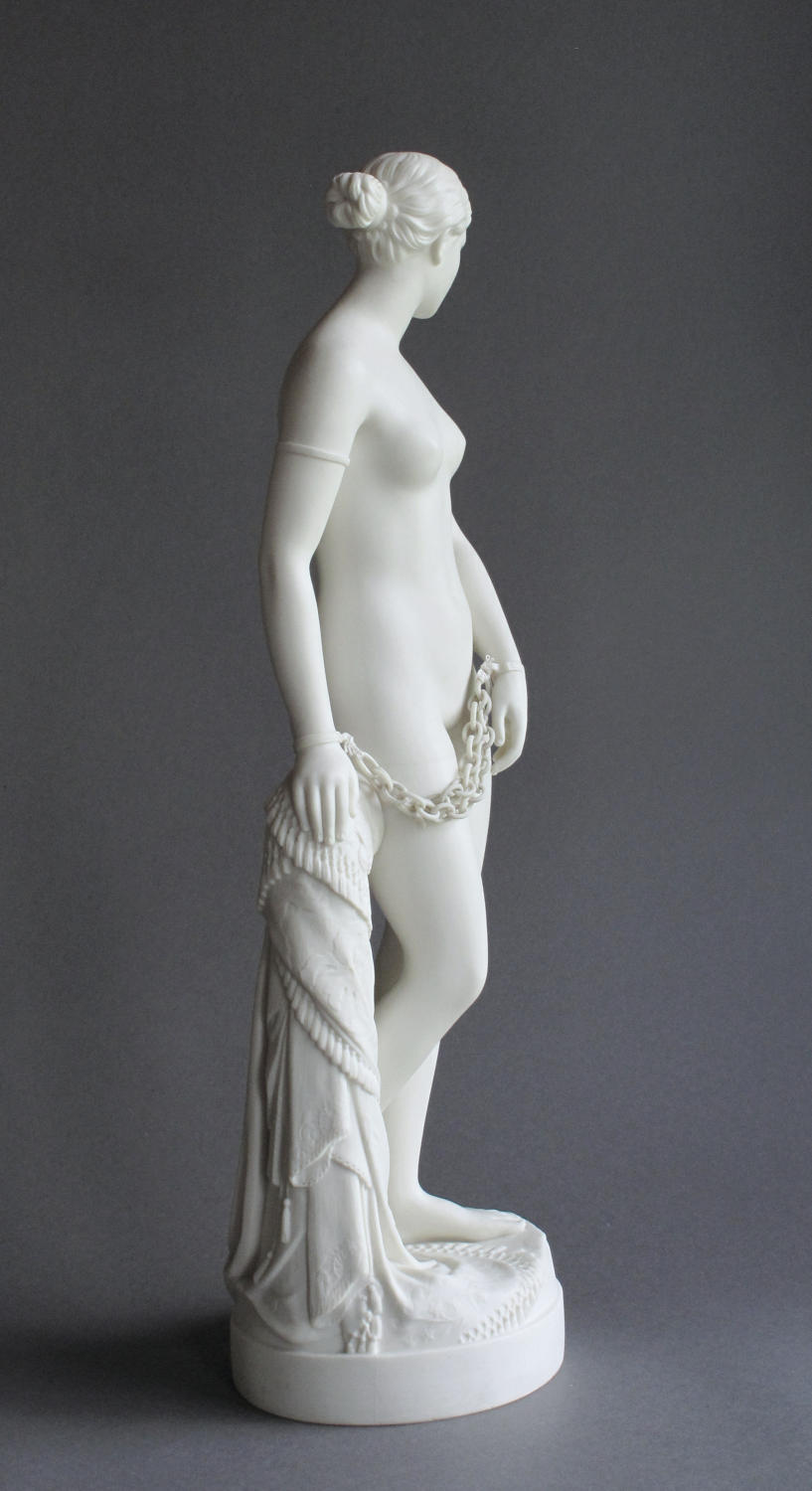 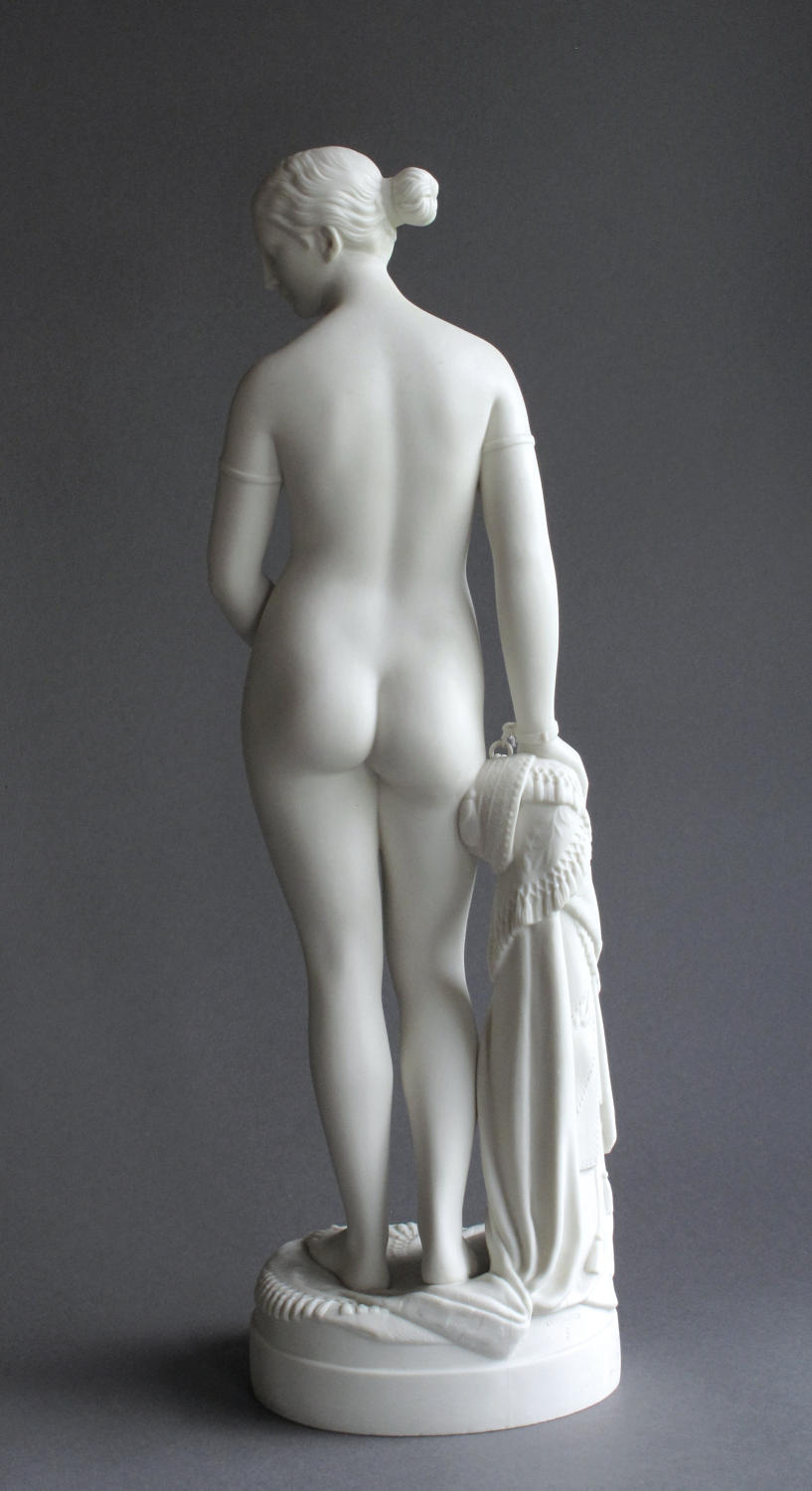 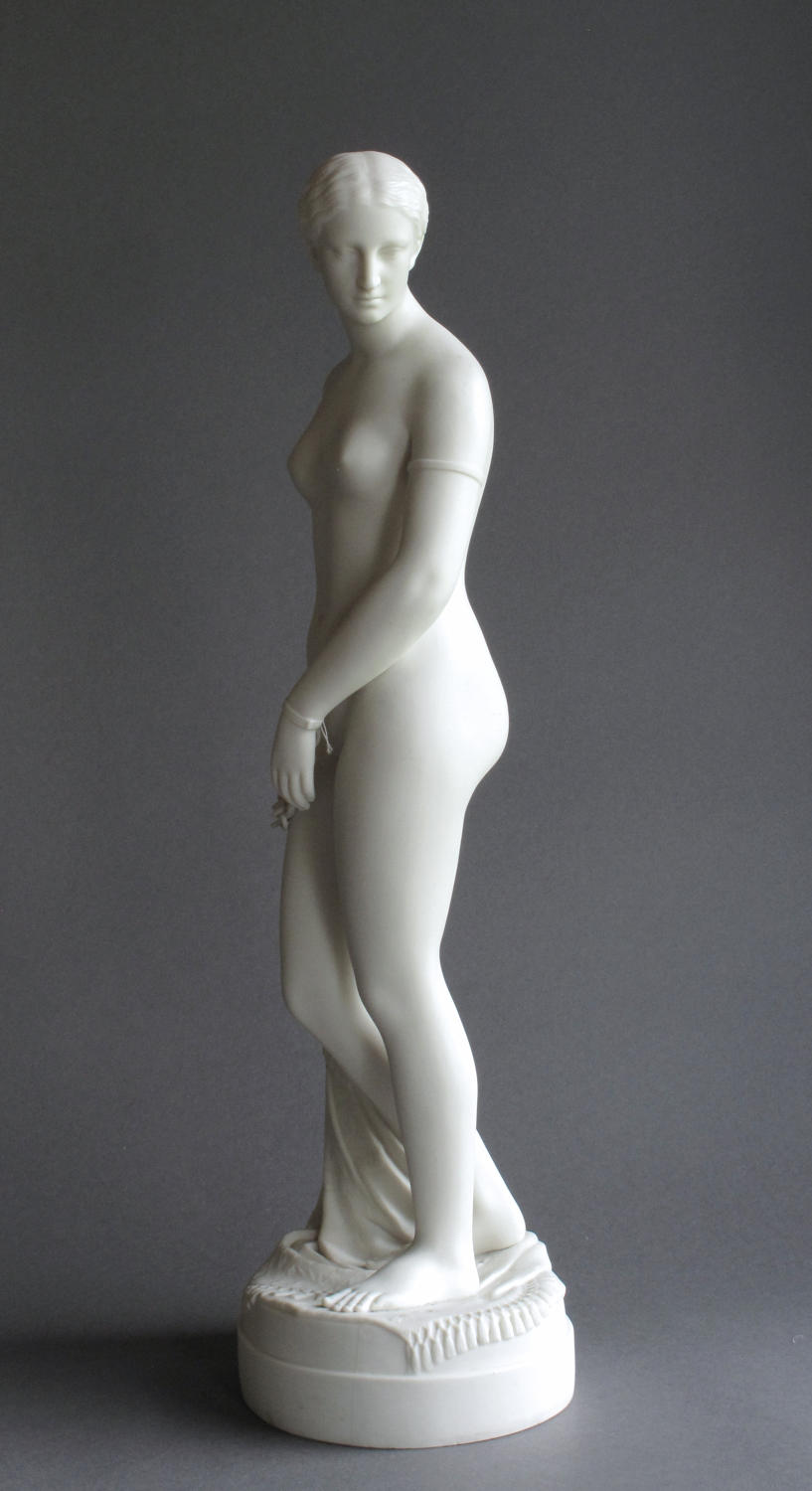 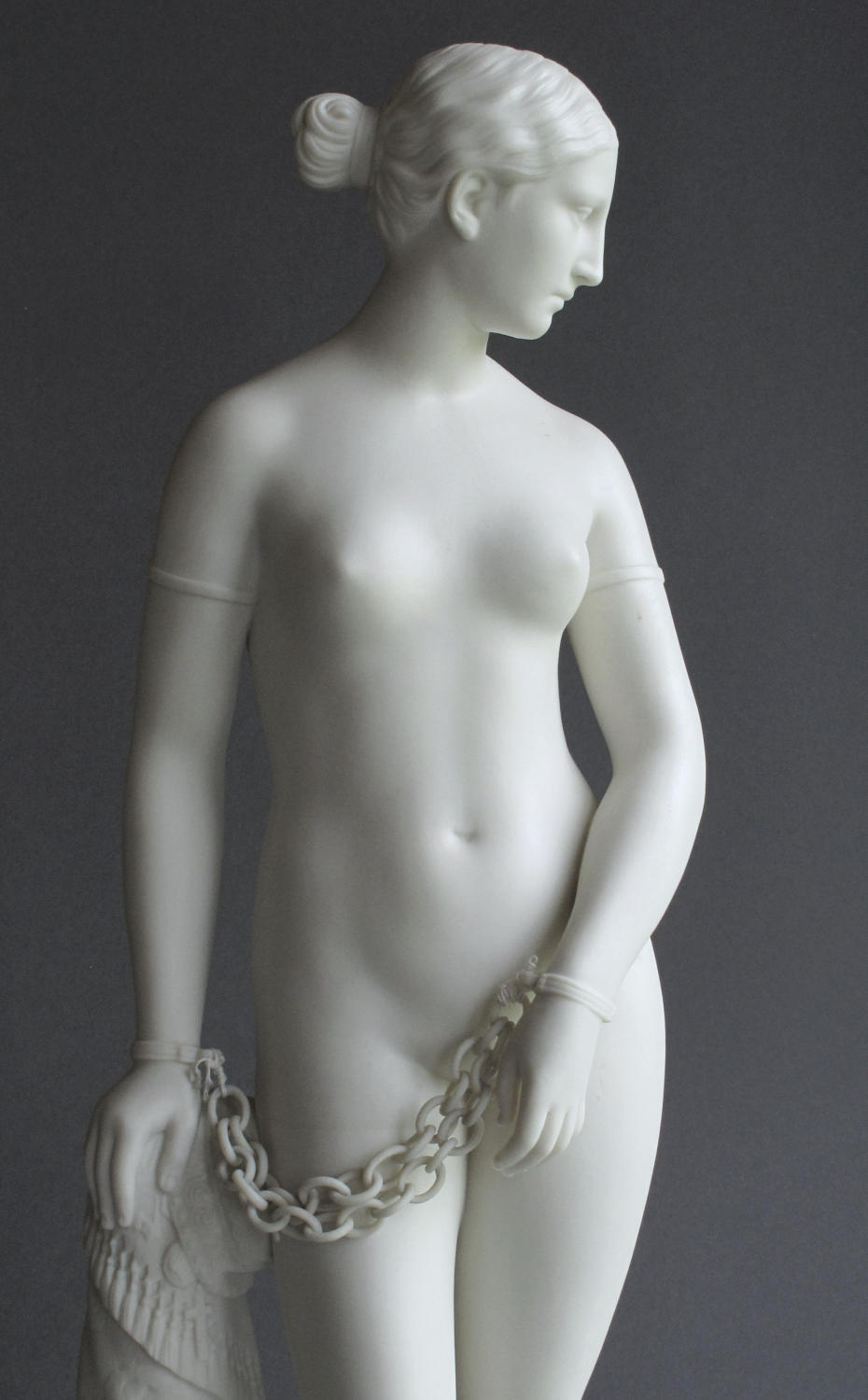 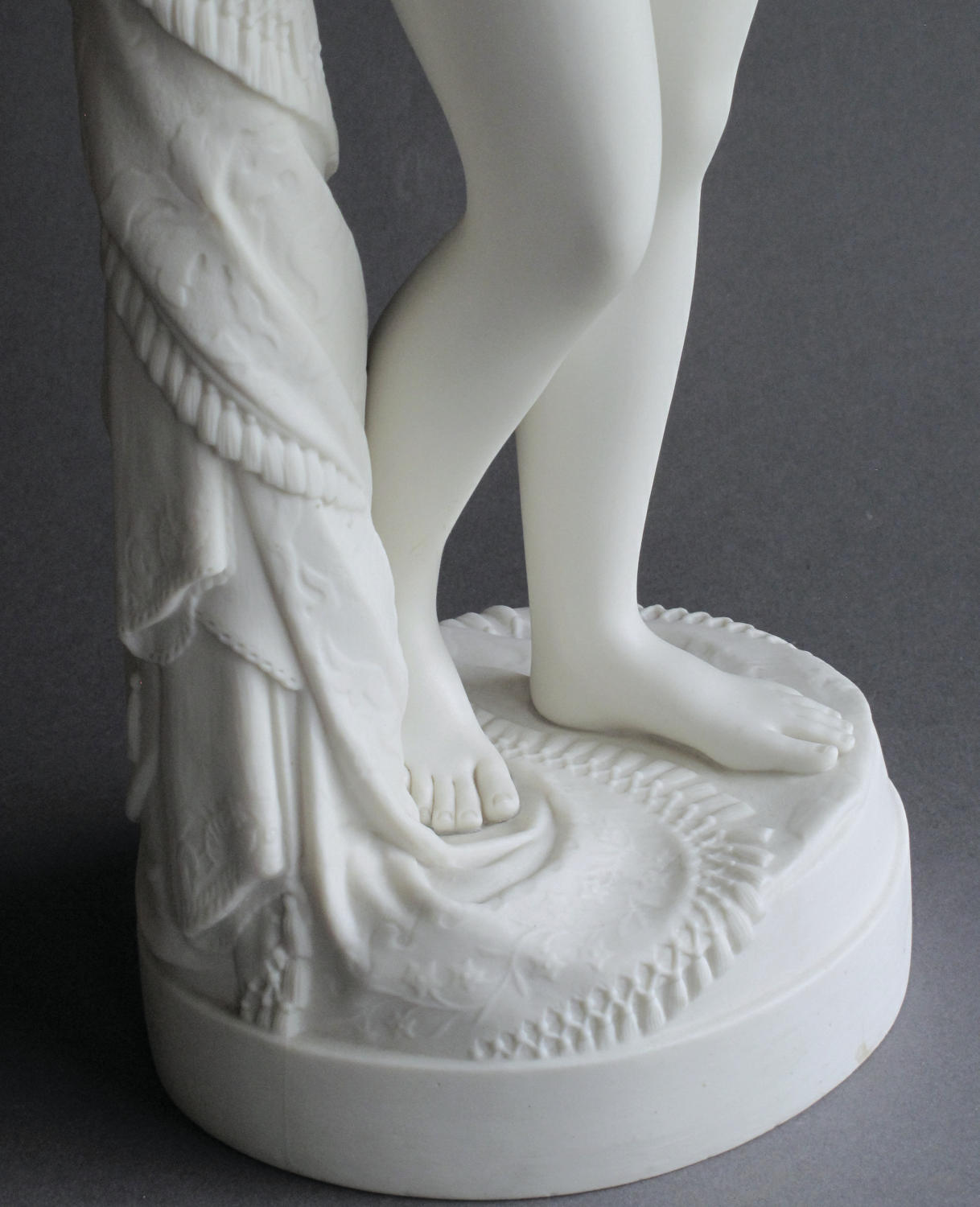 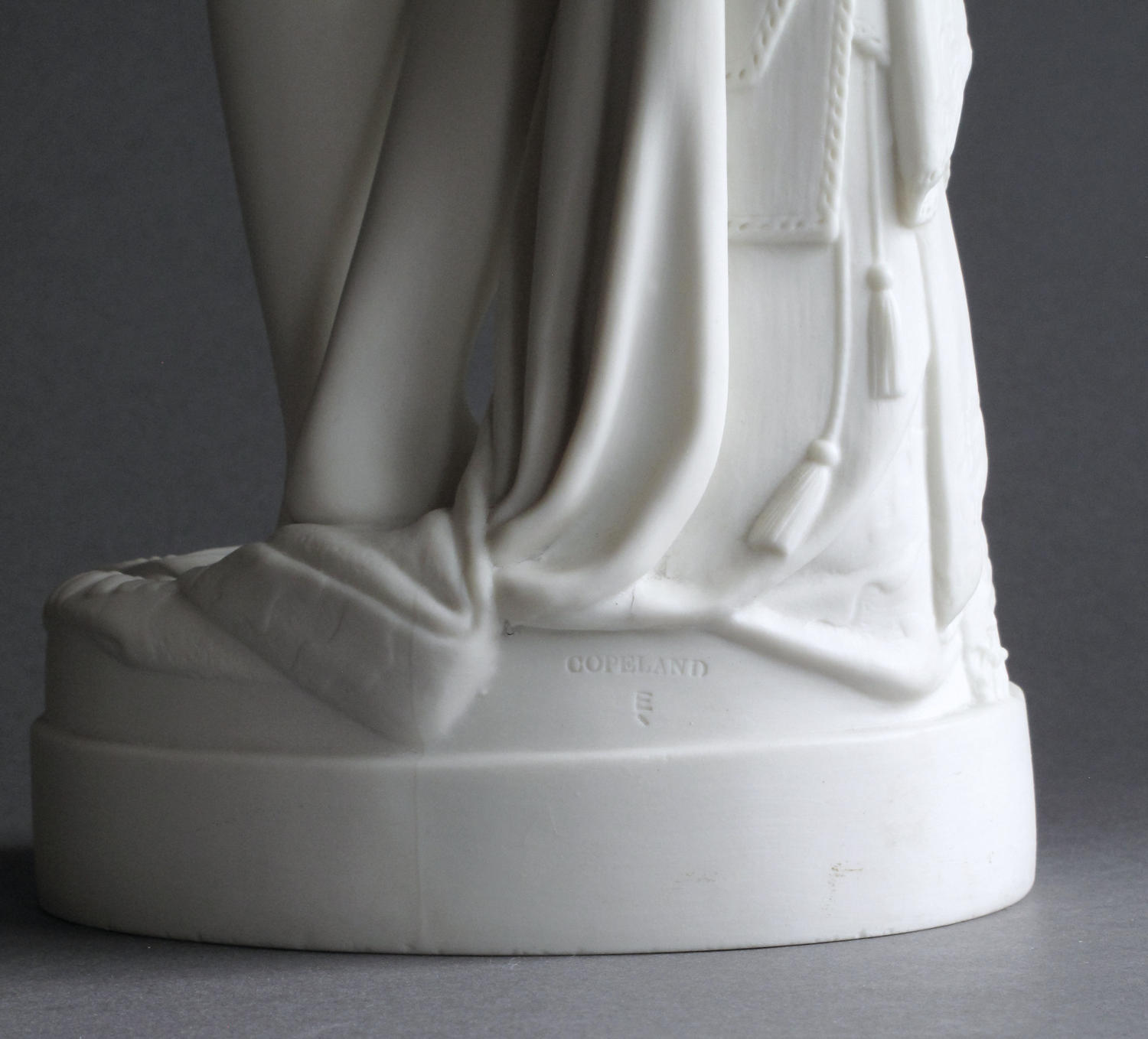