A small Parian bust of Gladstone by Robinson and Leadbeater

A small and finely-detailed Parian bust of Gladstone by Robinson and Leadbeater with an integral square socle.  This is one of a large series of small busts of famous people produced by the Stoke on Trent firm of Robinson and Leadbeater, who specialised in Parian wares, during the last quarter of the Nineteenth Century.  Some of the busts were made in larger and occasionally smaller sizes.  Marked R&L on reverse.  This bust is illustrated on page 233 of The Parian Phenomenon, fig 764.  Height 20.5cm (8”)

This bust has a flake off the underside and a slight roughness to one corner. 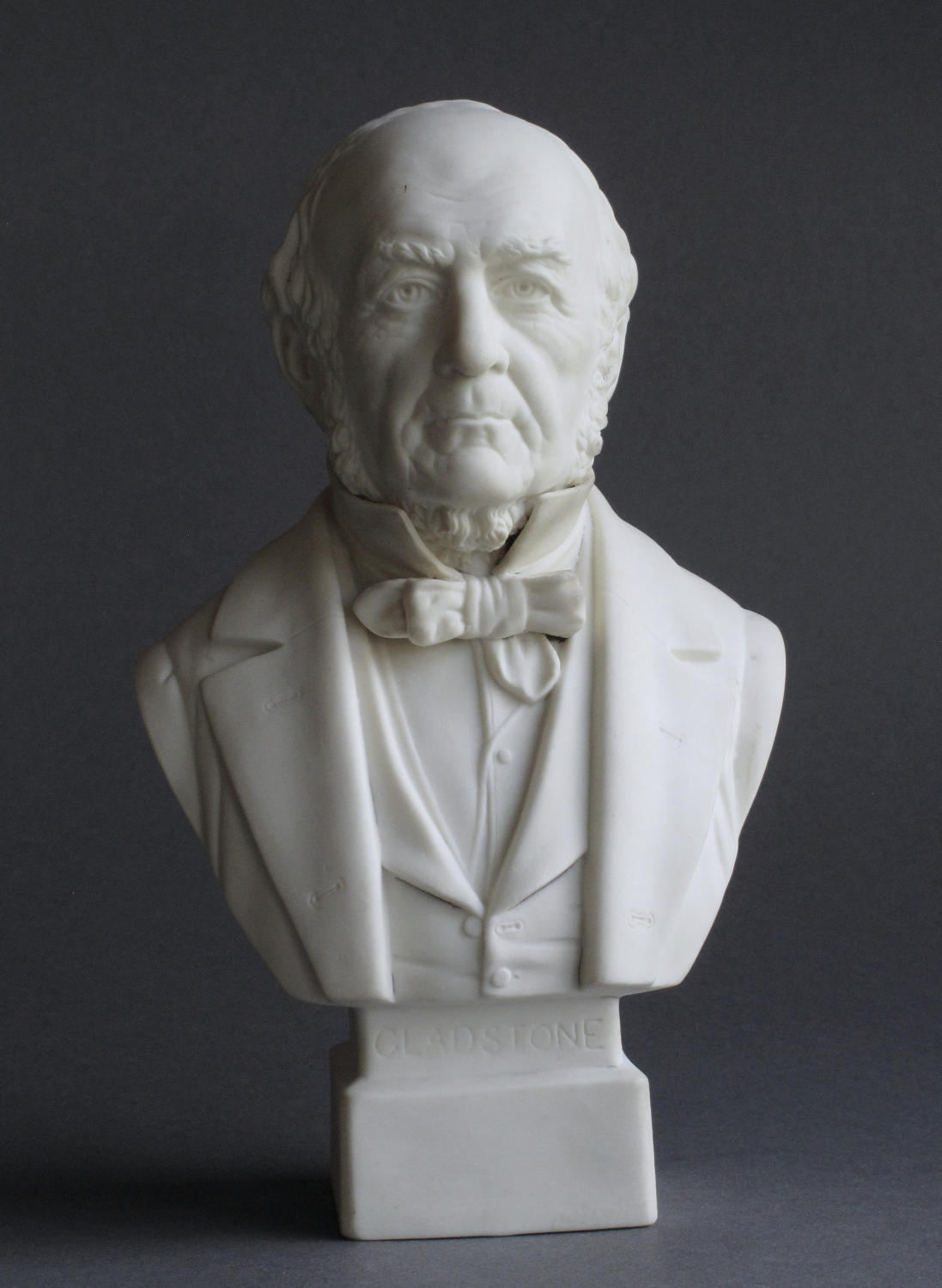 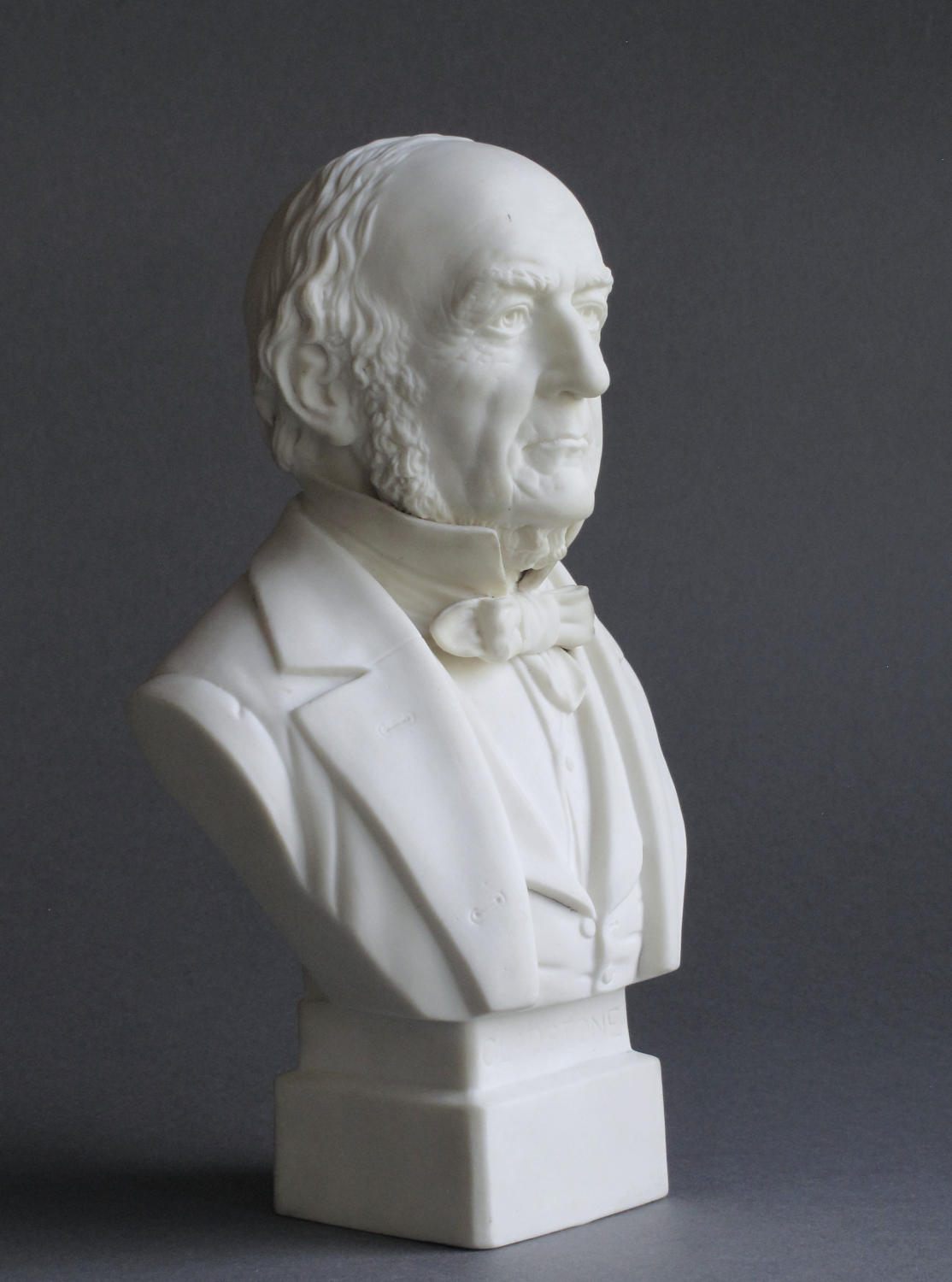 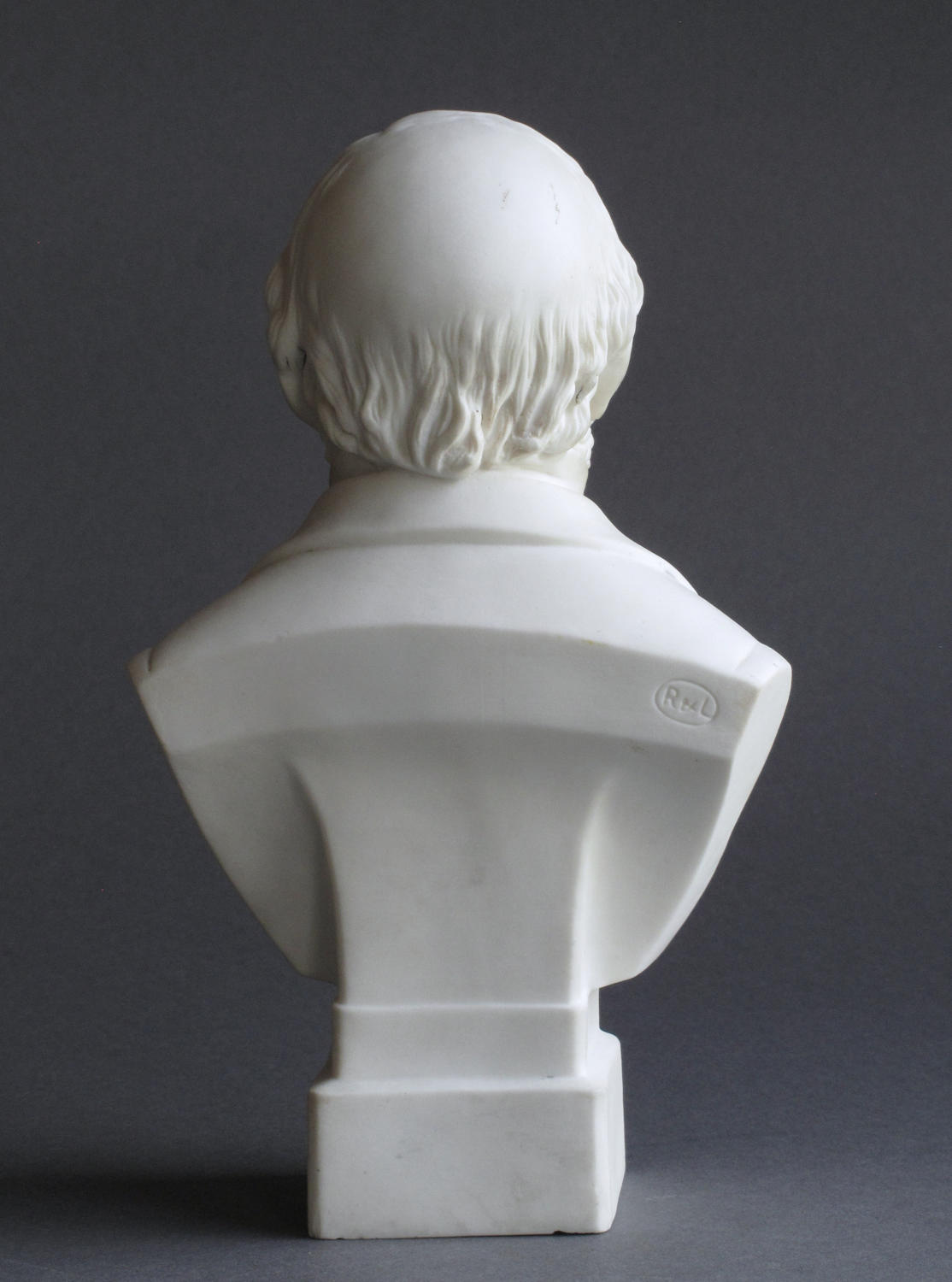 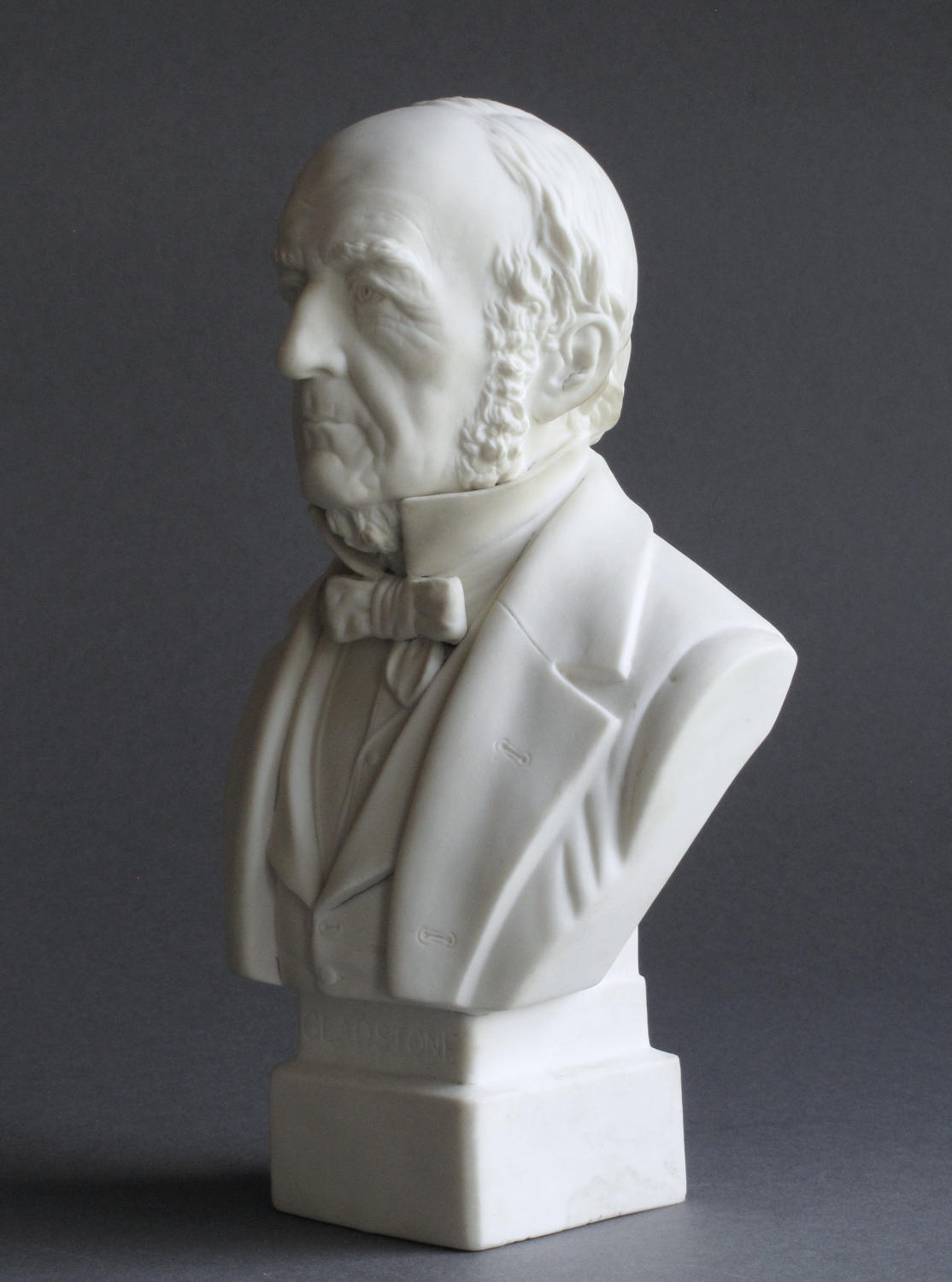 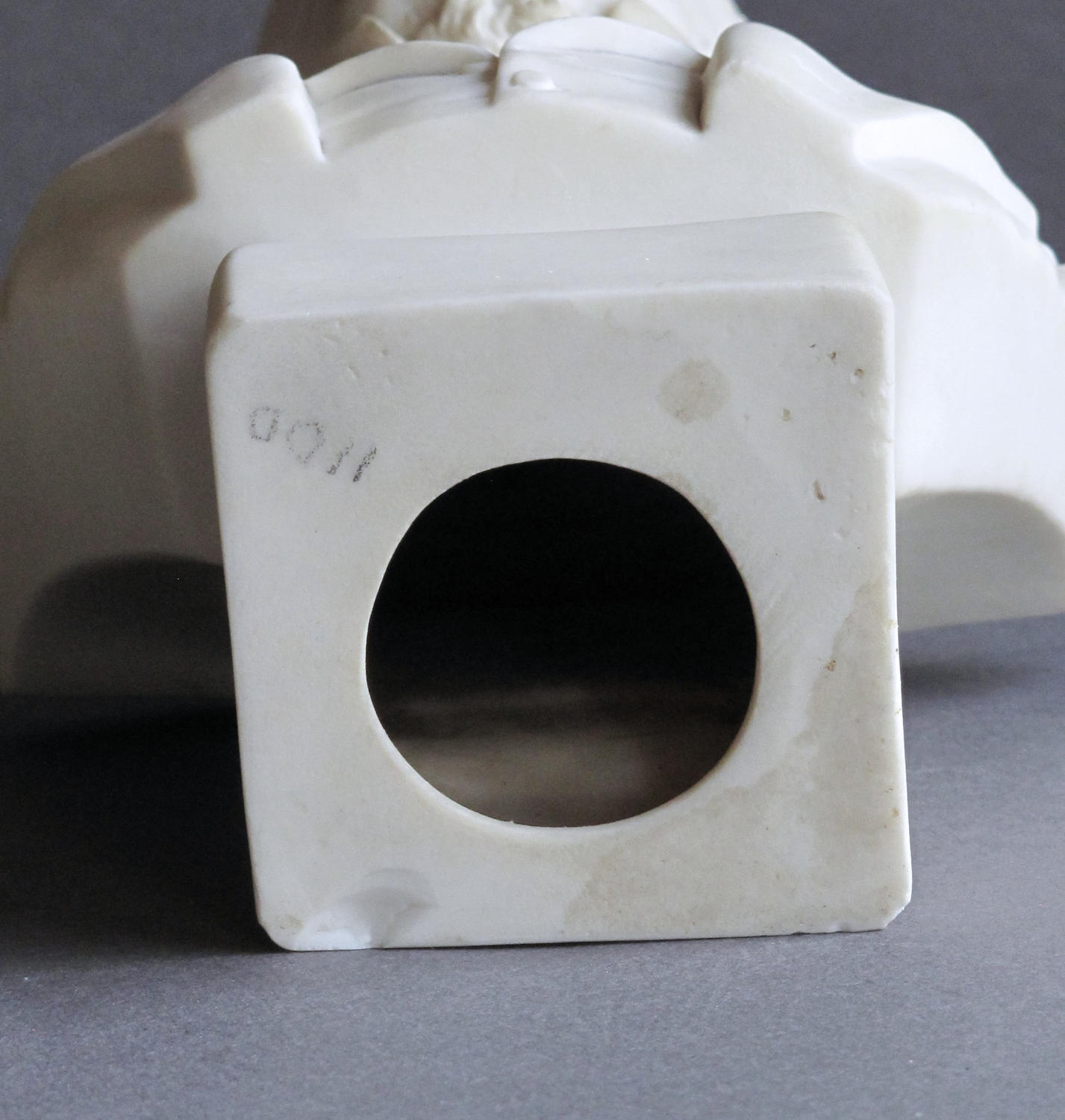