A beautiful, powerful and uncommon figure of Cain and Abel by Minton from Carrier-Belleuse, originally sculpted in 1854 and exhibited at the International Exhibition in 1862.  The figure is incised “Albert Carrier 1854 Stoke” and has the Minton ermine mark and the date mark for 1858.  Size: 47cm high x 36cm wide (18½” x 14.2”)

This figure is illustrated in the “Parian Phenomenon” page 76 fig 114.

According to the Bible’s Book of Genesis, Cain and Abel were the children of Adam and Eve. God was pleased with Abel’s offering of a sacrifice of a lamb, but not with Cain’s offering of corn. Cain, in his jealous rage, slew his brother Abel.

Carrier- Belleuse was one of several French sculptors who made original designs especially for the Parian manufacturers rather than copying marble or bronze originals. Carrier worked in England in the early to mid-1850s, creating an impressive range of figures, before returning to France to a glittering career in 1857. Rodin was one of his assistants. For more information see The Parian Phenomenon, chapter: “French Modellers in the Potteries”.

Condition  The forefinger on Abel's right hand is missing. There is a very small shallow chip under the rear base edge, a firing line across the right hand and between the wall and Abel’s body, and some staining at the bottom rear and base. Otherwise this figure is in excellent condition. 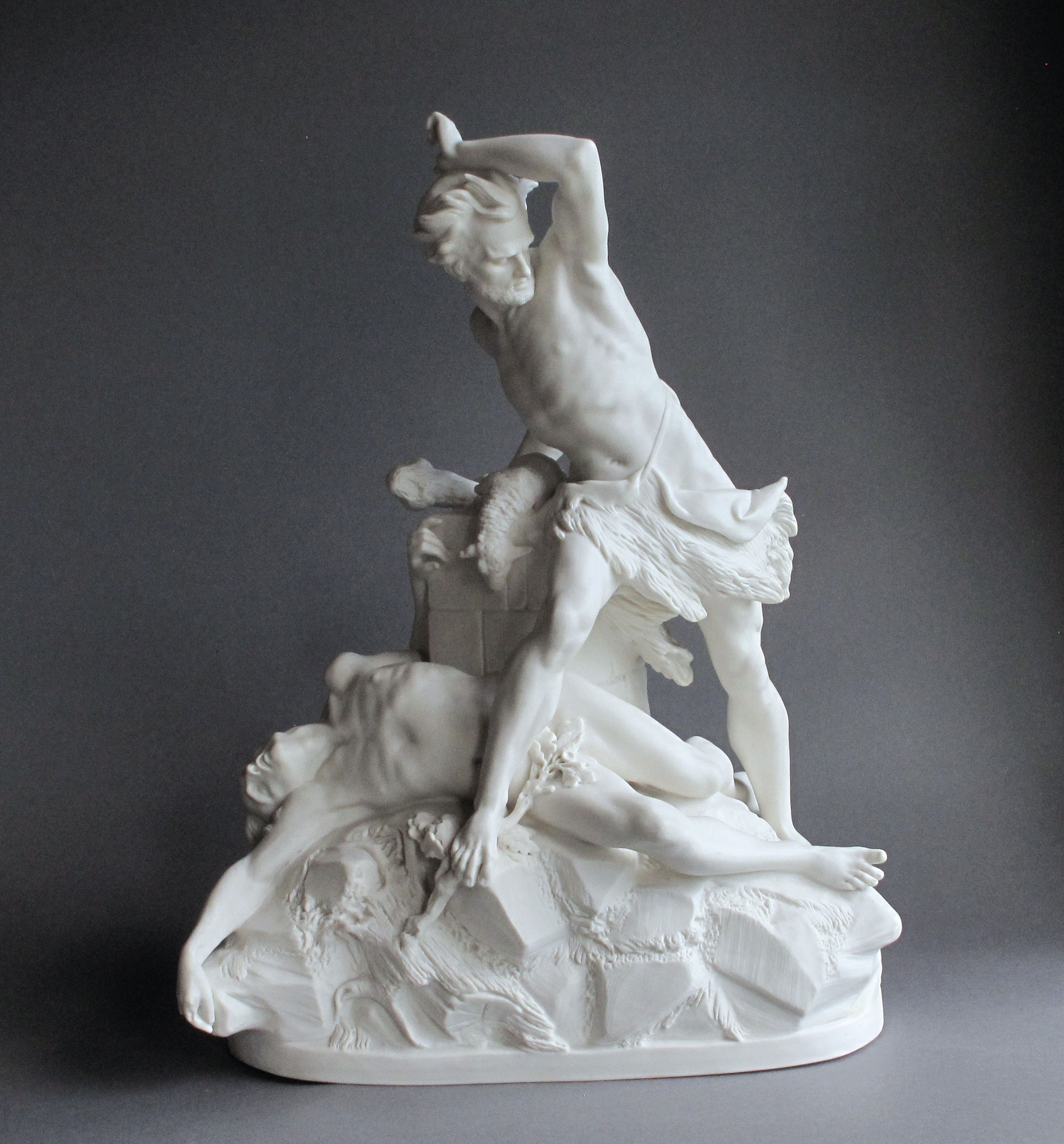 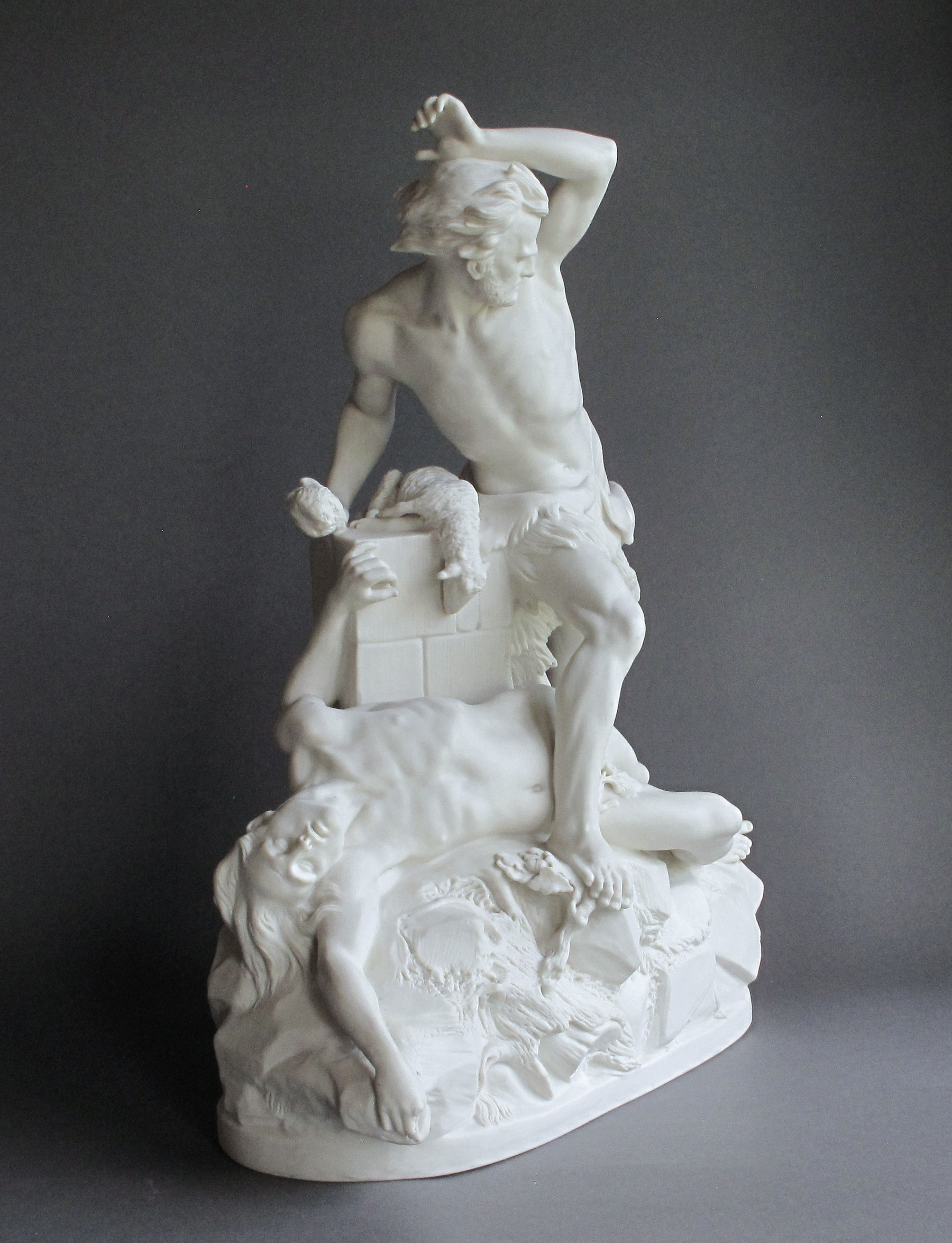 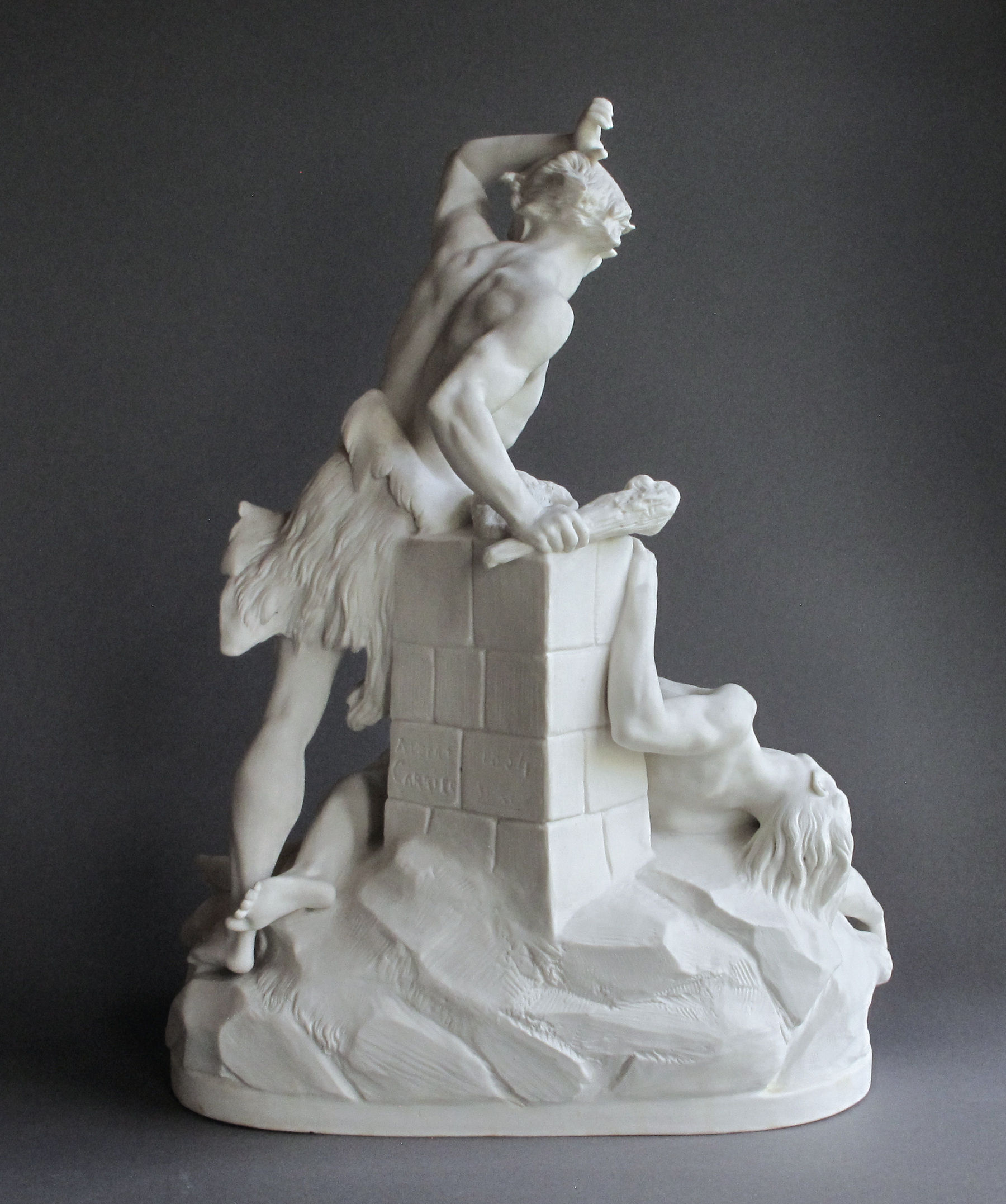 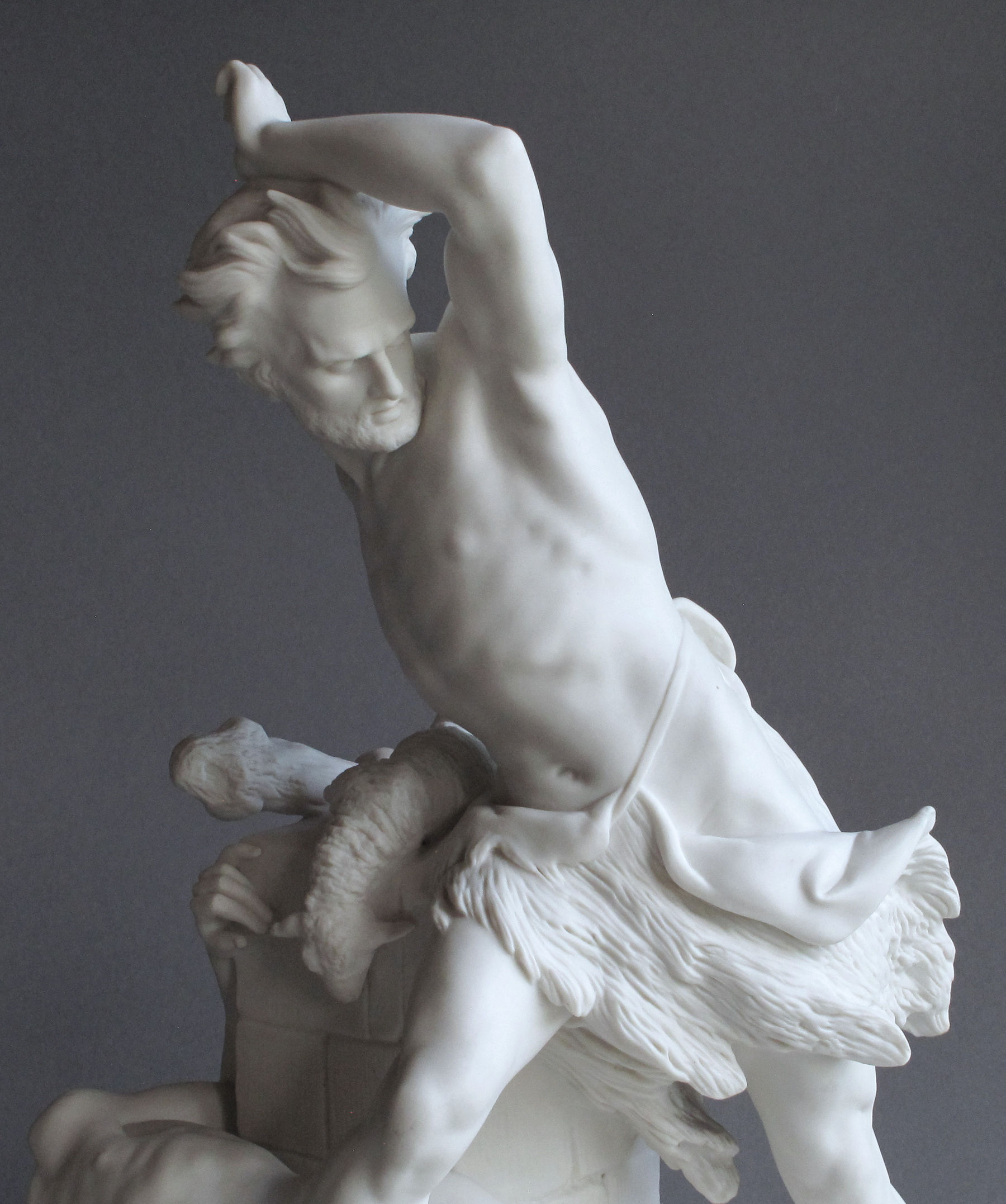 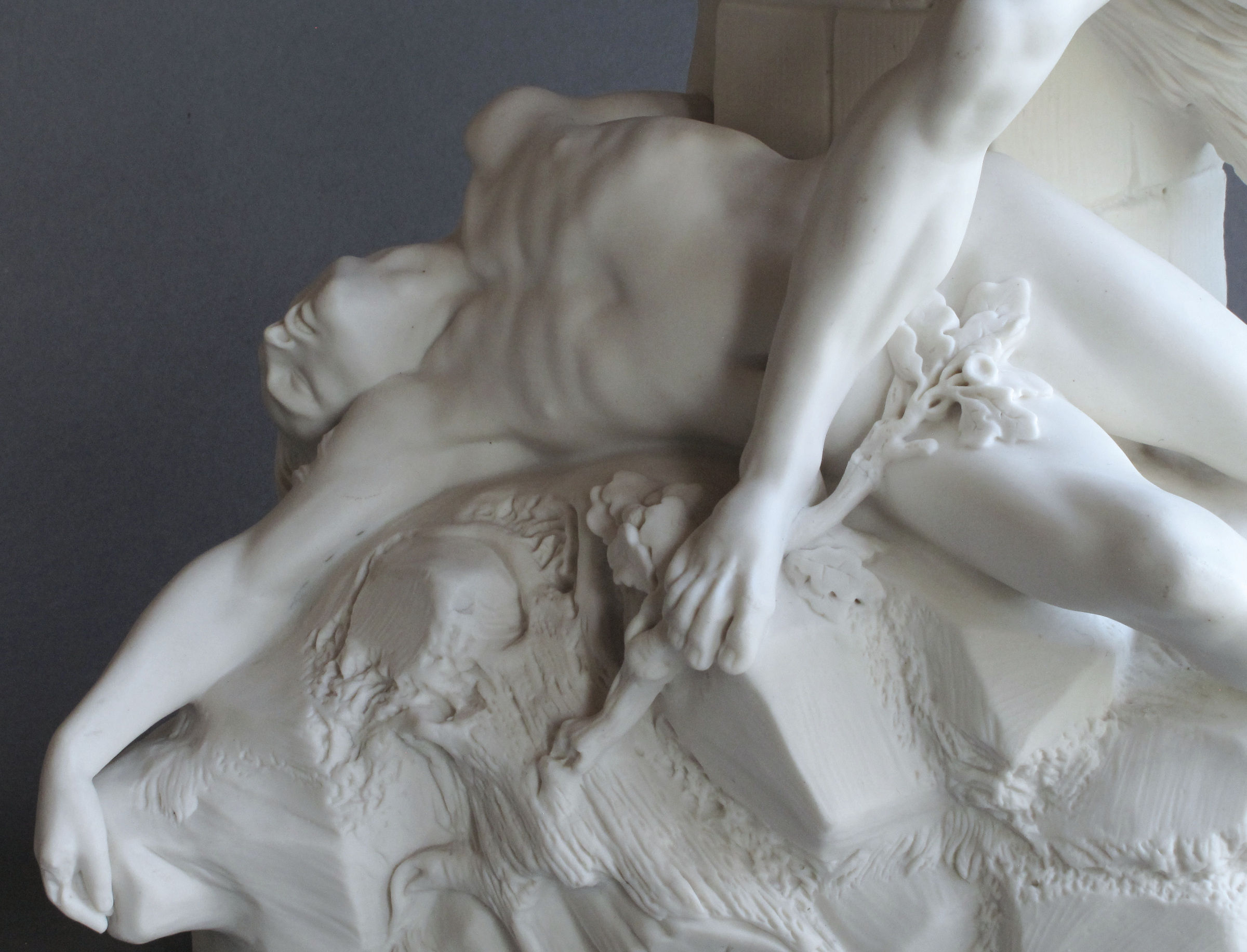 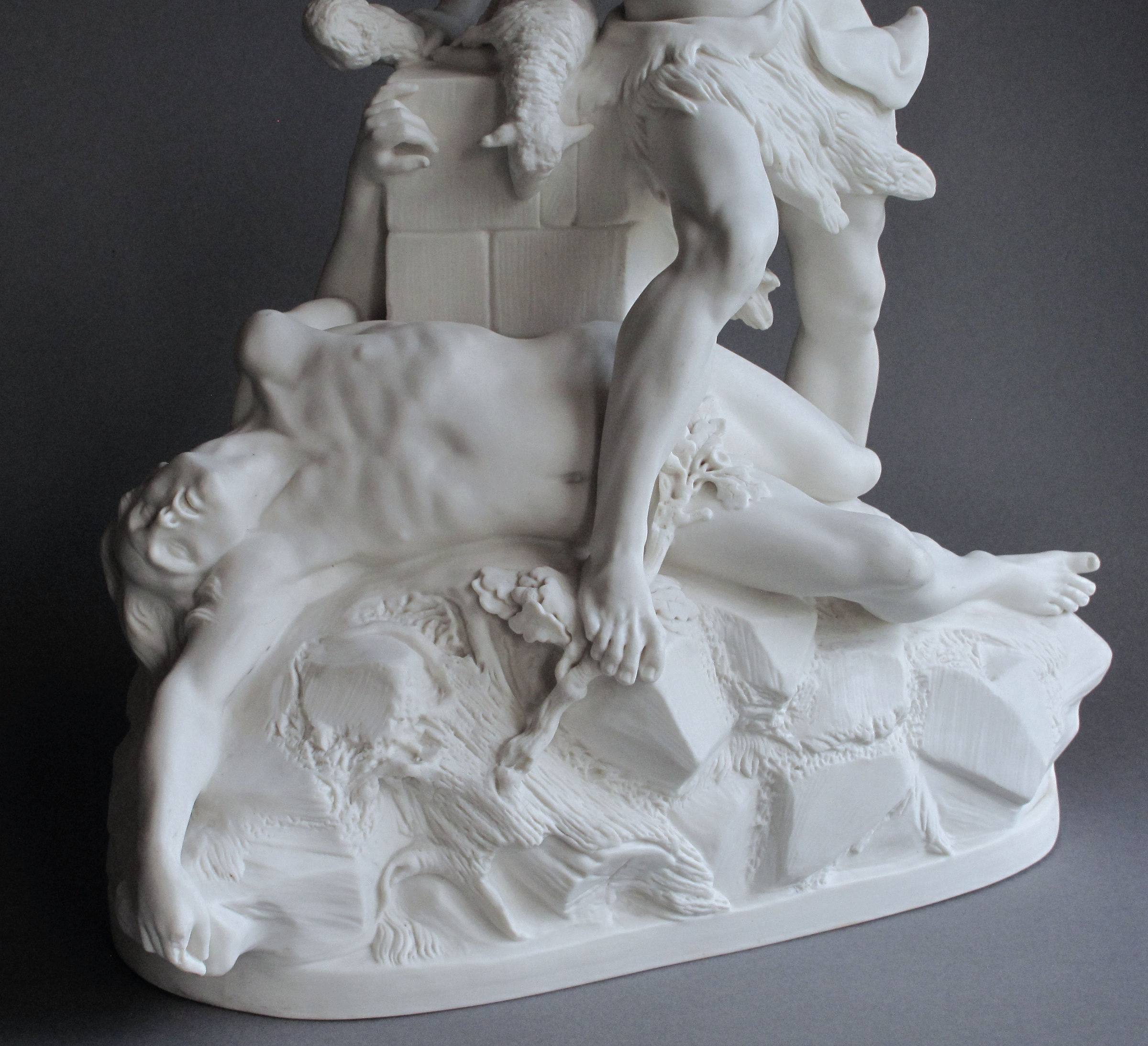 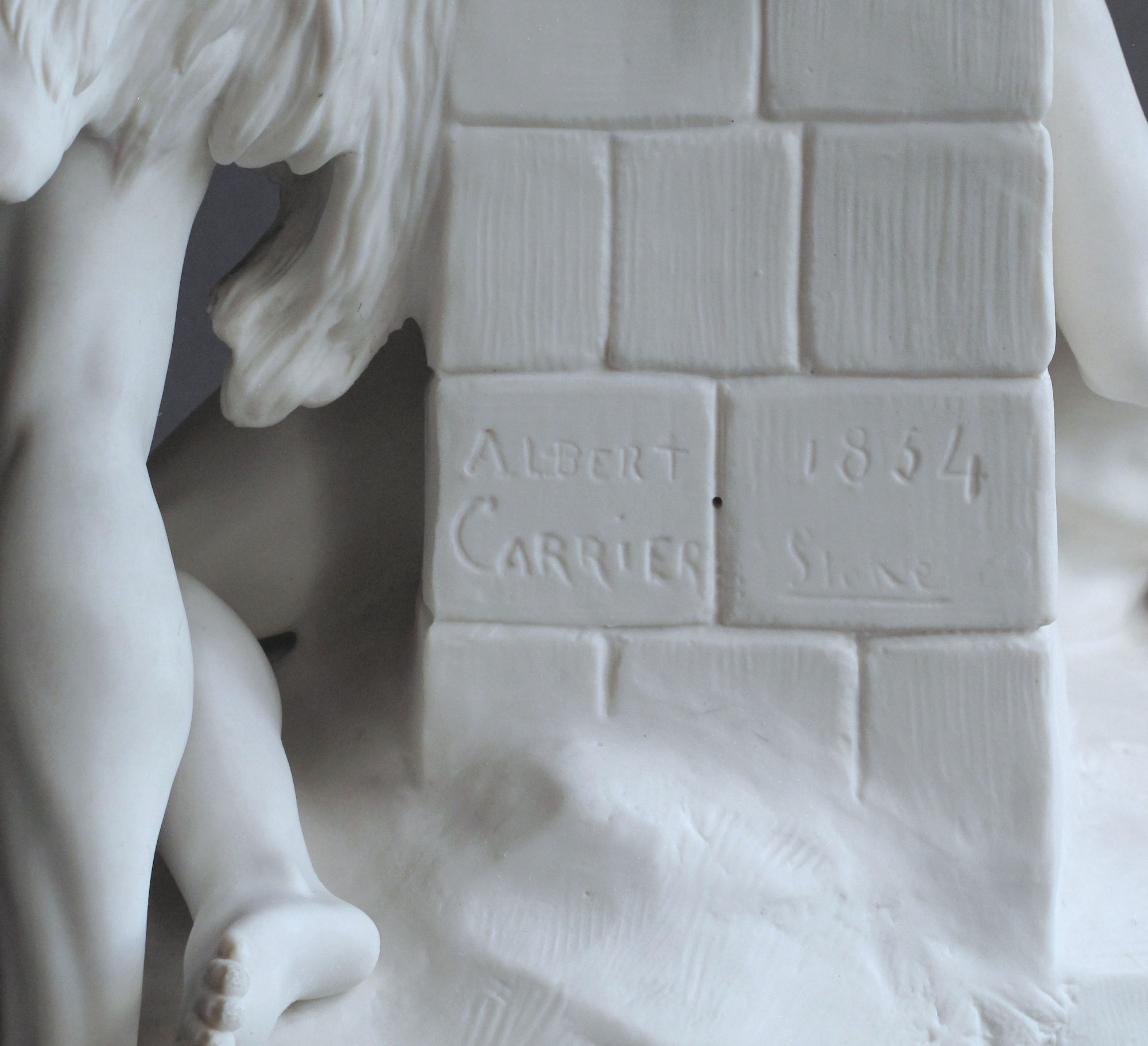 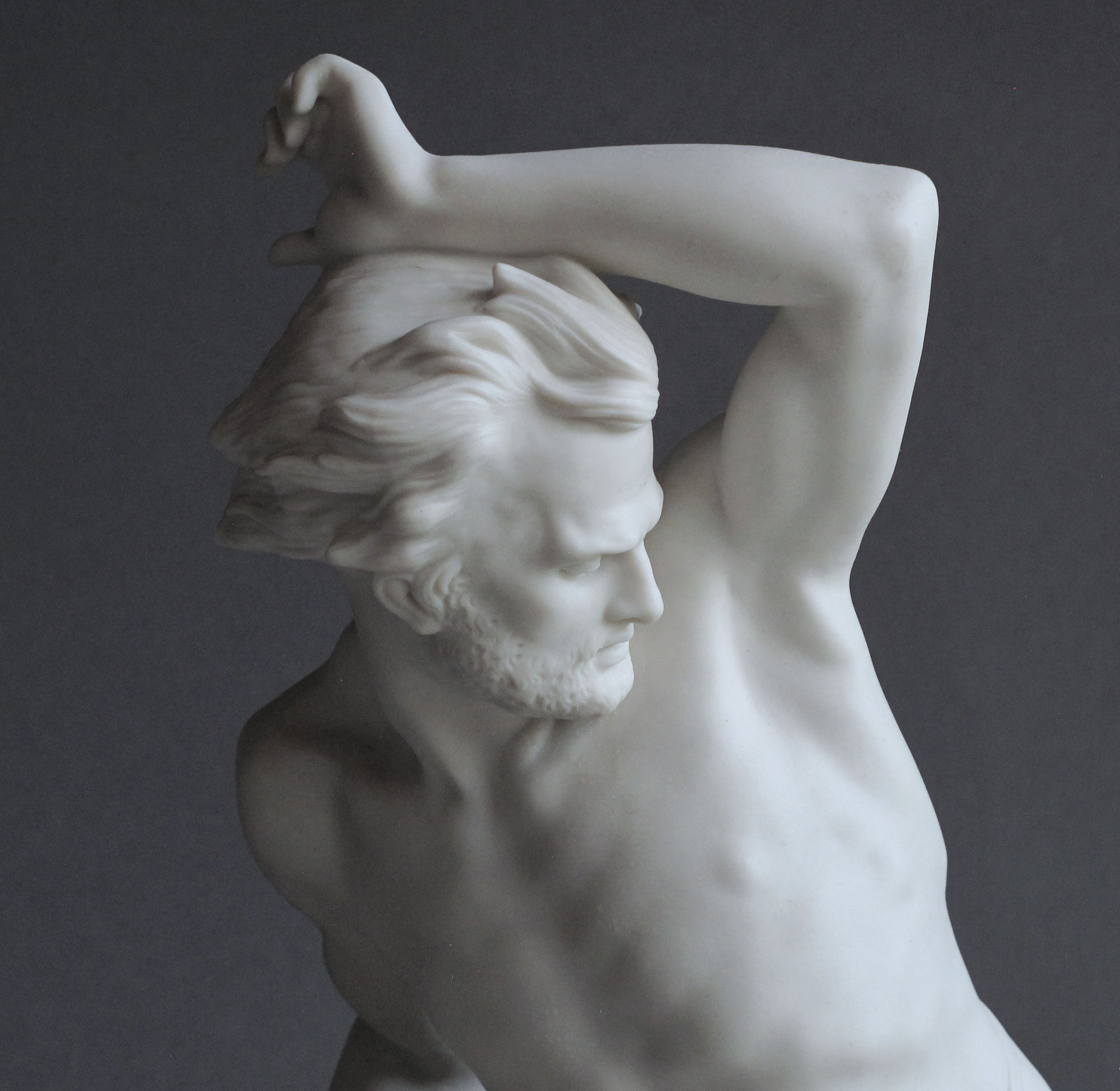 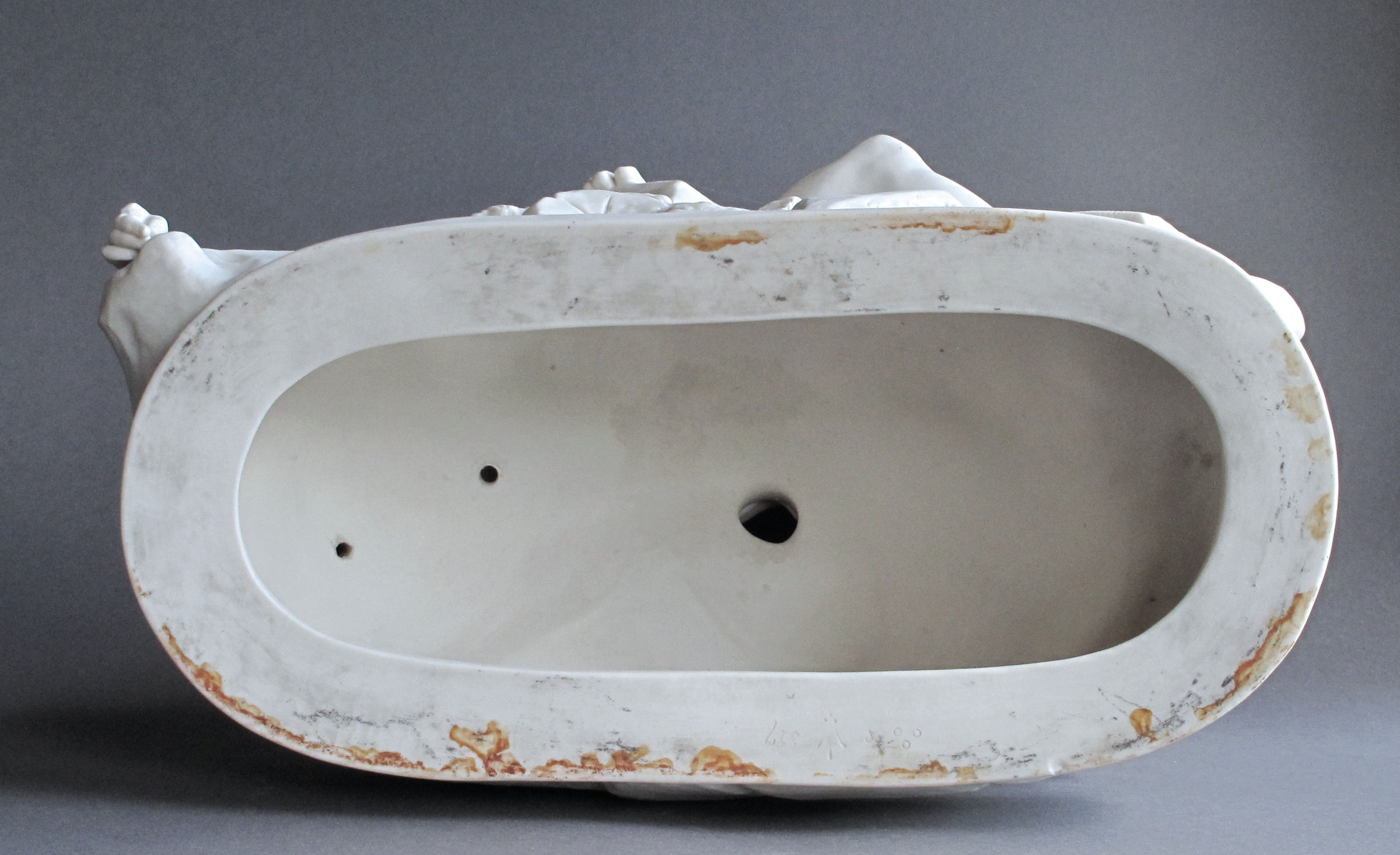 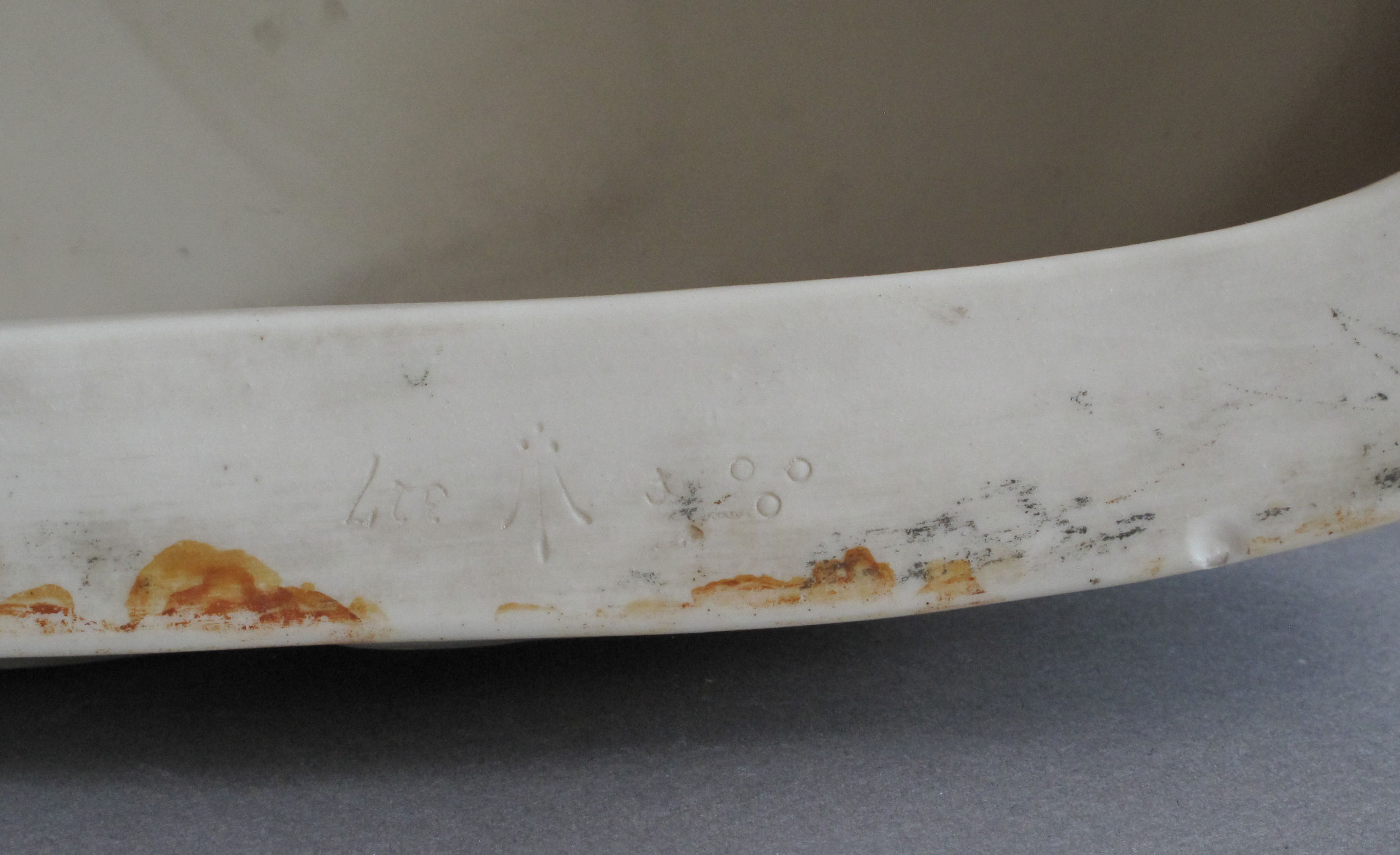