A Parian bust of Princess Alexandra by Copeland

An elegant Parian bust of Princess Alexandra by Copeland for the Art Union of London, from the sculpture by Mary Thornycroft.  The charming portrayal shows her wavy, plaited hair formed into a bun at the back of her head.  In the top of her bodice there is an ornament with a scarab, acorn and oak leaves.  This bust is illustrated in The Parian Phenomenon page 181 fig 590 and in Robert Copeland’s book “Parian - Copeland’s Statuary Porcelain” pages 237/238 fig R10. Separate socle with bolt.  Impressed Marks: On body: W T Copeland (as signature), Copeland; on socle:  Art Union of London Mary Thorneycroft sc 1863.  Height 39cm  (15½“).

Princess Alexandra of Denmark married Albert Edward, Prince of Wales in 1863 when she was eighteen years old and this bust was made following that event.  She became Queen consort of the United Kingdom and the British Dominions and Empress consort of India in 1901 when Albert Edward ascended the English throne as King Edward VII following the death of Queen Victoria.

Condition:  A few small chips round the top of the socle, a short firing line where the chin meets the neck, tiny kiln marks on front of neck, otherwise excellent. 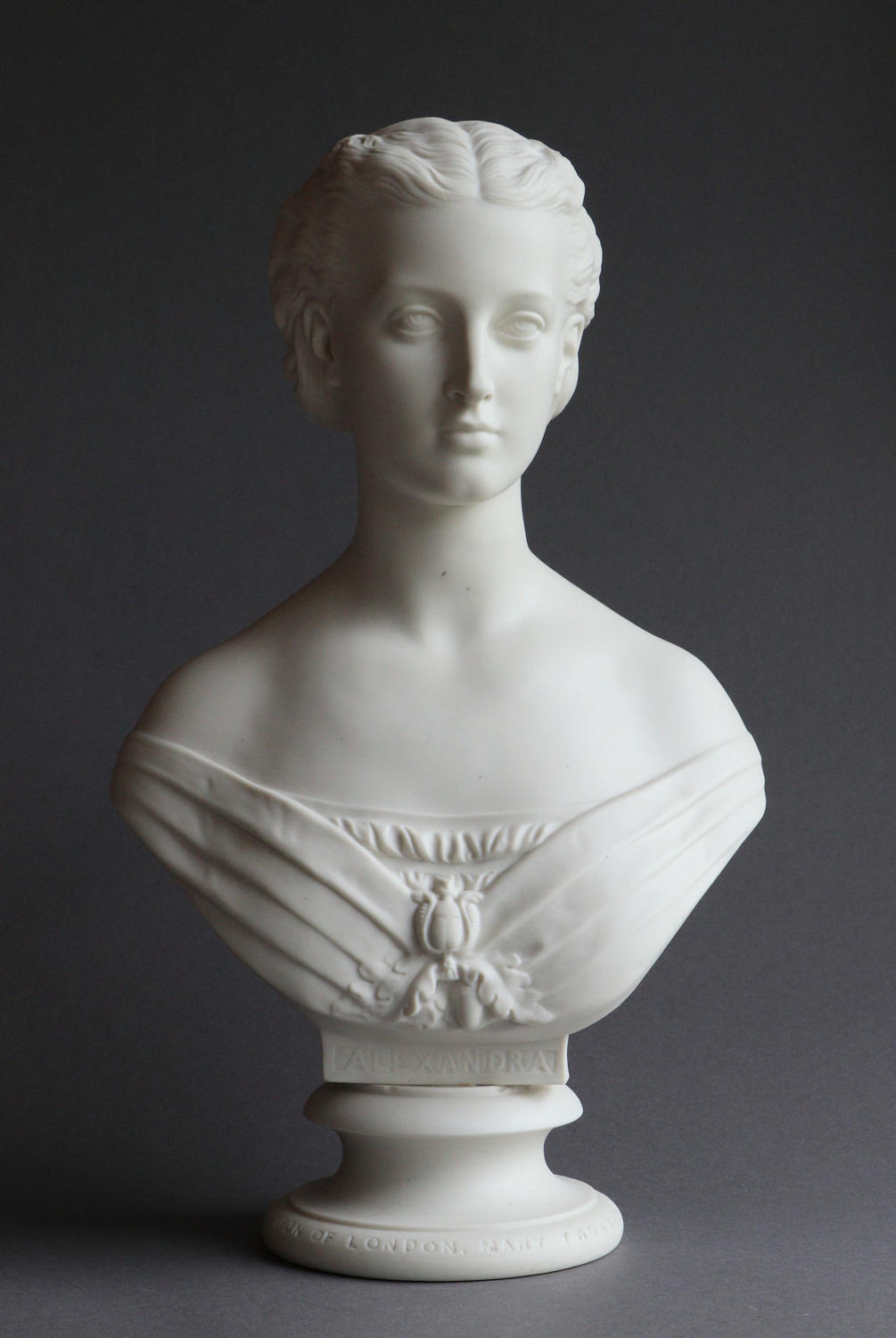 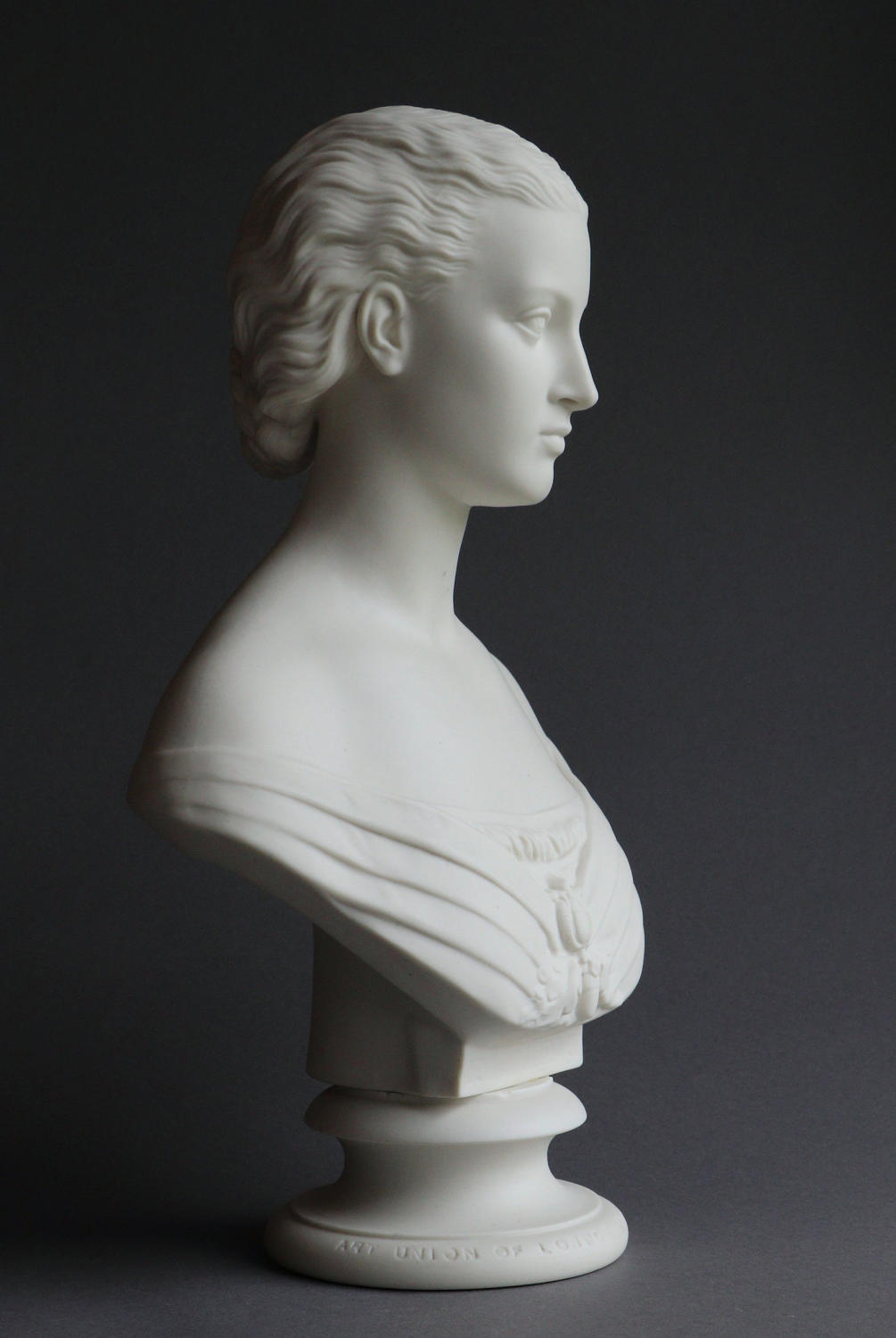 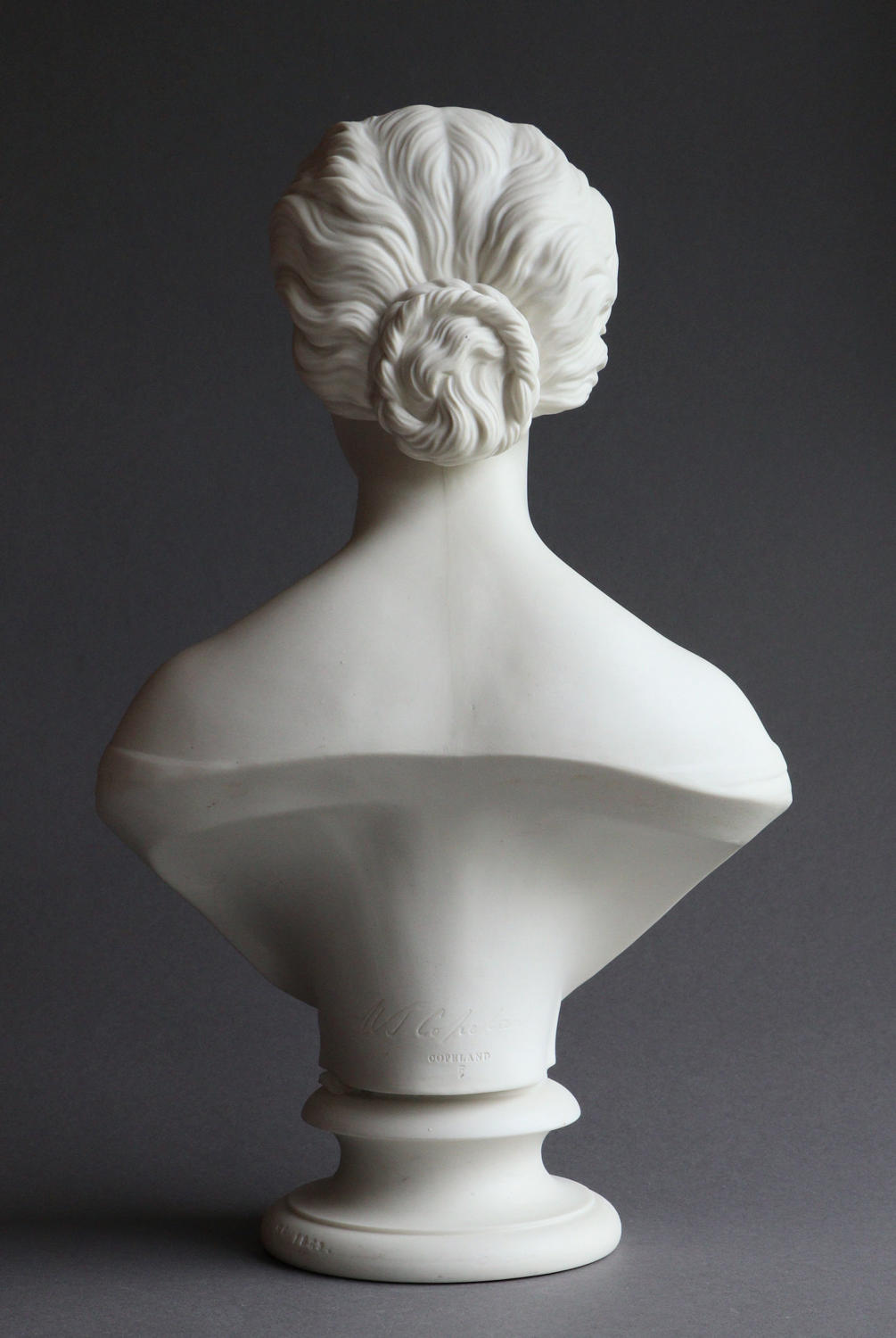 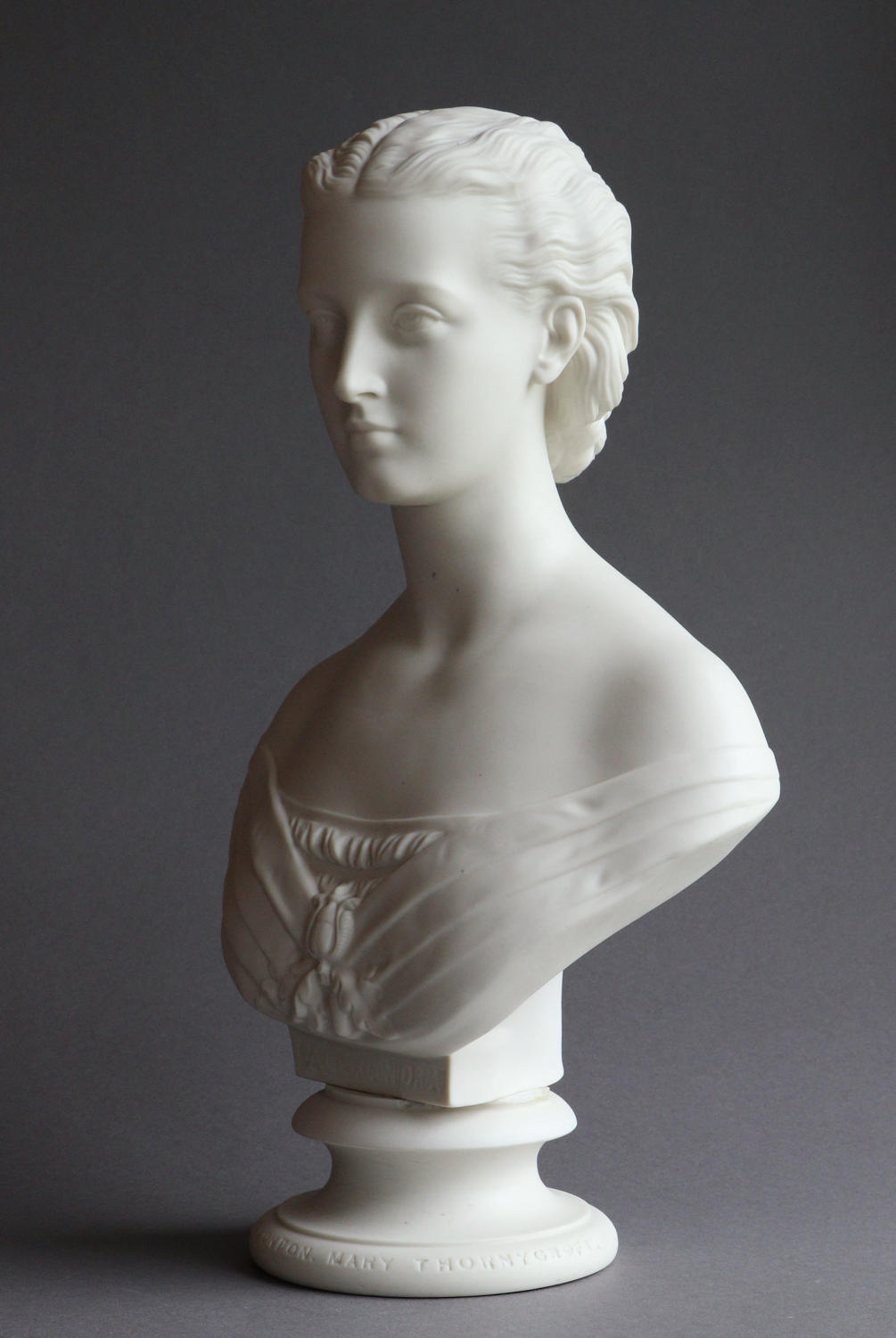 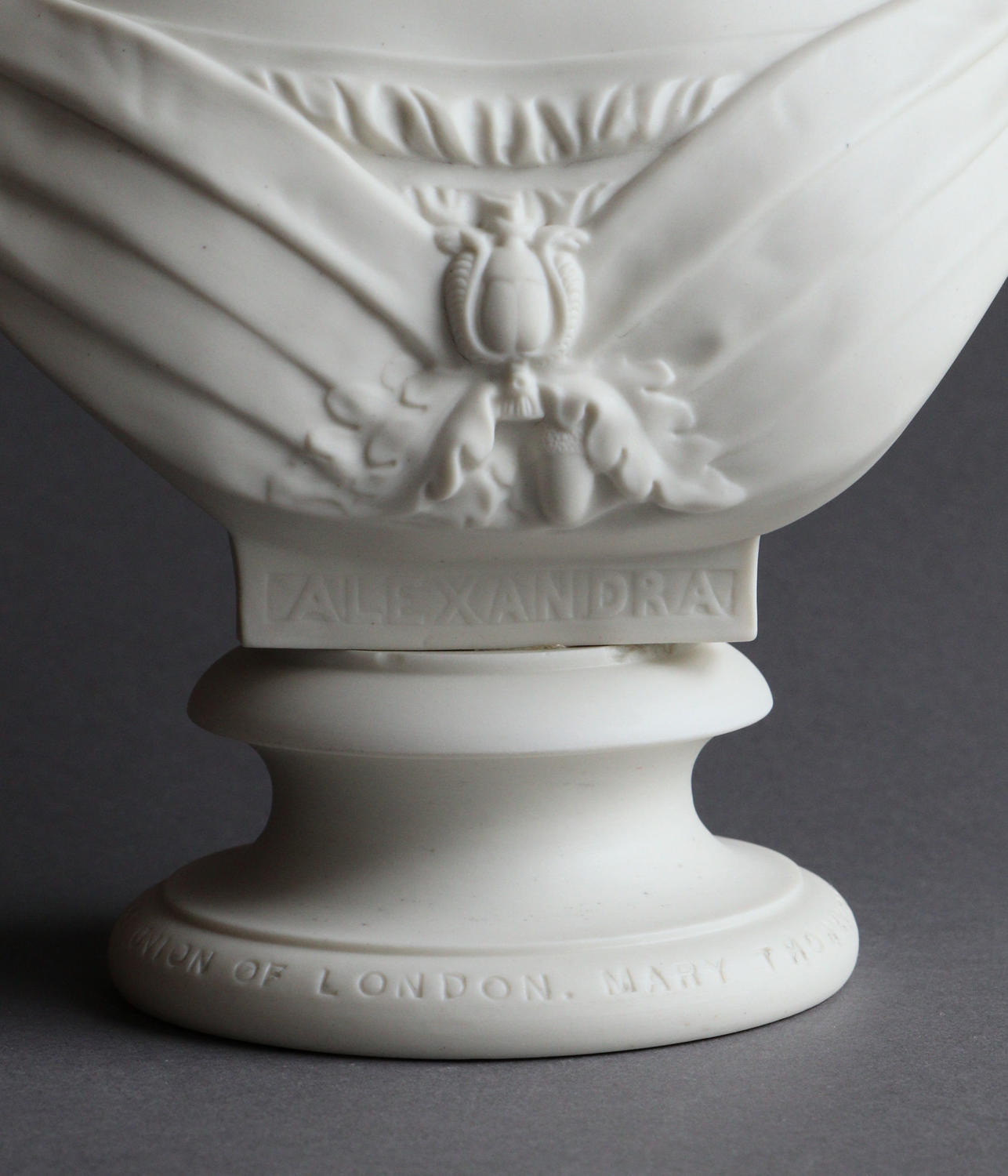 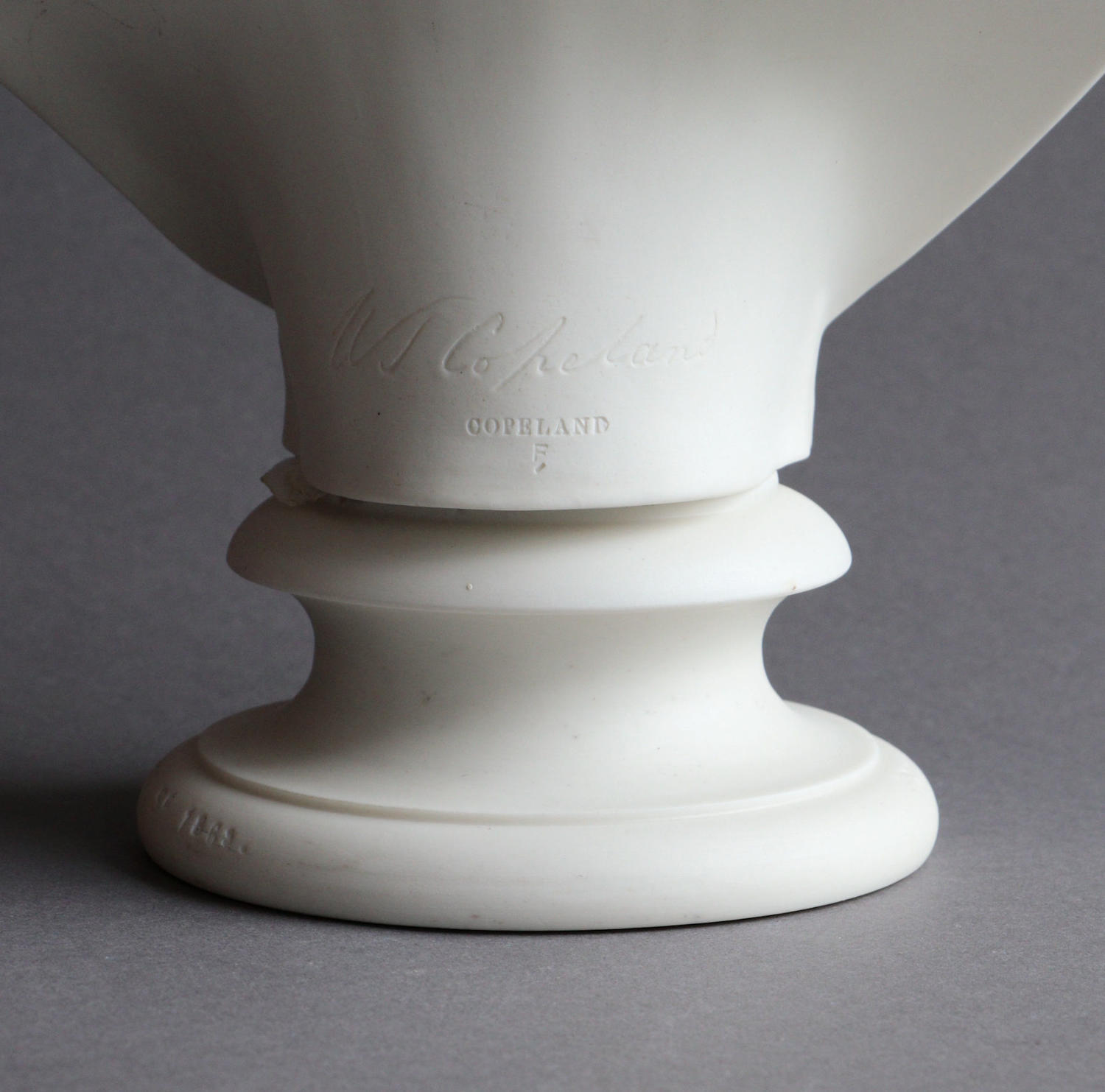 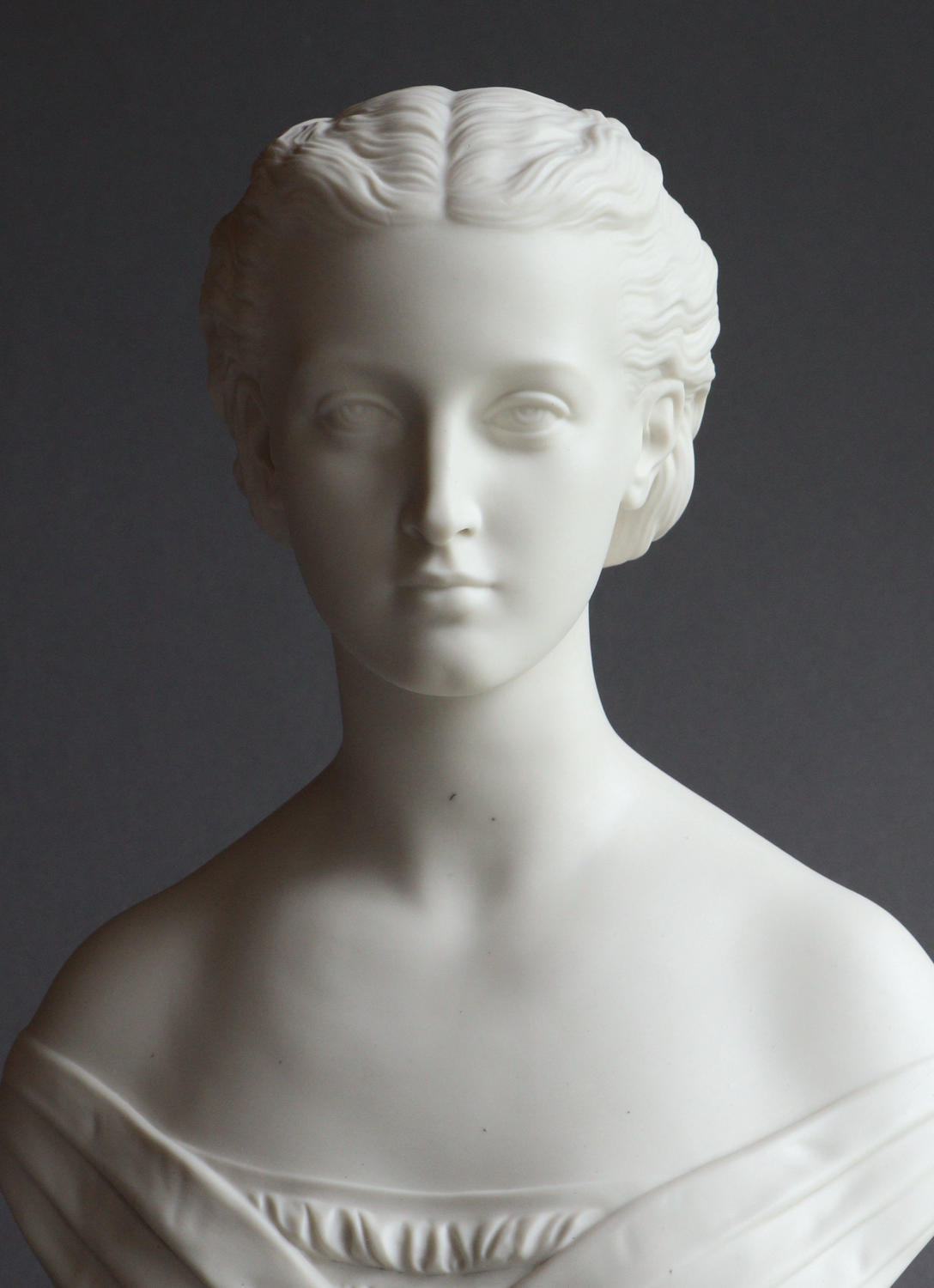