A Copeland Parian bust of Princess Alexandra from Miller for the Crystal Palace Art Union and dated 1863. This was made as a  companion to the 1863 bust of Albert Edward, Prince of Wales to celebrate their engagement in 1862. This bust shows the Princess wearing earrings – it was reissued after her marriage in a version without earrings. The hair and the pearls entwined within are particularly well modelled. Height 30½ cm (12”)

Princess Alexandra of Denmark married Albert Edward in 1863 when she was eighteen years old. She became Queen Consort of the United Kingdom and the British Dominions and Empress Consort of India in 1901 when Albert Edward ascended the English throne as King Edward VII following the death of Queen Victoria.

The bust is illustrated in the “Parian Phenomenon” page 182 figure 587 (which shows the versions with and without earrings) and in Robert Copeland’s book “Parian - Copeland’s Statuary Porcelain” page 237, fig R9. 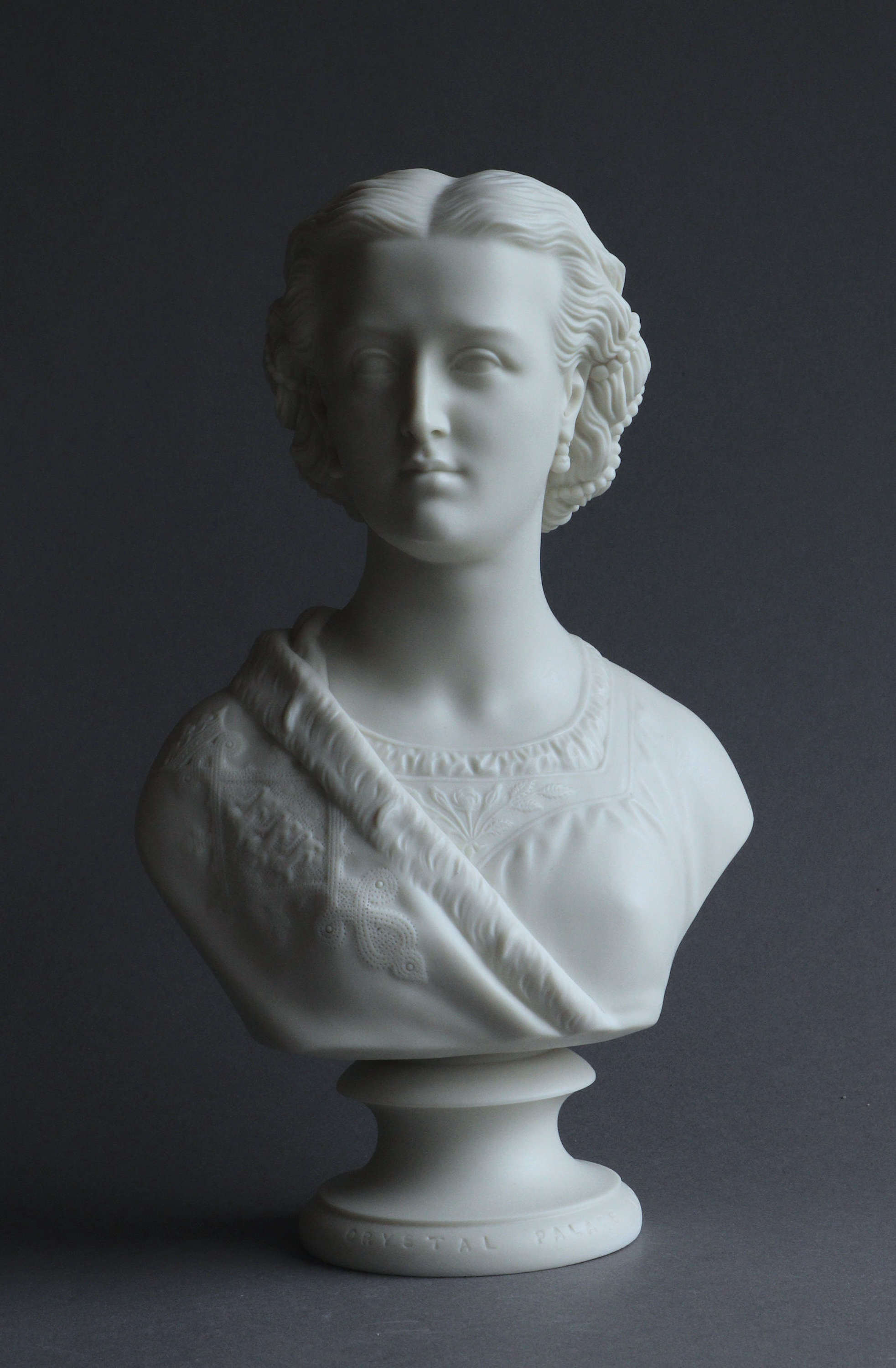 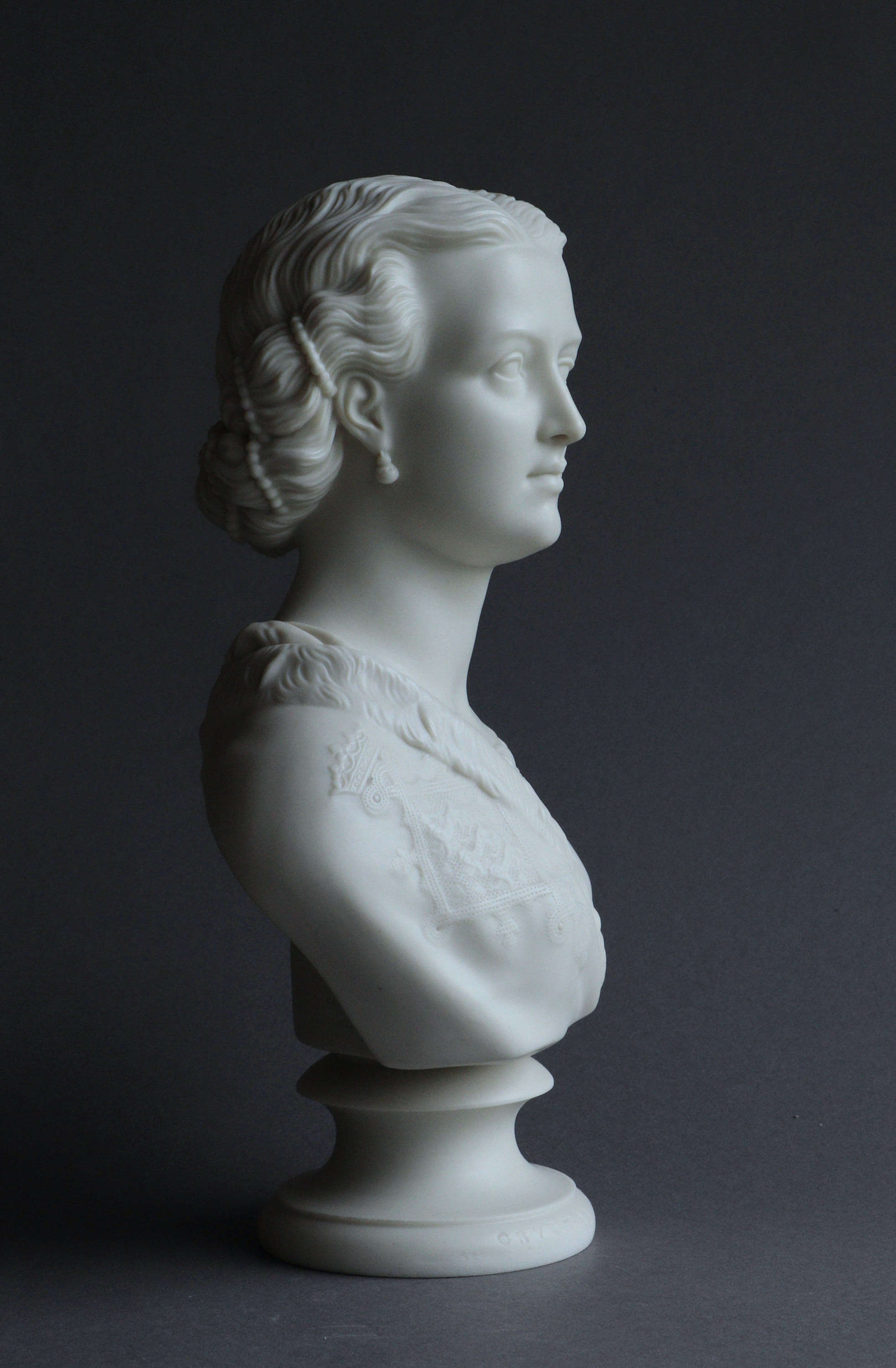 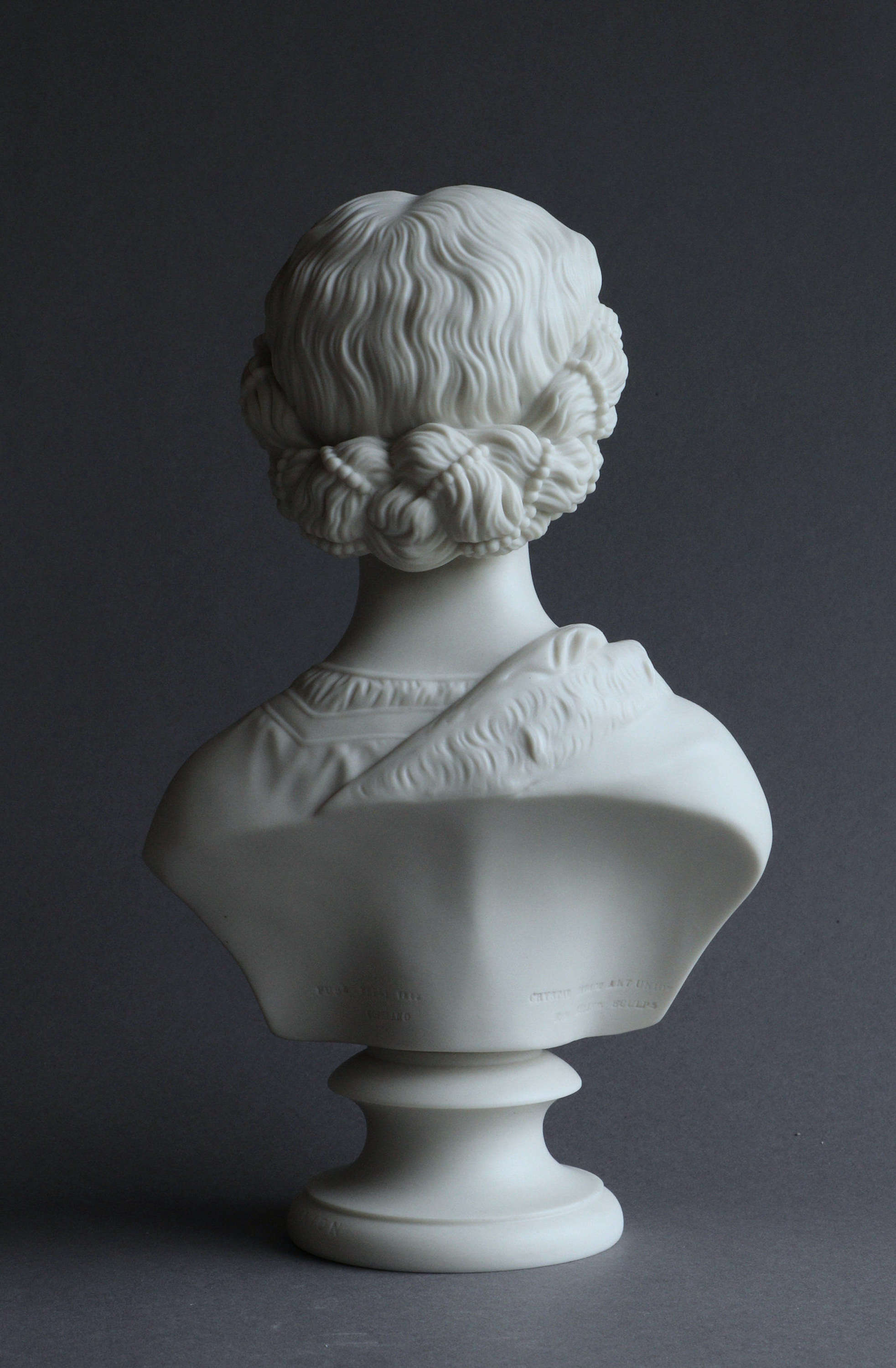 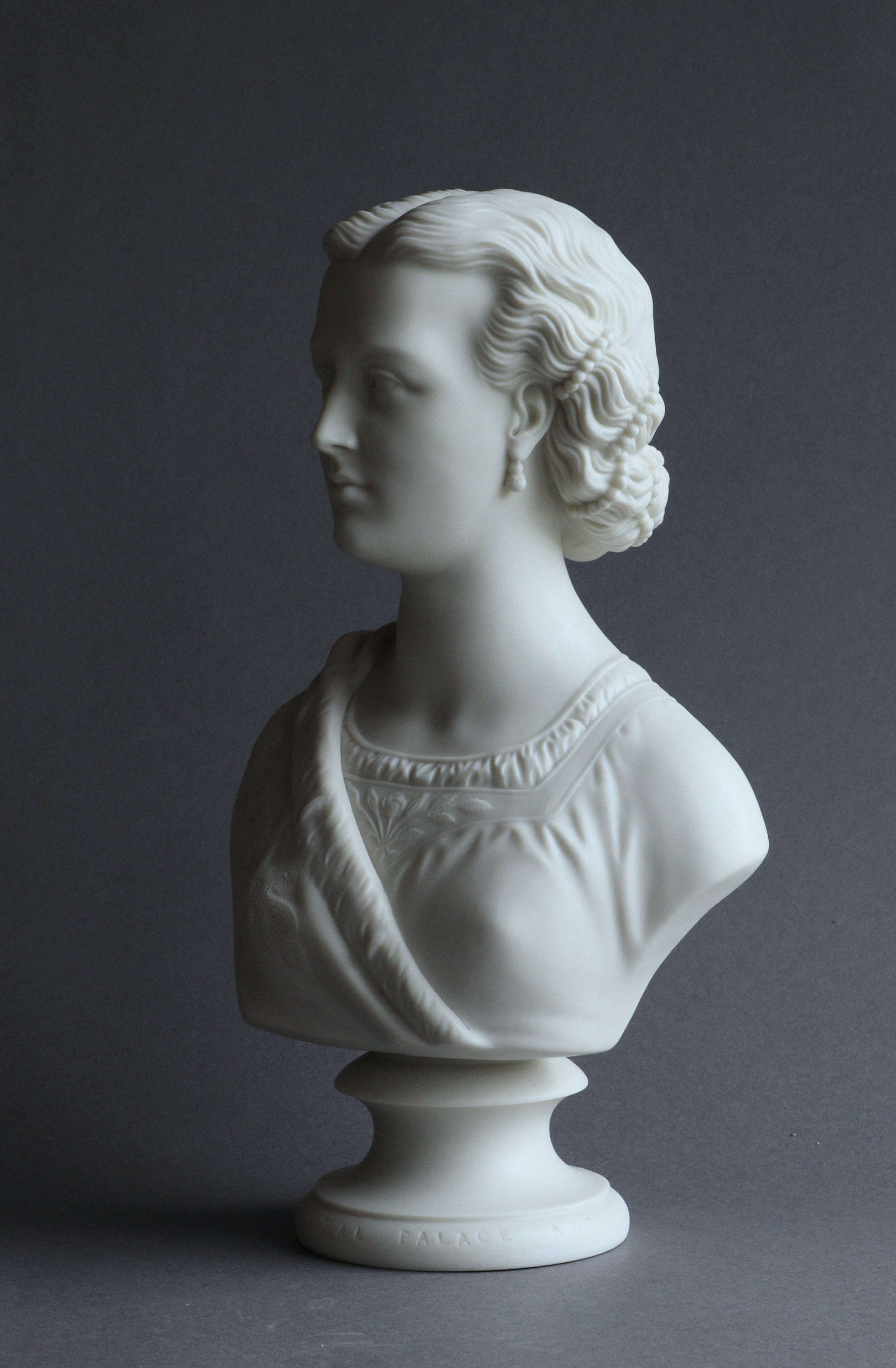 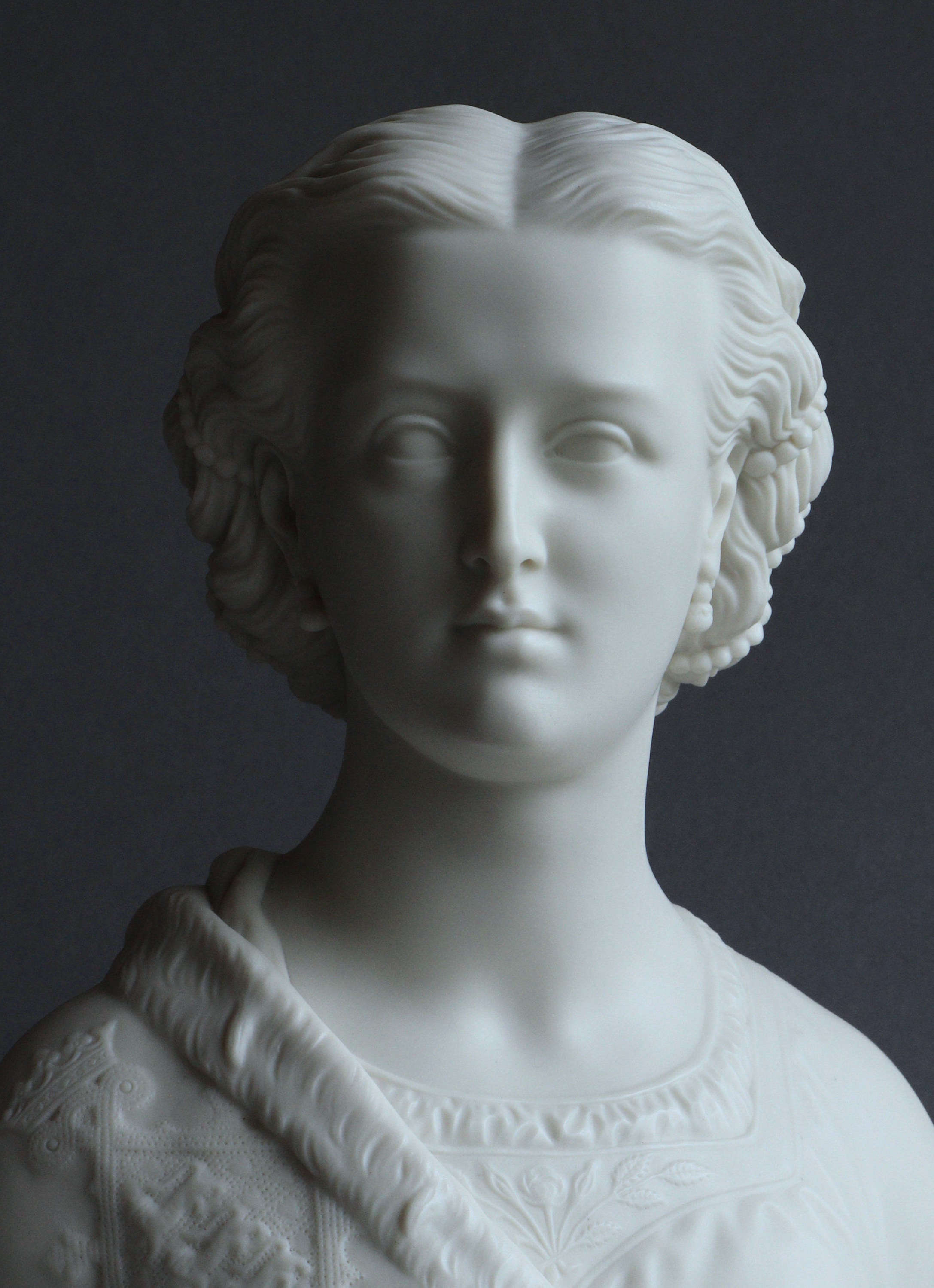 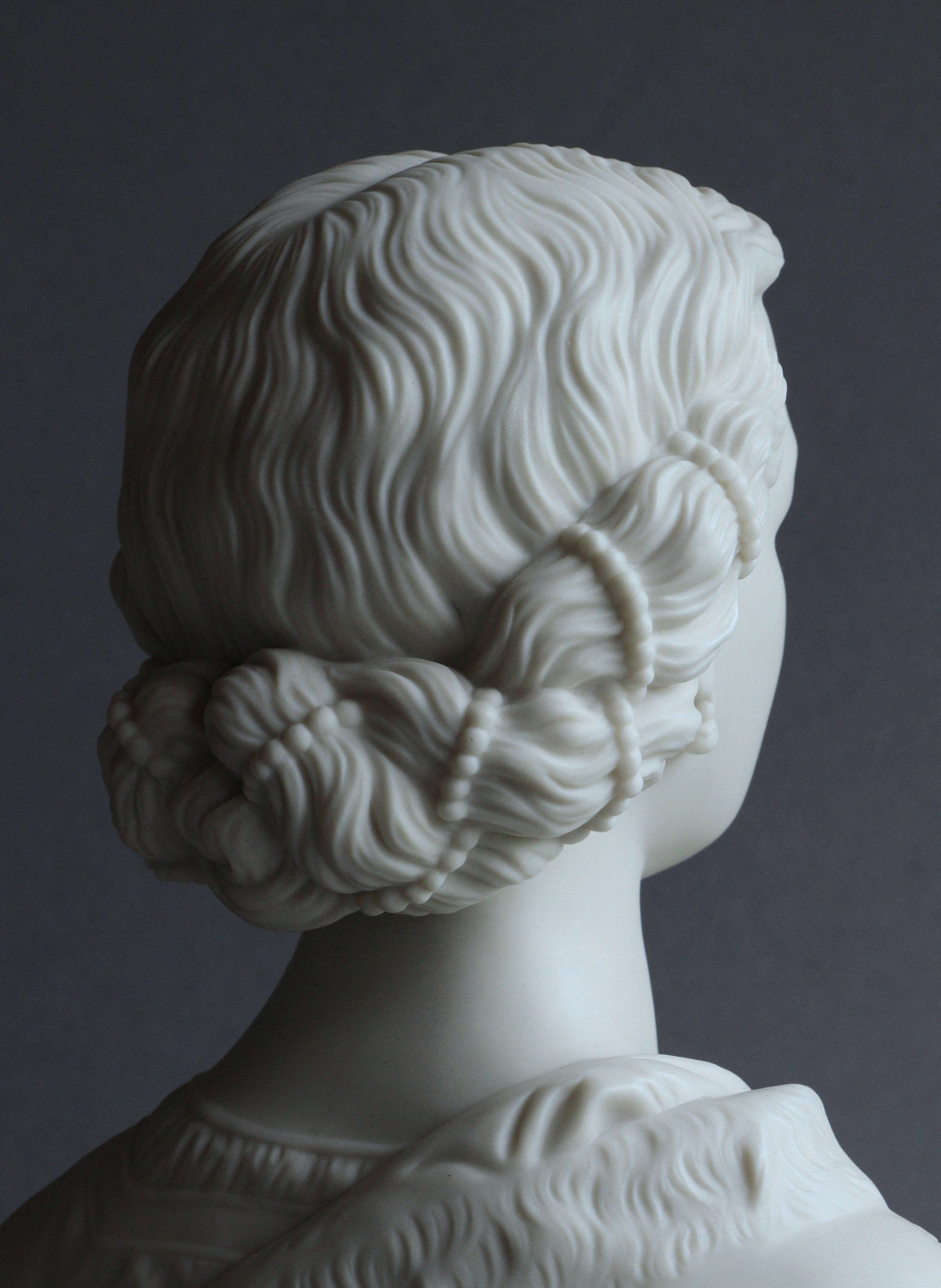 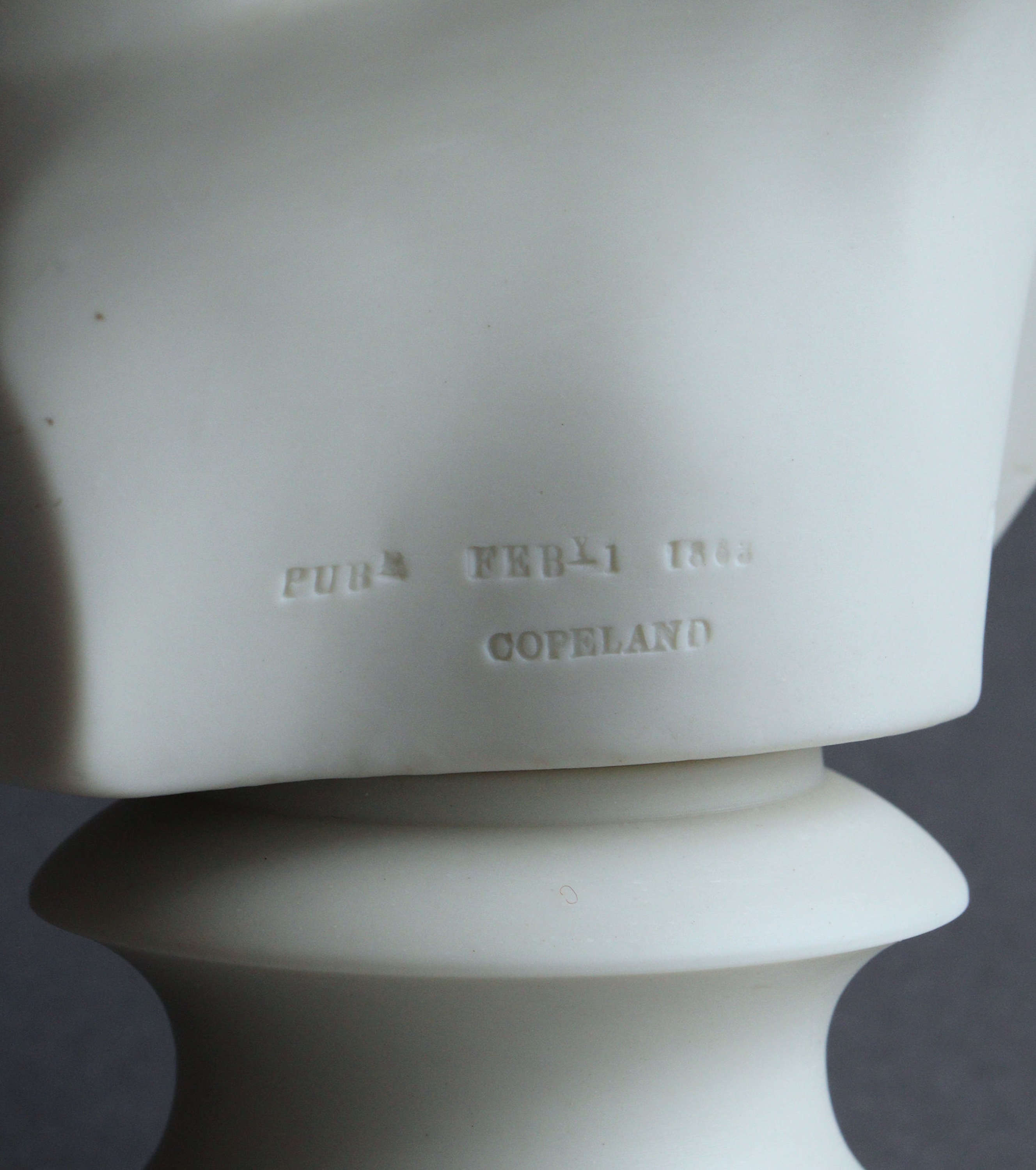 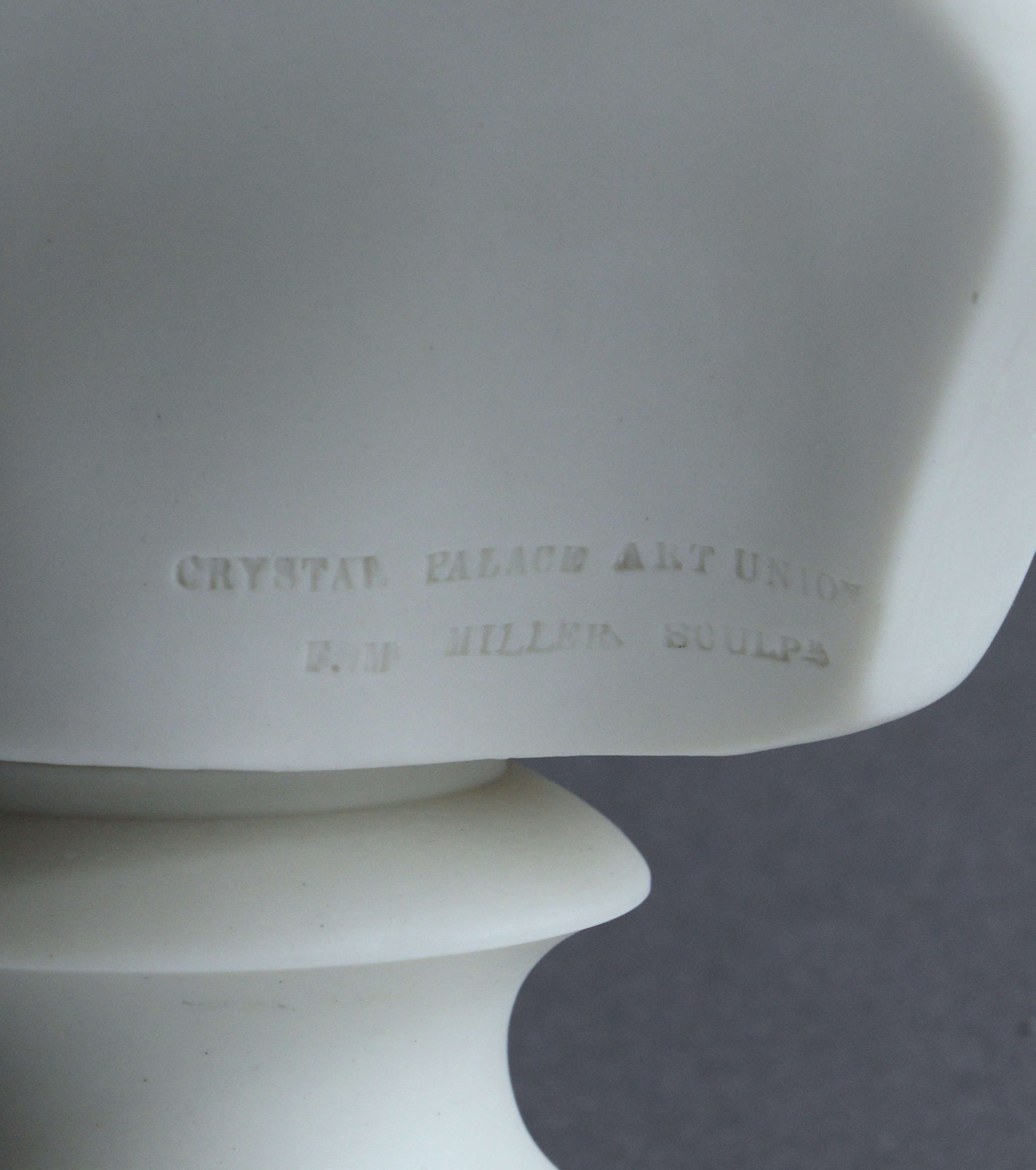