A rare, very early Copeland Parian portrait plaque of the Wesleyan and important Methodist leader Jabez Bunting (1779 –1858). The portrait is in relief and presented in a modern wooden circular frame.

Shakspere or Shakespeare Wood was the older brother of another, perhaps now more famous, sculptor, Marshall Wood. He would have been 19 or 20 years old in 1847.

Jabez Bunting, from Manchester, England, trained originally as a medical doctor before turning to preaching and ministering.  He succeeded John Wesley as the most prominent English Methodist, serving several terms as President of the Methodist Conference. He was responsible for separating Methodism from the established Church of England. “Jabez Bunting” were popular forenames for sons in Methodist families, one of these being Jabez Bunting Dimbleby, a forefather of the prominent English media and broadcasting family.

This finely detailed and characterful plaque is illustrated as “an unknown gentleman”  in The Parian Phenomenon page 175 fig 571. However we have recently found a reference to the plaque in the Art Union Monthly Journal for 1847 (page 415 (December)) which states:

“A Profile Bust, in relief, of the Rev. Jabez Bunting, one of the great luminaries of the Wesleyans, has recently been modelled by Mr. Shakspere Wood, of Edinburgh – a young sculptor whose first essay we believe it is; and which may, therefore, be regarded as a work of good promise. We notice it chiefly, however, as the first of a series of portraits of eminent public characters of the nineteenth century: and of which this introduction augers well. It is executed  with much spirit and fidelity, and is altogether a highly-meritorious work of Art.”

We are not aware of any other English Parian profile plaques being subsequently produced. The portrait may be compared with photographs of Bunting and a bronze relief plaque by William Behnes (1852), all in the National Portrait Gallery (England) :-https://www.npg.org.uk/collections/search/person/mp00635/jabez-bunting

Condition  There is a firing fault at the rear, otherwise this plaque is in excellent condition. 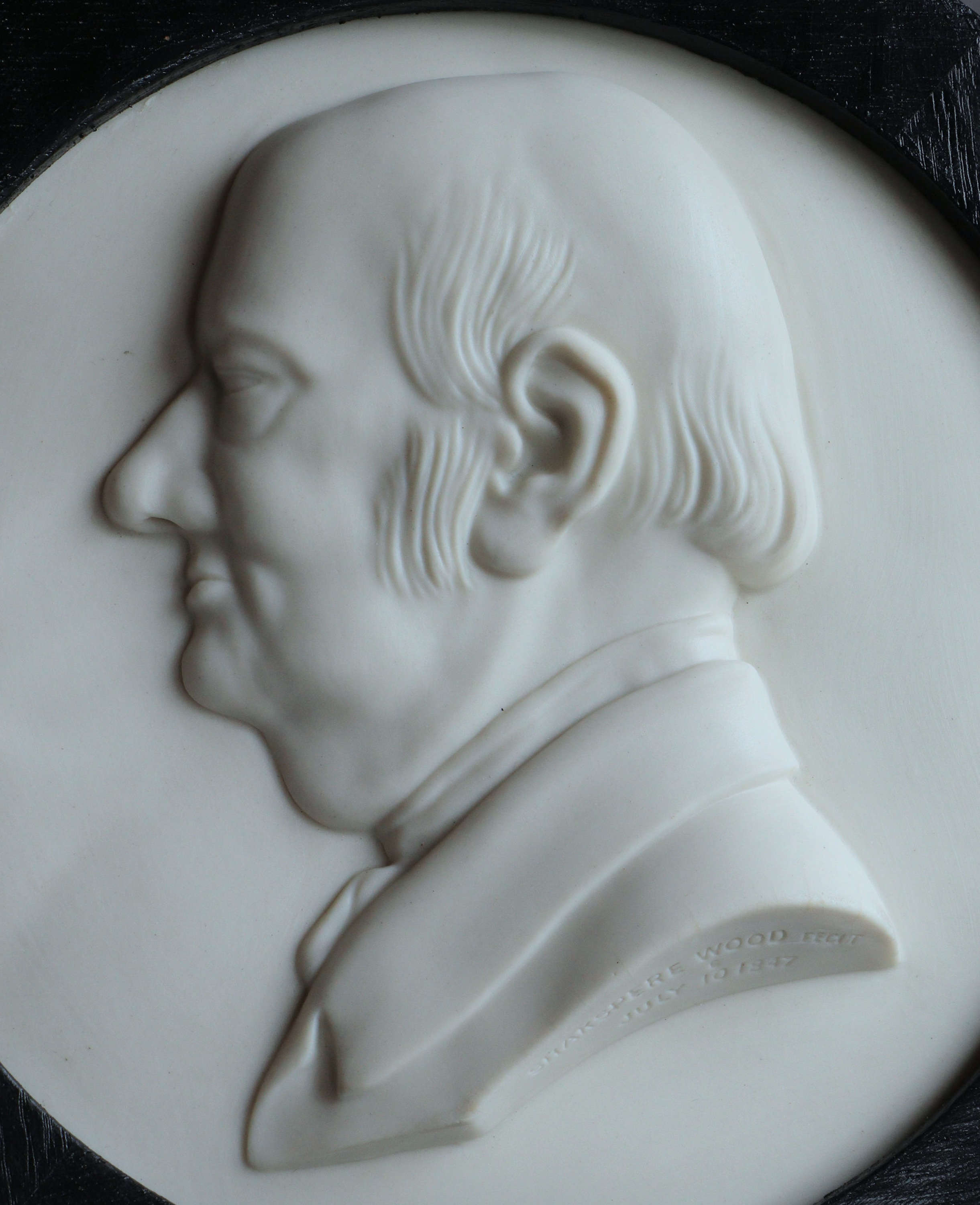 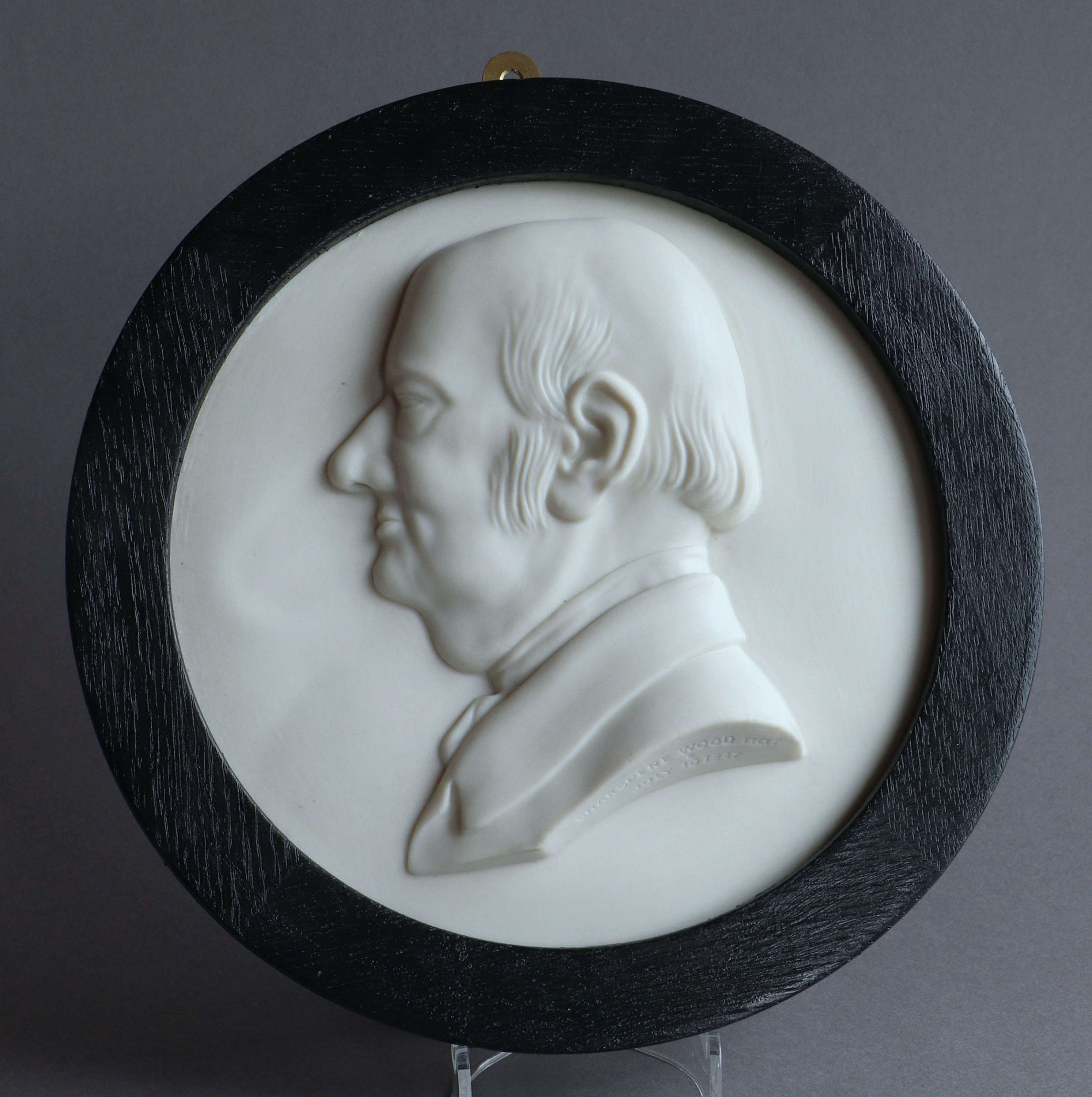 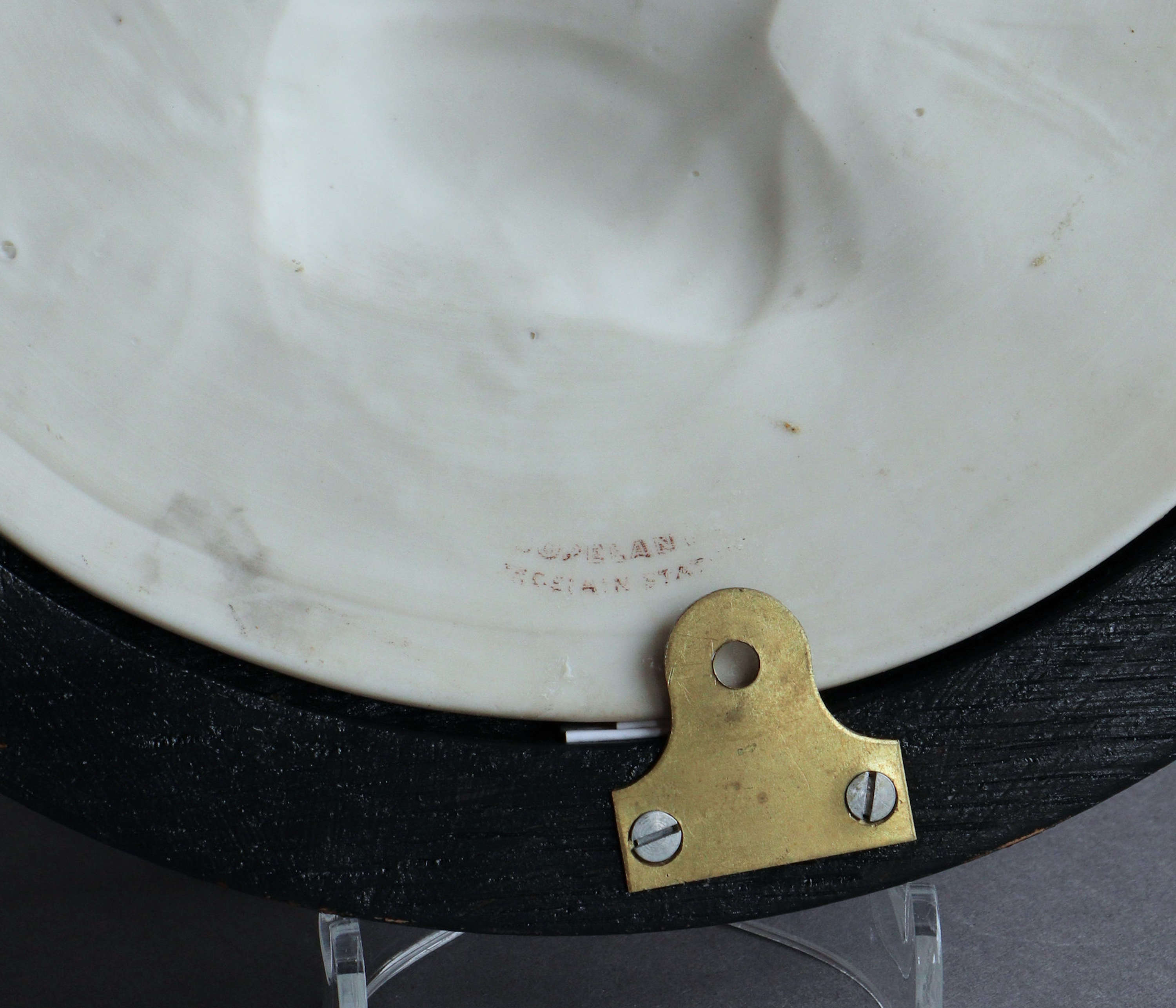 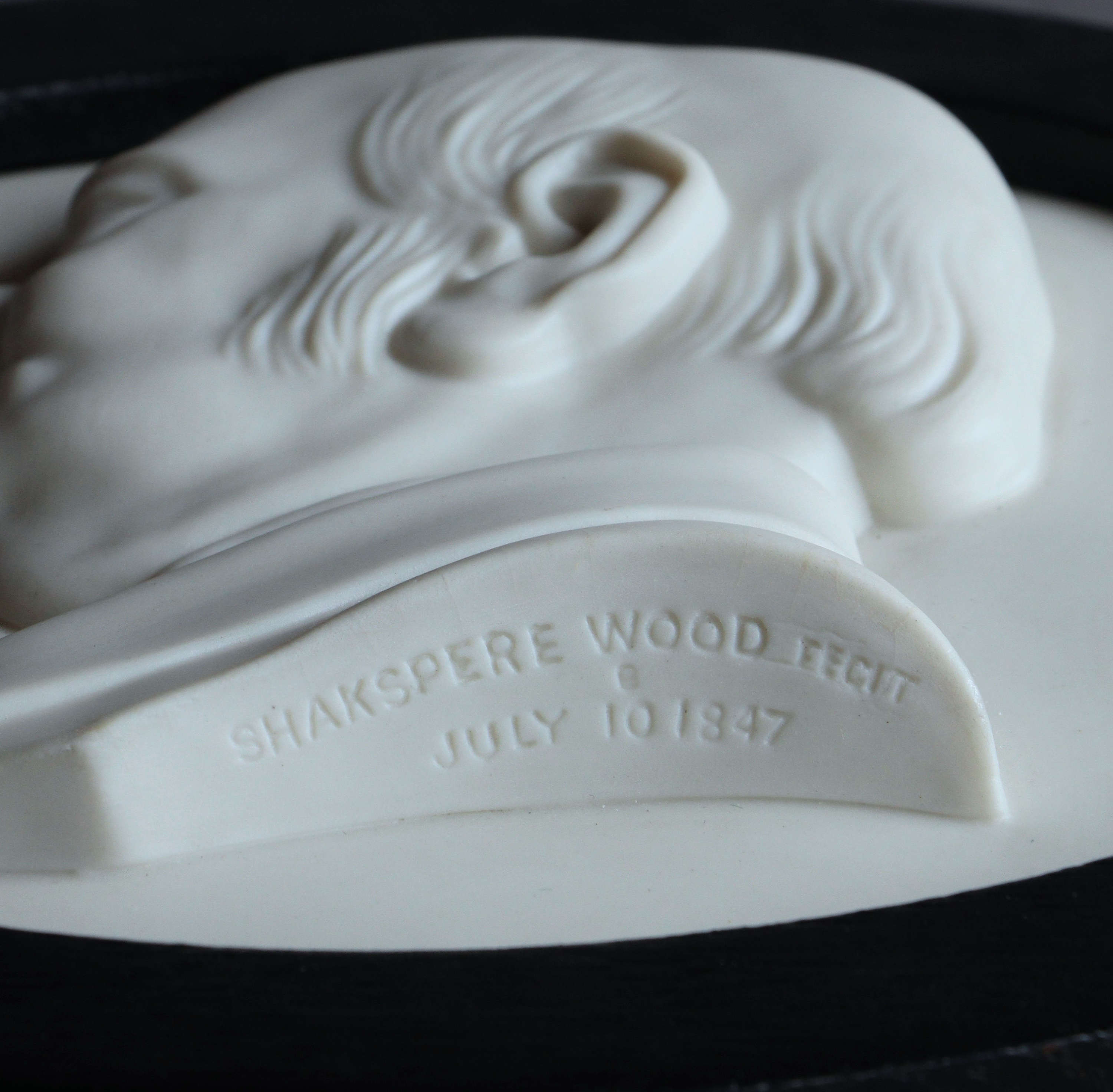