A fine, good-sized bust of the Scottish Romantic poet Robert Burns (1759 – 1796), probably by Minton, attached to the socle with a brass nut and bolt.

Burns was the eldest child of an unsuccessful  tenant farmer and had a haphazard education while working on the family farm. Burns also initially became an unsuccessful farmer while building his reputation through his poetry. He wrote original poetry in standard and Scottish English and Gaelic and also adapted folk songs, his work becoming known and loved across the world, not just in his native Scotland. "Auld Lang Syne" is often sung across the UK on New Year’s Eve. Other well-known poems include "A Red, Red Rose" and "Tam o' Shanter", the origin of the name given to the soft man’s bonnet worn with Scottish dress.

This bust is unmarked but is illustrated as Minton in The Parian Phenomenon, p 127, figure 471, shape 354. This shape has not been identified with any other manufacturer. 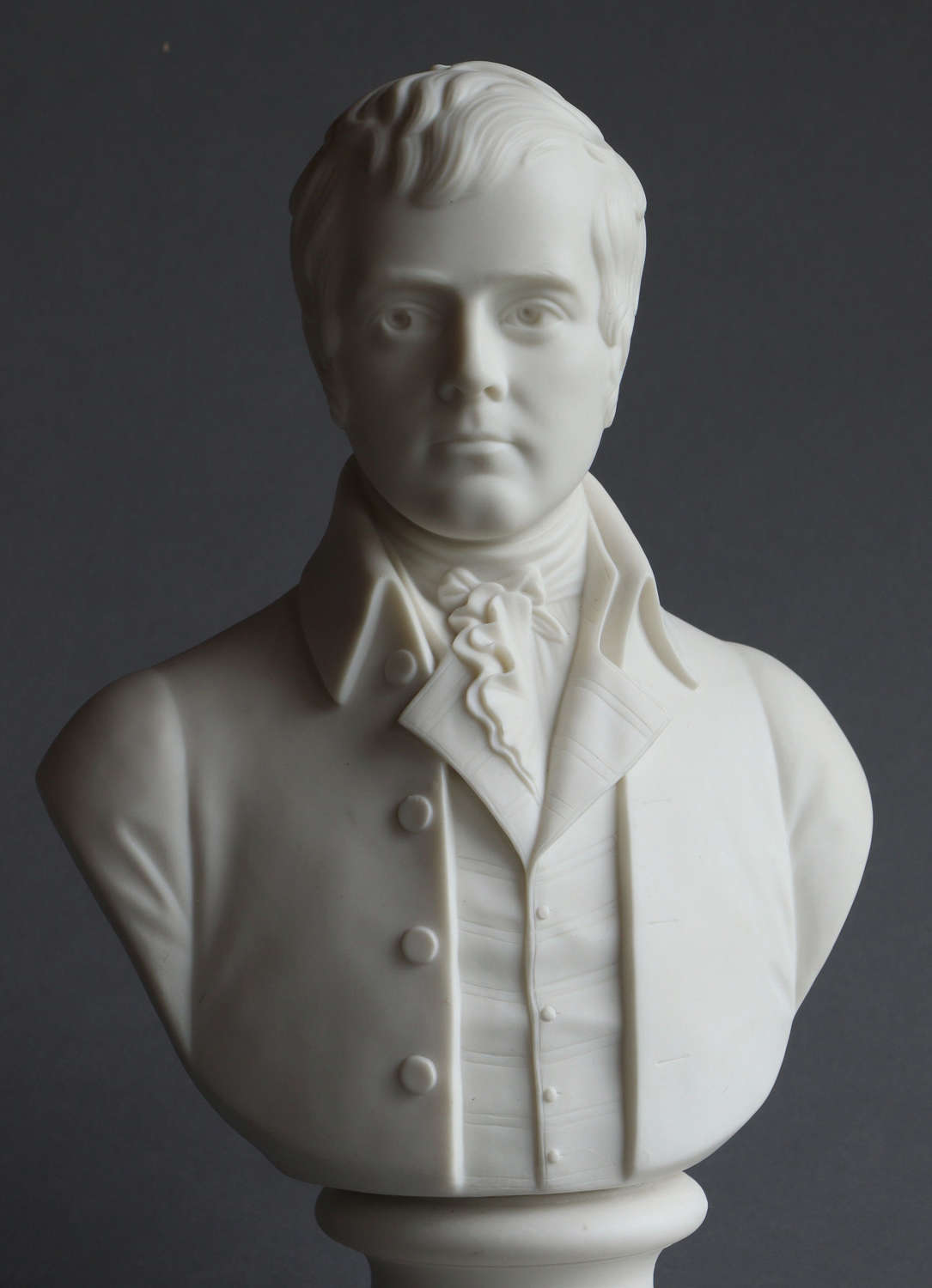 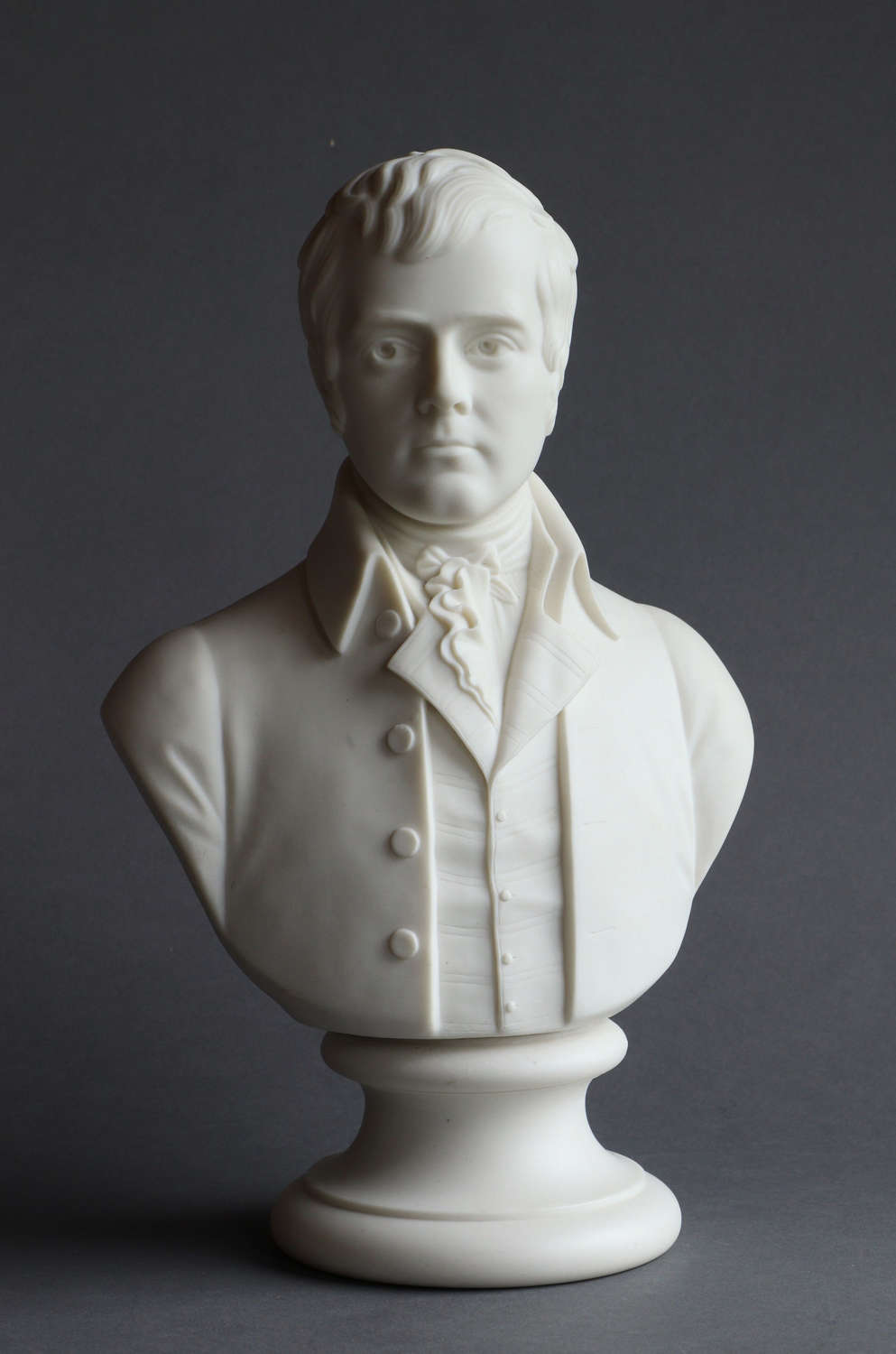 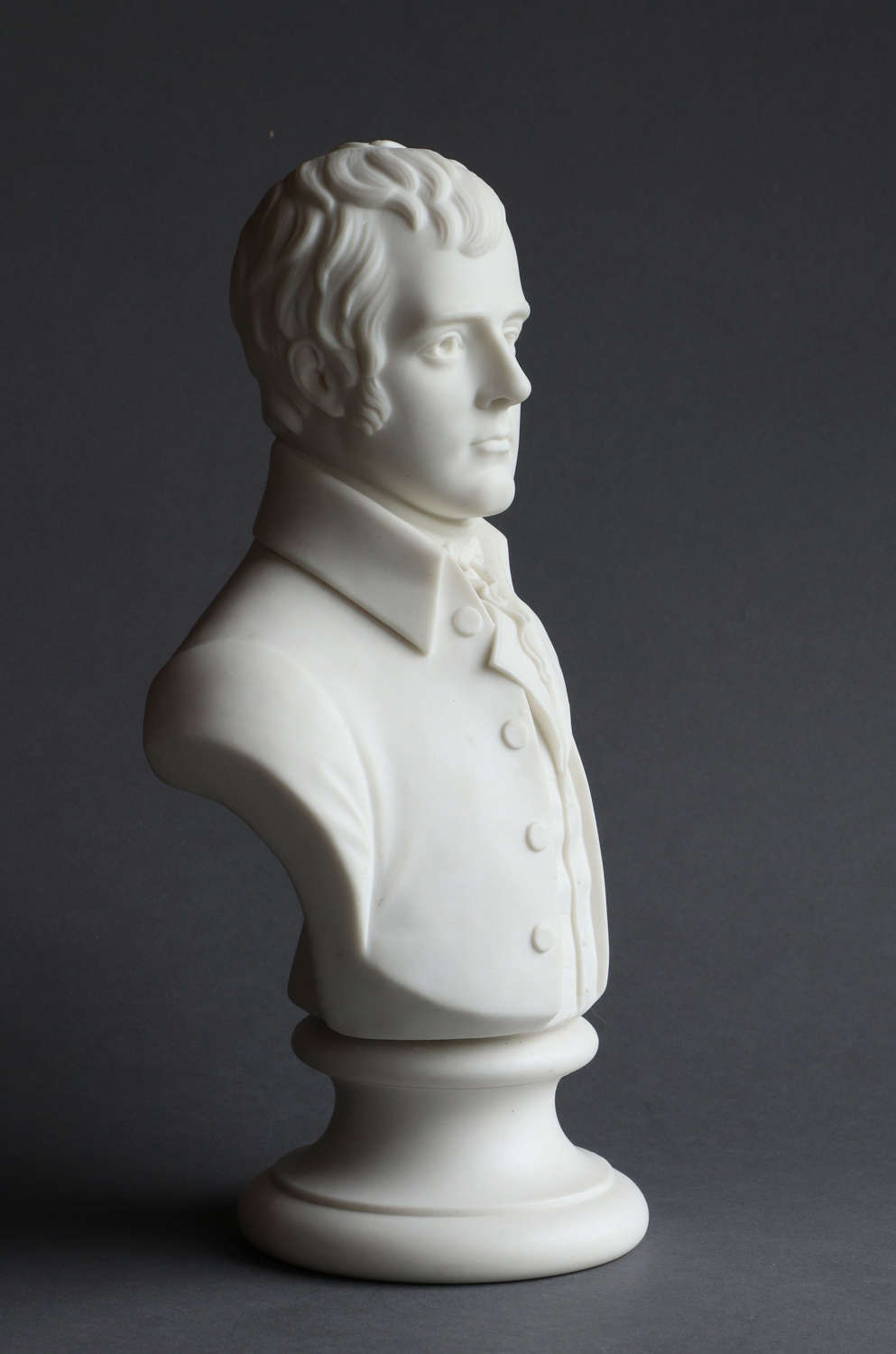 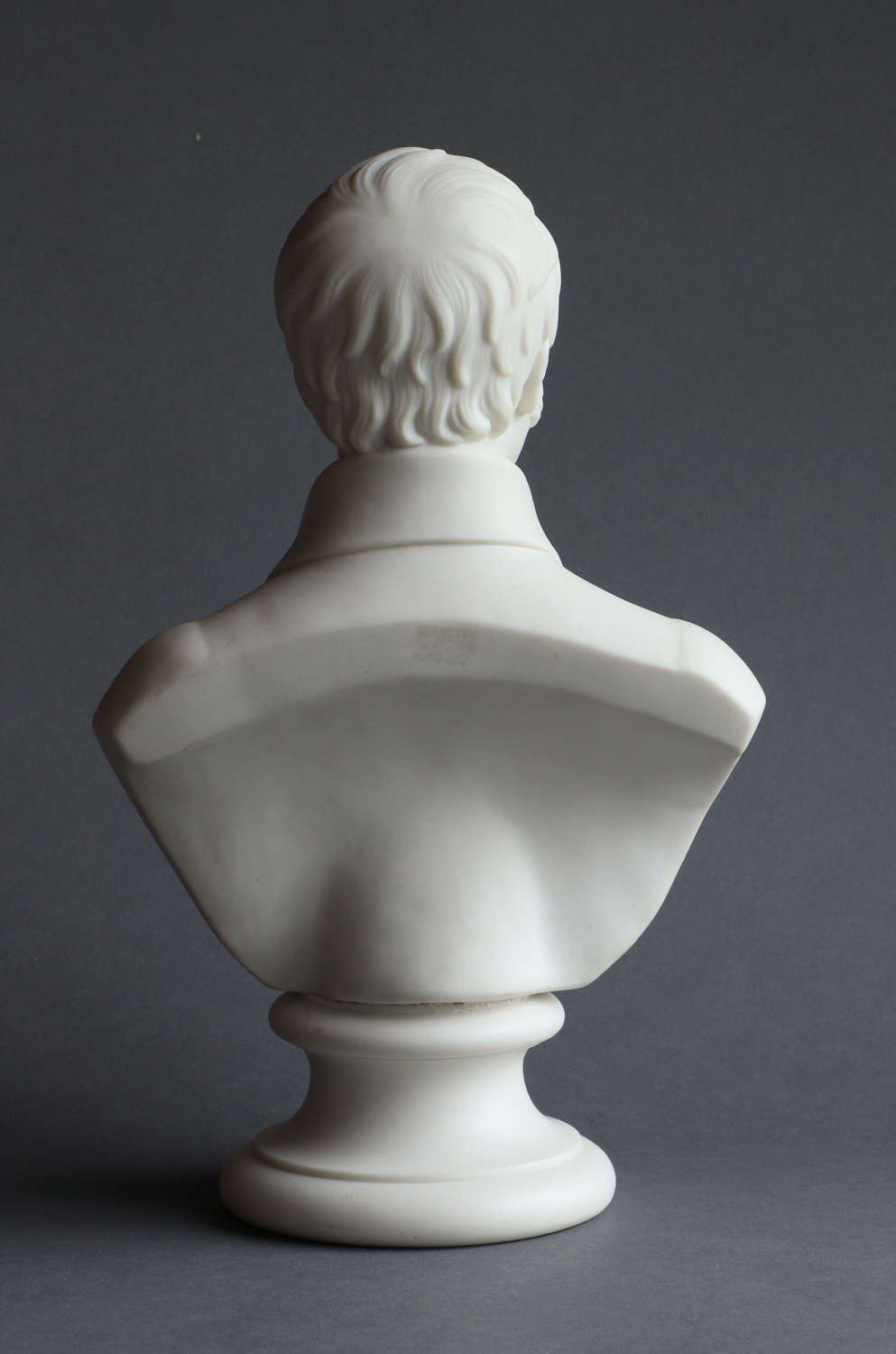 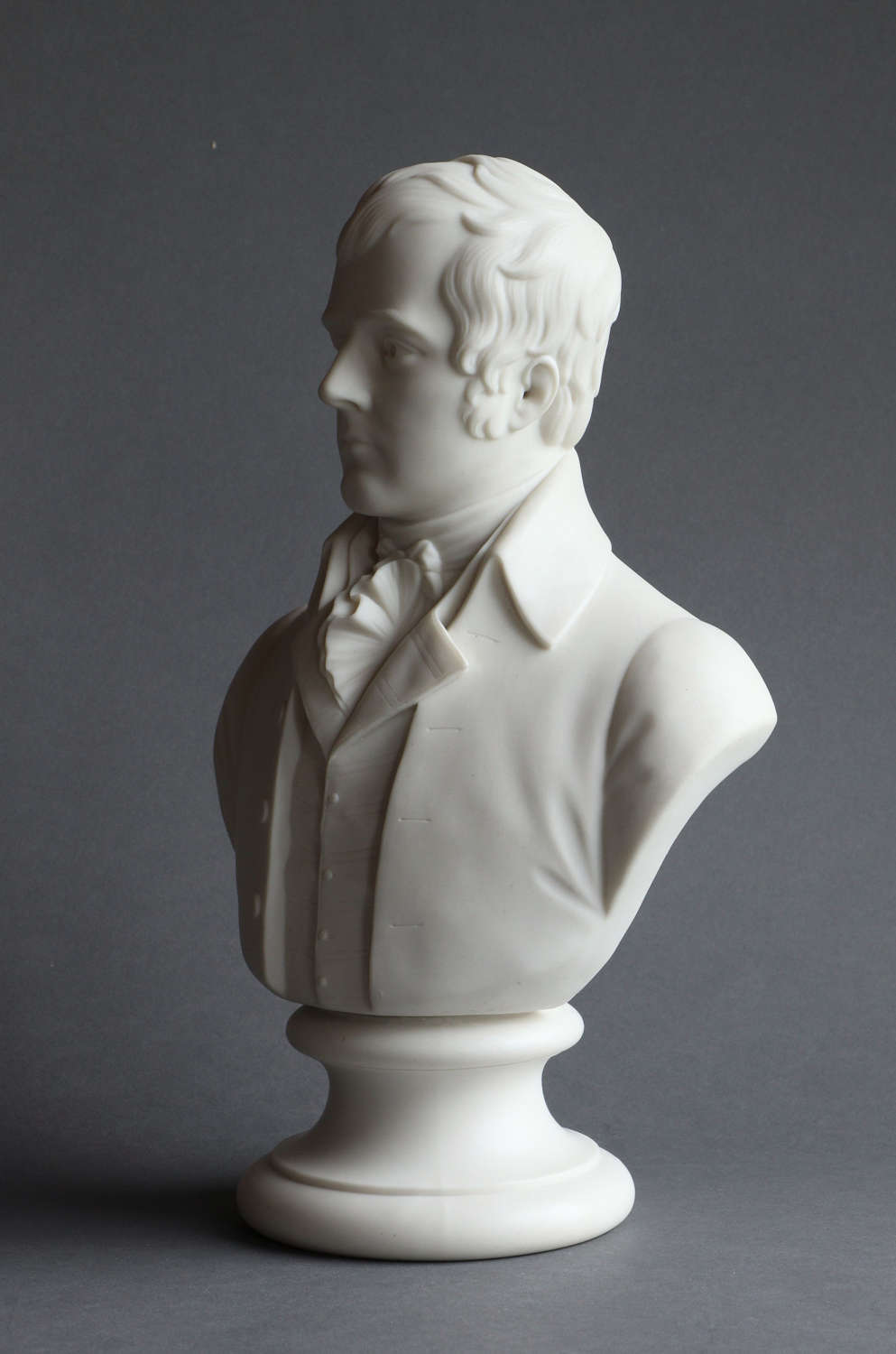 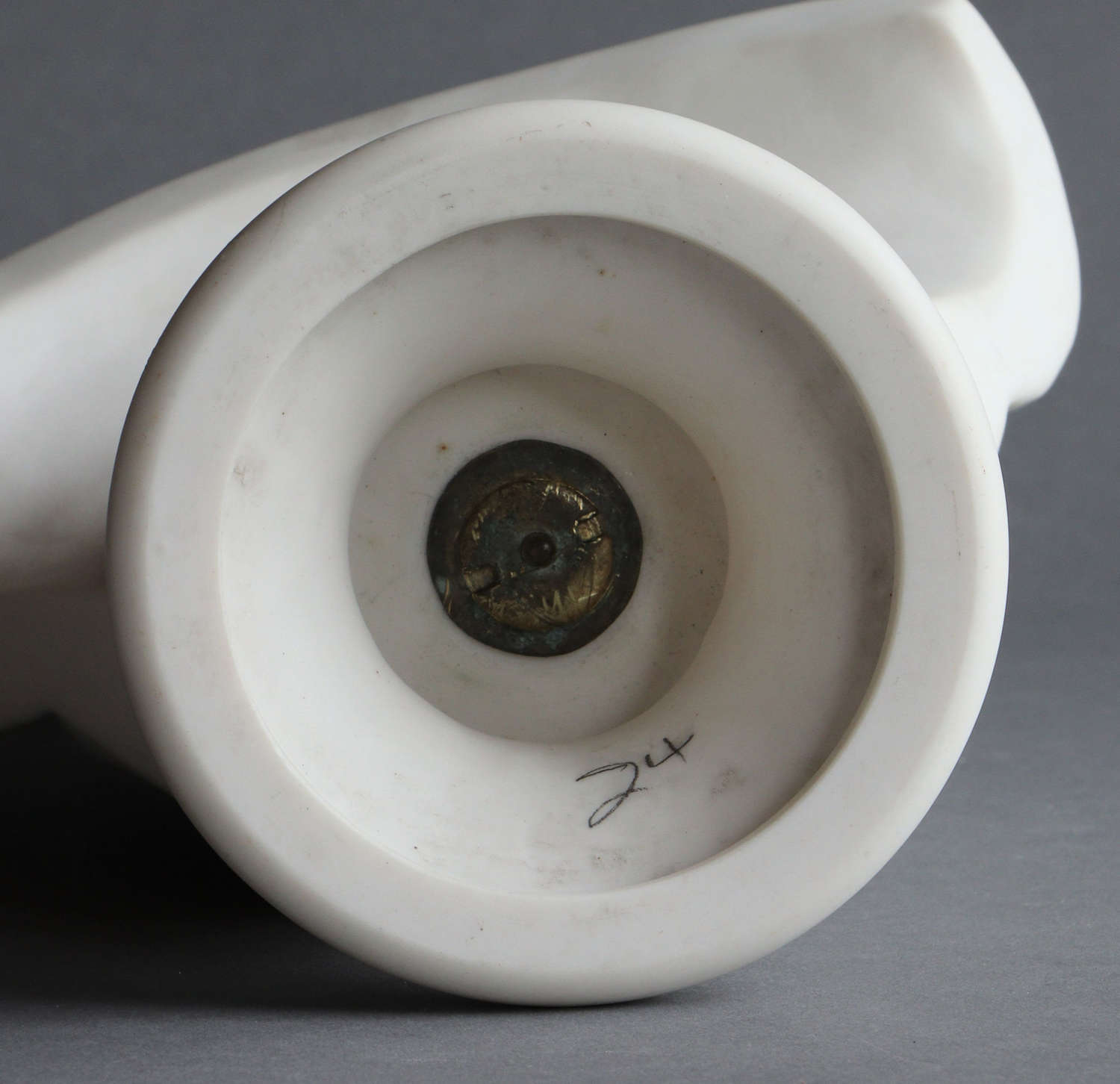