A Copeland Parian bust of Prince Albert by Theed

A Copeland Parian bust of Prince Albert sculpted by William Theed (1804 – 1891) and marked on the reverse “W Theed PubD 1864 JI”.  The socle is marked for the Crystal Palace Art Union. The bust is attached to the socle by a bolt. According to “The Parian Phenomenon”, the bust, together with one of Queen Victoria,  was made as for the Crystal Palace Art Union to present as a prize in 1865. 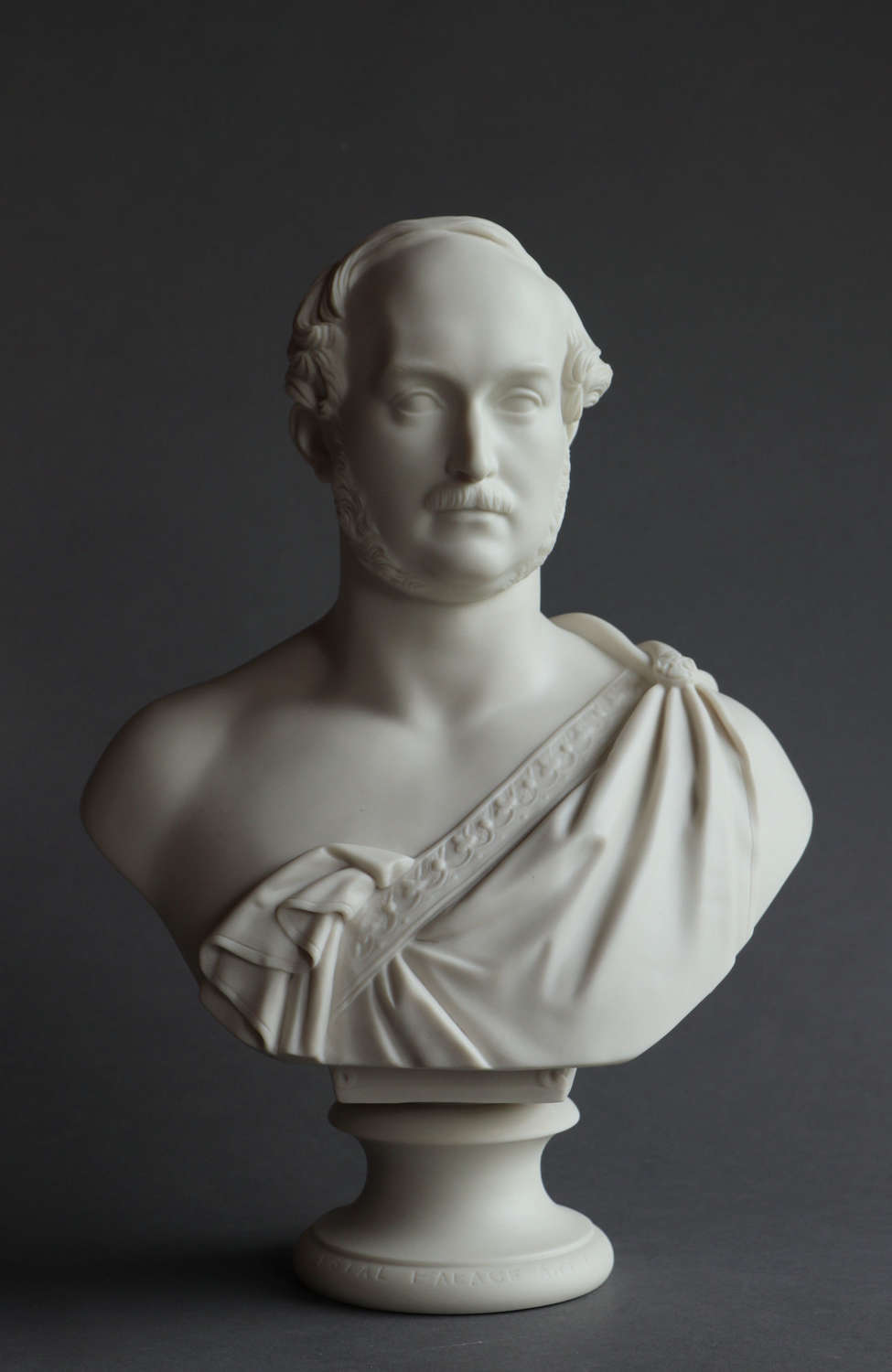 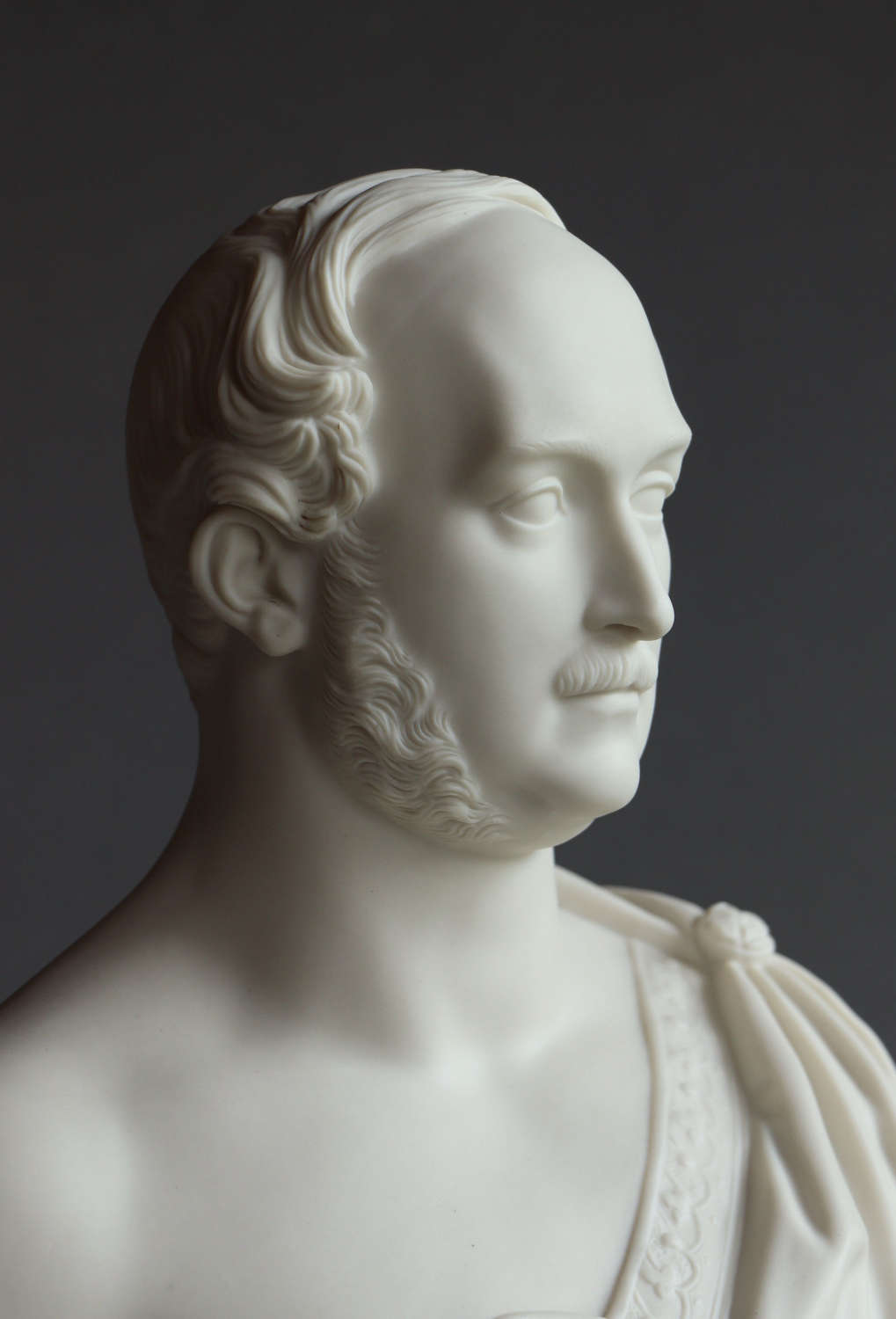 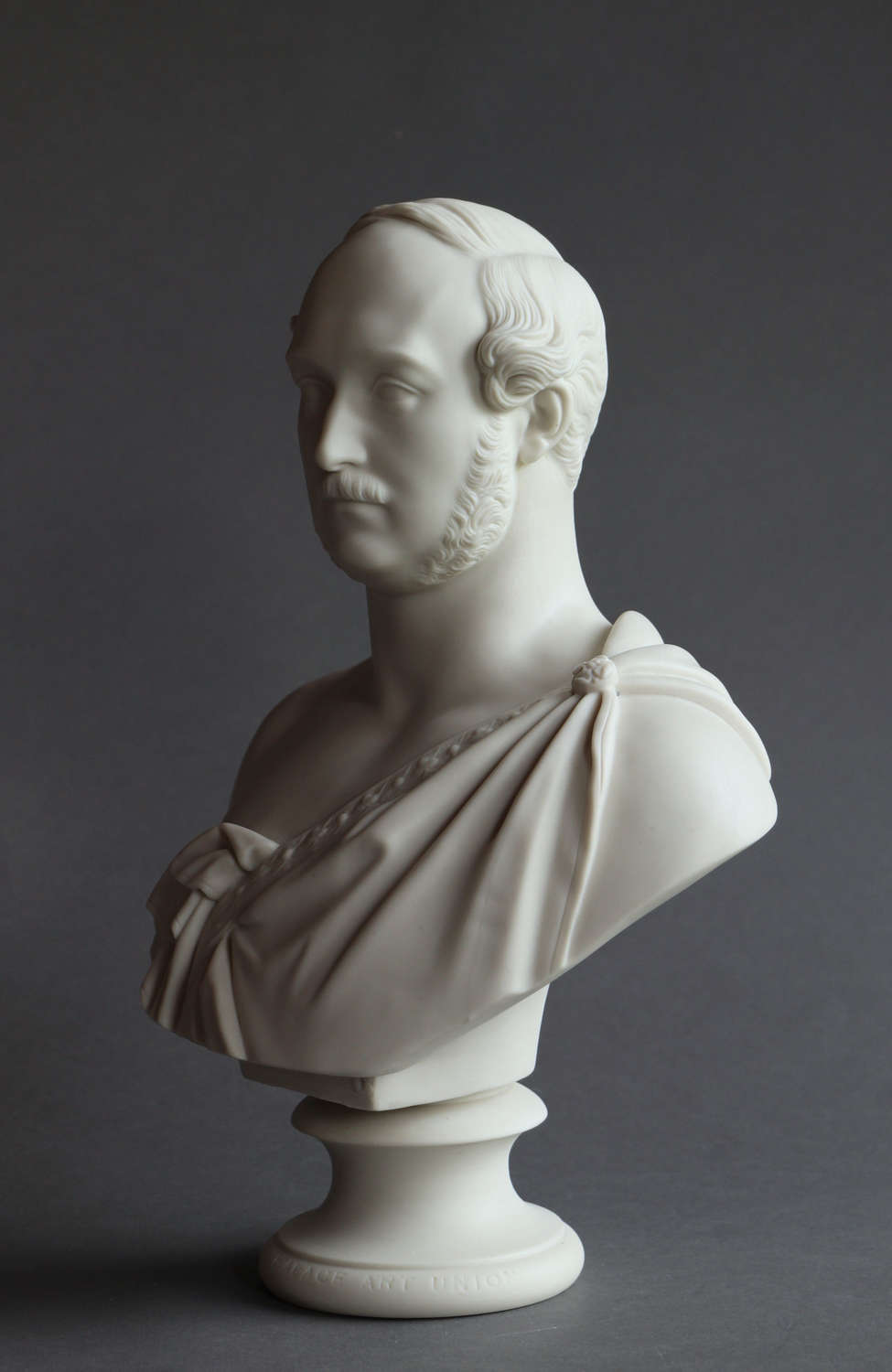 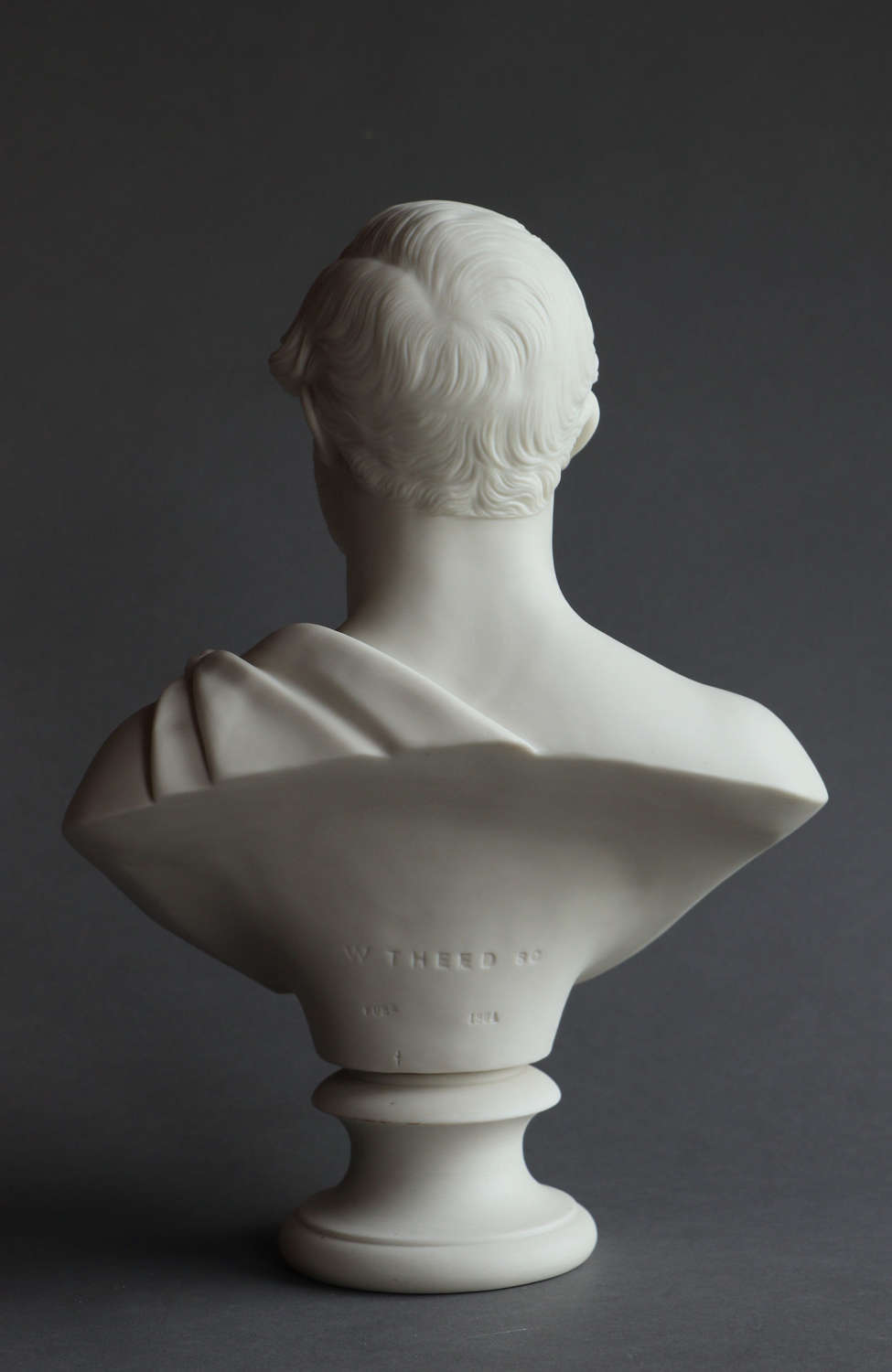 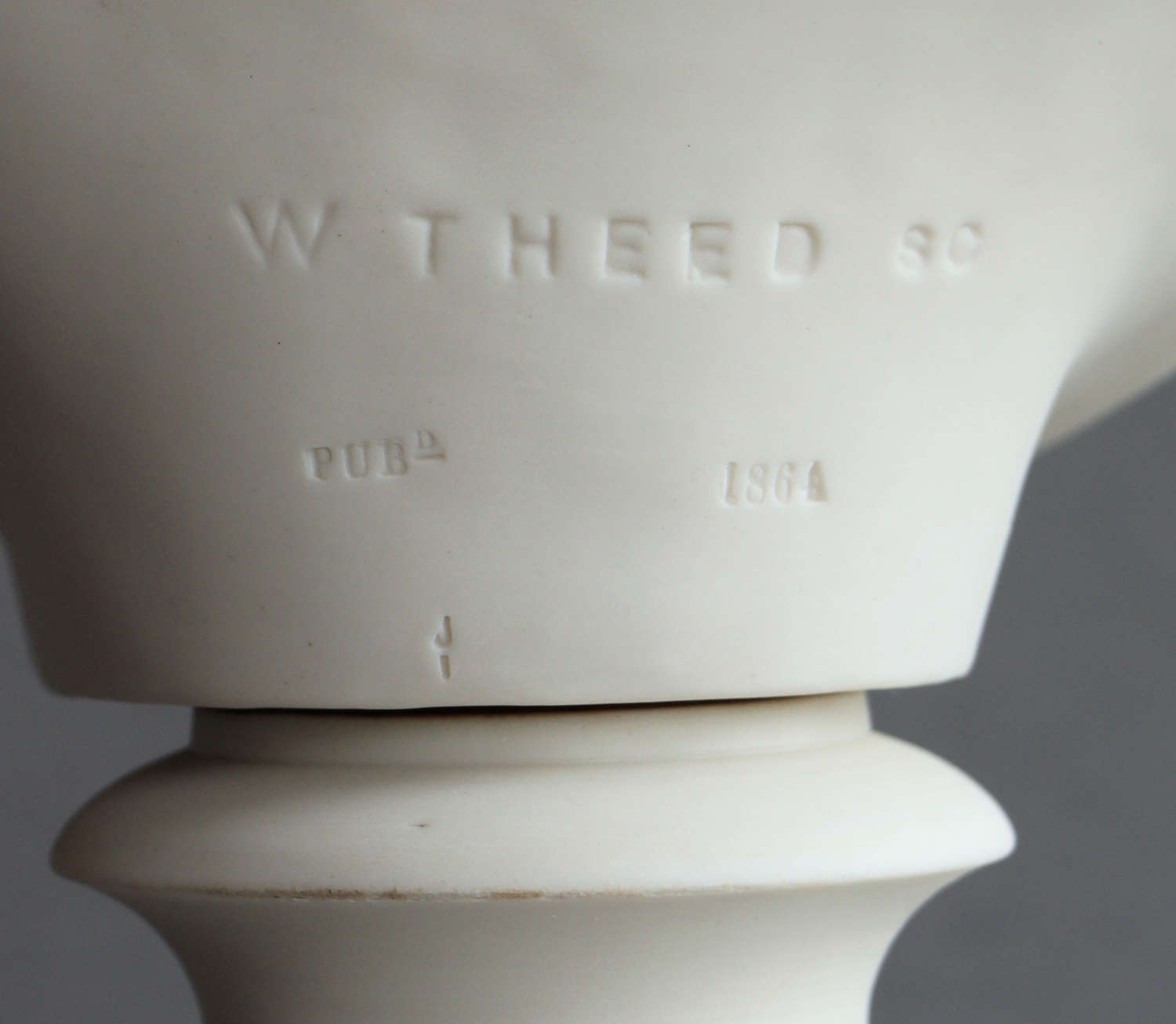 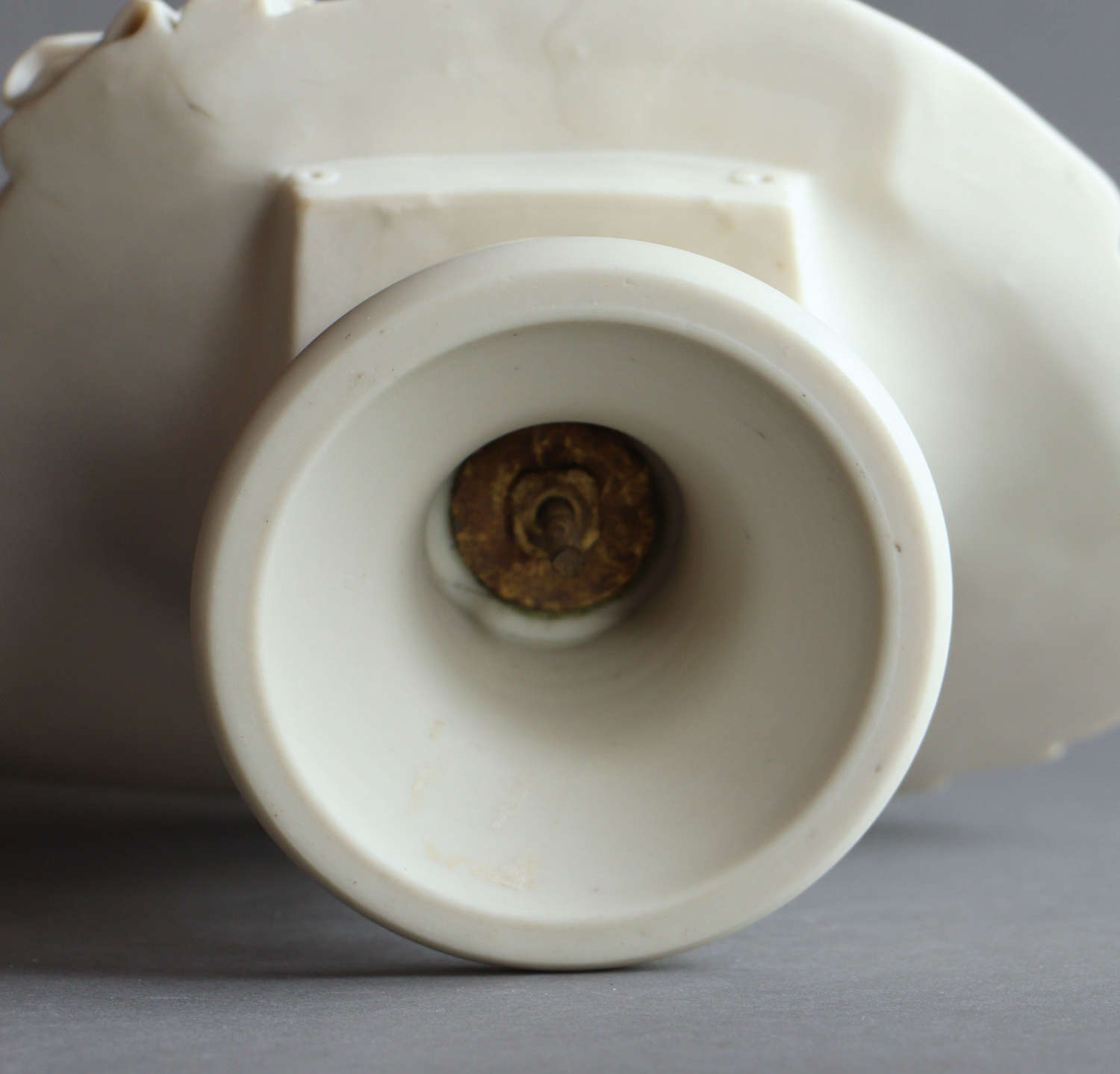